He had his eye on her starting in seventh grade 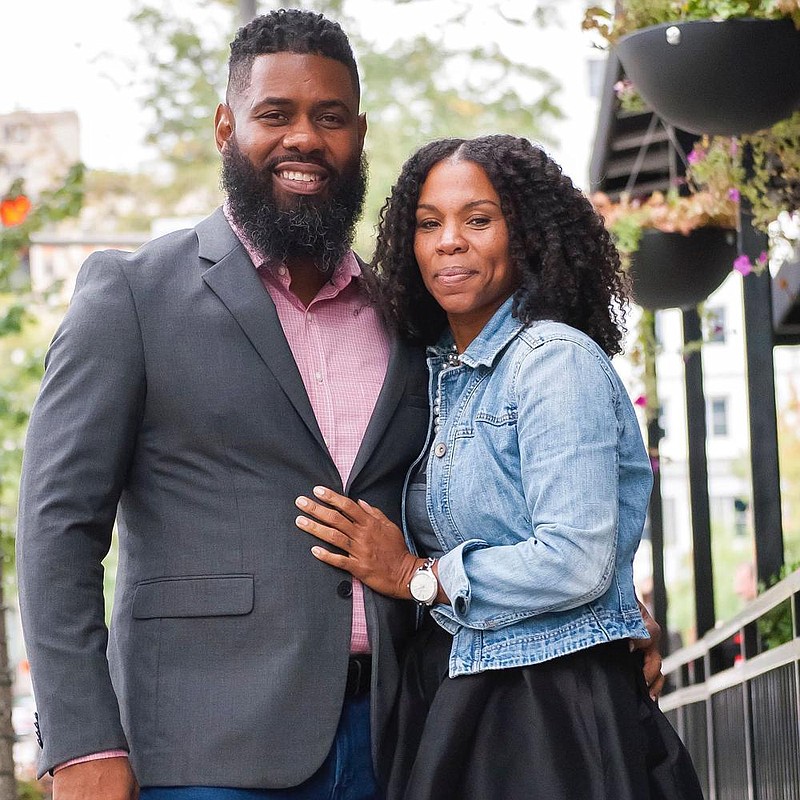 Alfred and Roz Warren were in seventh grade when they met in 1985. Alfred set his eyes on Roz immediately. “I actually told my friend, ‘She’s the one,’” he says. (Special to the Democrat-Gazette)

Alfred Warren first saw Roz Mosley at a track meet when they were in seventh grade. From their first introduction, the chase was on.

"I actually told my friend, 'She's the one,'" says Alfred, who was barely a teenager when he saw the love of his life get out of her mom's car in 1985.

Alfred went to Southwest Middle School, but one of his childhood friends, who attended church with him, went to school with Roz at Forest Heights Middle School. That girl was at the track meet, and Alfred asked her to introduce him to Roz, who was a cheerleader.

Alfred and Roz talked for just a few minutes.

They did exchange phone numbers, though, and they started chatting regularly.

"We talked all the time," Roz says. "He told me about his girlfriend problems. I told him about my boyfriend problems. We were just really good friends through middle school, even though we were at different schools."

They lost touch briefly in 10th grade when Roz started going to J.A. Fair High School and Alfred went to Parkview but quickly reconnected when Roz transferred to Parkview later that year.

"He was still, at that point, where he wanted me to be his girlfriend but I still wanted to be friends," Roz says.

They ate lunch together most days and often walked to class together, she says, acknowledging that Alfred's girlfriends were consistently nonplussed by his friendship with her.

Alfred settled for a platonic relationship with Roz back then because it was better than the alternative.

Alfred insists that Roz only changed her mind about being his girlfriend when he started dating another girl, but she says "it wasn't like that."

"I think it was just after spending so much time with him and being his friend and seeing the type of person he was and everything, I just became interested in being more than friends," she says. "One day we were at lunch and he walked me to class and he kissed me -- and the rest is history."

When they graduated from high school, Roz enrolled in classes at the University of Arkansas, Fayetteville. She went with Alfred's mother when she went to drop him off at Middle Tennessee State University in Murfreesboro, Tenn.

Within three weeks, Alfred had given up his scholarship at Middle Tennessee so he could join Roz in Fayetteville.

They were broke college students in 1991 when they got engaged.

"We were hanging out one night, eating some fries at McDonald's. We would buy fries and that was pretty much all we could afford," she says. "He asked me to marry him without a ring at that point."

He didn't have a ring right then because it was a spur of the moment thing, according to Alfred.

Both left Fayetteville at the end of that semester and moved back to Little Rock.

They were married on Nov. 7, 1992, at Greater Christ Temple in Little Rock.

They were moving from their parents' home into their own after college, and money was still tight. Their families gave them the choice of having a big wedding or having a small wedding and using their money on an apartment. They chose the latter.

Their best friends stood as their honor attendants, Roz in a church dress and Alfred in a suit as opposed to formal wedding attire. Alfred's grandfather performed the ceremony as their families and close friends looked on.

Alfred and Roz have three sons -- Alfred III, who lives in Washington, D.C., and Myles and Ellis, both of Little Rock.

Alfred is pastor at Body of Christ Worship Center. Roz is an access coordinator at the University of Arkansas for Medical Sciences, and she also does some work for the church.

Alfred hasn't forgotten the years that Roz didn't want to be his girlfriend.

"He says that all the time. He constantly reminds me and he tells our friends about how I turned him down so many times but that he was persistent and he got me in high school," she says. 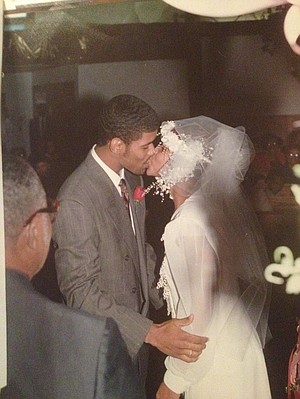 Alfred Warren and Roz Mosley were married on Nov. 7, 1992. They formed a close friendship before they dated, and they are finding no challenge being close during quarantine. “We spend every moment of our time together anyway so that’s not abnormal for us, except just being at home,” Roz says. “But we like being together. We kind of like each other.” (Special to the Democrat-Gazette)

Both were diagnosed with covid-19 in March.

"It was horrible," Roz says. "We wouldn't wish it on anybody."

But, overall, quarantine has agreed with them.

"We definitely have not had any issue with the quarantine," Roz says. "We spend every moment of our time together anyway so that's not abnormal for us, except just being at home. But we like being together. We kind of like each other."