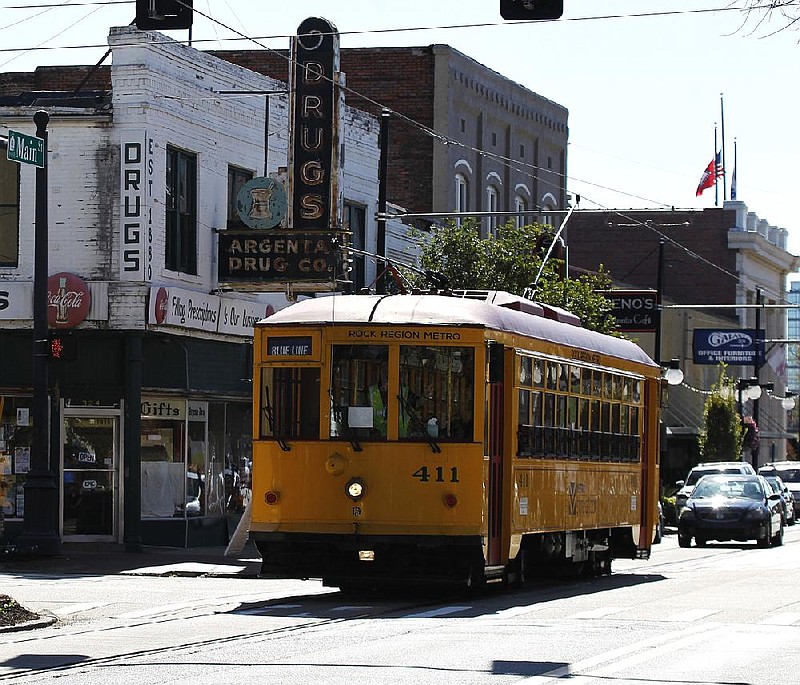 The North Little Rock City Council will vote today on whether to establish an entertainment district downtown to boost the economy during the covid-19 pandemic, officials said.

If passed, the “Argenta Outdoor Dining District” ordinance would allow restaurants, bars and breweries within the entertainment district to sell alcoholic beverages that may be taken out of the establishment and consumed within the district’s boundaries between 10 a.m. and 10 p.m. daily.

The creation of an entertainment district in the Argenta area will help promote an atmosphere that highlights restaurants, entertainment and hospitality options, the ordinance states. The boundaries of the district include Main Street and portions of Poplar Street, East Fifth Street and West Fourth Street. No outside beverages will be allowed in the area.

Mayor Joe Smith said in an email that he thinks the City Council will support the idea.

“I think it is our responsibility to give small businesses the opportunity to make a living during this time,” he said. “We want to do whatever we can to help.”

The North Little Rock Convention and Visitors Bureau will have the right to exclude the Argenta Plaza during specific times, the ordinance states.

Bob Major, president and chief executive officer of the North Little Rock Convention and Visitors Bureau, said with Smith’s leadership, representatives from several groups including the Argenta Downtown Council, Chamber of Commerce and the Economic Development Corp. crafted a plan for an entertainment district.

“An entertainment district in our city has been under consideration since the state legislation was passed allowing the formation,” he said. “Our city’s plan was to move forward slowly in developing a district which would work best for our businesses in Argenta, our residents and those visiting the area.”

Major said that he thinks the covid-19 pandemic has helped move forward the development of the district.

“We all want to help and support our restaurants, which are fighting to keep doing what they want to do and this is to serve great food to their customers,” he said.

Last year, Little Rock debuted its entertainment district where patrons received branded cups and wristbands allowing them to drink beer, wine and mixed drinks from open containers outside of establishments in the River Market.

Smith said the city learned from watching Little Rock that none of the problems that might come with an entertainment district seem insurmountable.

Major said by taking their time to establish the Argenta Outdoor Dining District they learned not only from Little Rock, but also from other cities in Arkansas.

He said, for example, it may be best to promote a dining experience over entertainment.

“There are a lot of entertainment districts, but an outdoor dining district makes our area in Argenta unique,” he said. “People can enjoy a meal, take a stroll during Art Walk and soon listen to music and relax in Argenta Plaza with a cup of whatever they choose.”

He said there will also be entertainment in Argenta that includes the plaza, The Joint, Argenta Community Theater or an impromptu street musician.