Take the wheel: Arkansas teens are still learning to drive

Pandemic makes passing along those skills even trickier by Kimberly Dishongh | June 8, 2020 at 2:00 a.m. 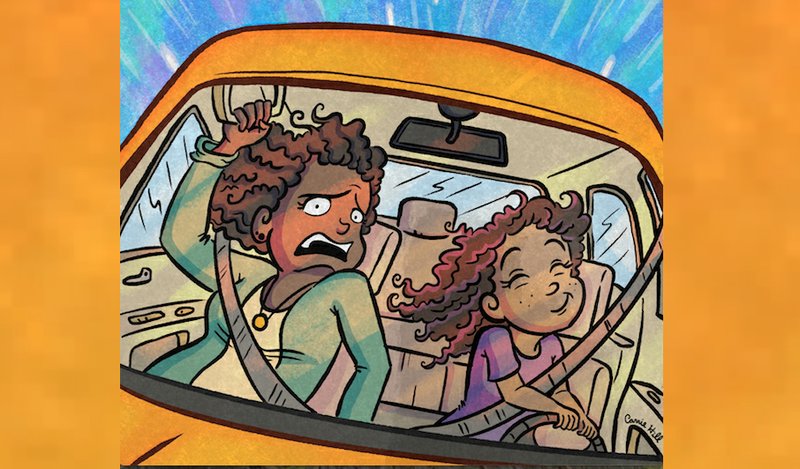 Schools went online this spring when covid-19 arrived in Arkansas and social distancing became the way of the world. But teenagers are still eager to hit the road. Adjustments are underway to help keep them safe from the virus and car crashes.

Driver education, while not mandatory in Arkansas, is something that simply shouldn't be put off, according to Brock Thompson, third-generation owner of Thompson Driving School in Little Rock.

"Kids get a permit at 14, and then get a driver's license at 16 and can drive themselves. So that's two years of supervised experience that doesn't do anything but shorten the day after they turned 14," Thompson says.

Arkansas has a graduated driver license program. At age 14, a teen can apply for an instruction permit, good for one year. After taking a knowledge exam and a vision test, a teen with an instruction permit can practice driving with a licensed driver who is 21 or older in the car. Between the ages of 14 and 16, teens with the instruction permit who pass a skills test can apply for a learner's license that allows them to drive, with restrictions. Applicants who turn 16 before they have completed six months of supervised driving, with restrictions, must complete the six months before they can obtain the license that is issued to drivers between age 16 and 18, an intermediate license.

Driver education programs were categorized as essential services by the Cybersecurity and Infrastructure Security Agency of the U.S. Department of Homeland Security when covid-19 hit the United States.

Thompson had already chosen to put his company's private driving lessons on hold, and when he got many cancellations for an in-class instruction session that was scheduled for April, he made some quick adjustments.

"Instead of canceling that class, we gave people the option of either doing it virtually or delaying it," he says. "I think we had 25 people and 14 wanted to move forward with the virtual class."

The 30-hour class was completed over five Sunday afternoons, just like the in-person classes would have been. All but one student completed the final 125-question exam with the 80% or better score that Thompson's requires for passing the class. 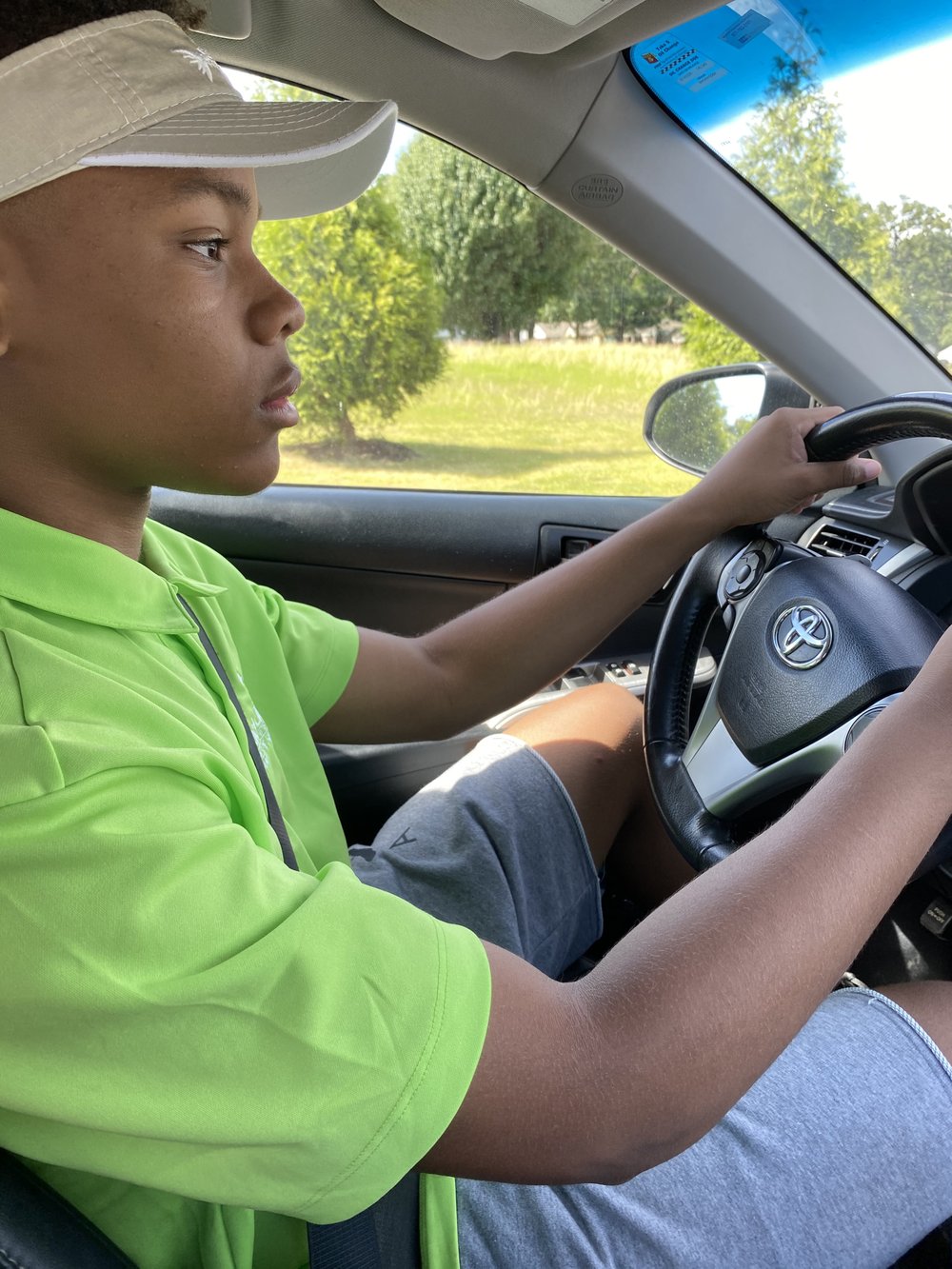 Fifteen-year-old Addison Shelton of Maumelle has been preparing to drive for a year and recently passed his driving skills test. (Special to the Democrat-Gazette/Yolanda Shelton)

"He loved it, and I could tell he got a lot out of going to Thompson's," says Addison's mom, Yolanda Shelton. "The instructor tells the kids about what will happen in certain circumstances and he takes it very serious, and I can tell Addison takes it very seriously because he's always quoting something that guy would say."

The written portion of the test, required to get a Class D (conventional motor vehicle) instruction permit, has been available throughout the pandemic at Arkansas State Police Troop Headquarters only. The Arkansas State Police issued temporary limits on the skills part of the testing procedure March 18, and resumed giving those exams May 4, but test takers are required to schedule exams online in advance at ark.org/asp_driver_scheduler.

"Right now, we only have 12 properties around the state where any testing is being handled," State Police spokesman Bill Sadler says. "We don't have locations in every county. Right now many of those locations have been closed or are not accessible to the public."

When Yolanda Shelton went online to schedule her son's driving exam, appointments at the Little Rock location were booked for several weeks out, so she set up an exam for him in Pine Bluff.

Addison says he thinks he's a safer driver because of what he learned in the class.

The instructor, he says, "makes you, not scared, but more cautious about driving."

He learned the dangers of texting and driving, what to do if he ever loses control of the vehicle he's driving and that driving is a privilege, not a right. Now that he's in the know, he reminds his mom when to put on their turn signals while driving — 100 feet or 500 feet in advance of a turn, depending on the situation, he explains.

"I think she appreciates it," he says. "She seems like she does."

Yolanda Shelton does appreciate that her son knows the rules of the road.

"Every time I leave the house, even with covid-19, if I'm going to the grocery store or Walgreens or whatever, he wants to drive," she says. "We have had some really gripping-the-side-of-the-door moments but also we have some laughs behind it and it's just another way to make memories because, you know, they're growing up so fast."

"I felt like it was something that she kind of needed to be motivated to do," says Bell, who waited for her daughter to take the lead in studying for the written exam. "She's been taking rigorous classes and she has a part-time job, and it may have been a juggle of time-management."

Bell wants Kaylin to be skilled enough to drive to her high school, not far from home. Bell's younger daughter, Dionne, 14, will be attending the same school.

"I want her to feel confident enough that she can drive herself and Dionne to school and herself to work," Bell says.

"Little Rock is very hilly," Bell says. "You forget about those types of things because you get so comfortable with it, but for a new driver you have to learn when to slow down, when to stop, when to use the gas, the brake, things like that."

Bell said she considered a driver education program for Kaylin and hasn't ruled one out for later.

"The traffic is pretty low because people are still sheltered and so I feel a little more confident, comfortable with her going out," she says. "But if we decide to do a class, I would have to research those practices and make sure that they're cleaning [the insides of the cars] and all that." 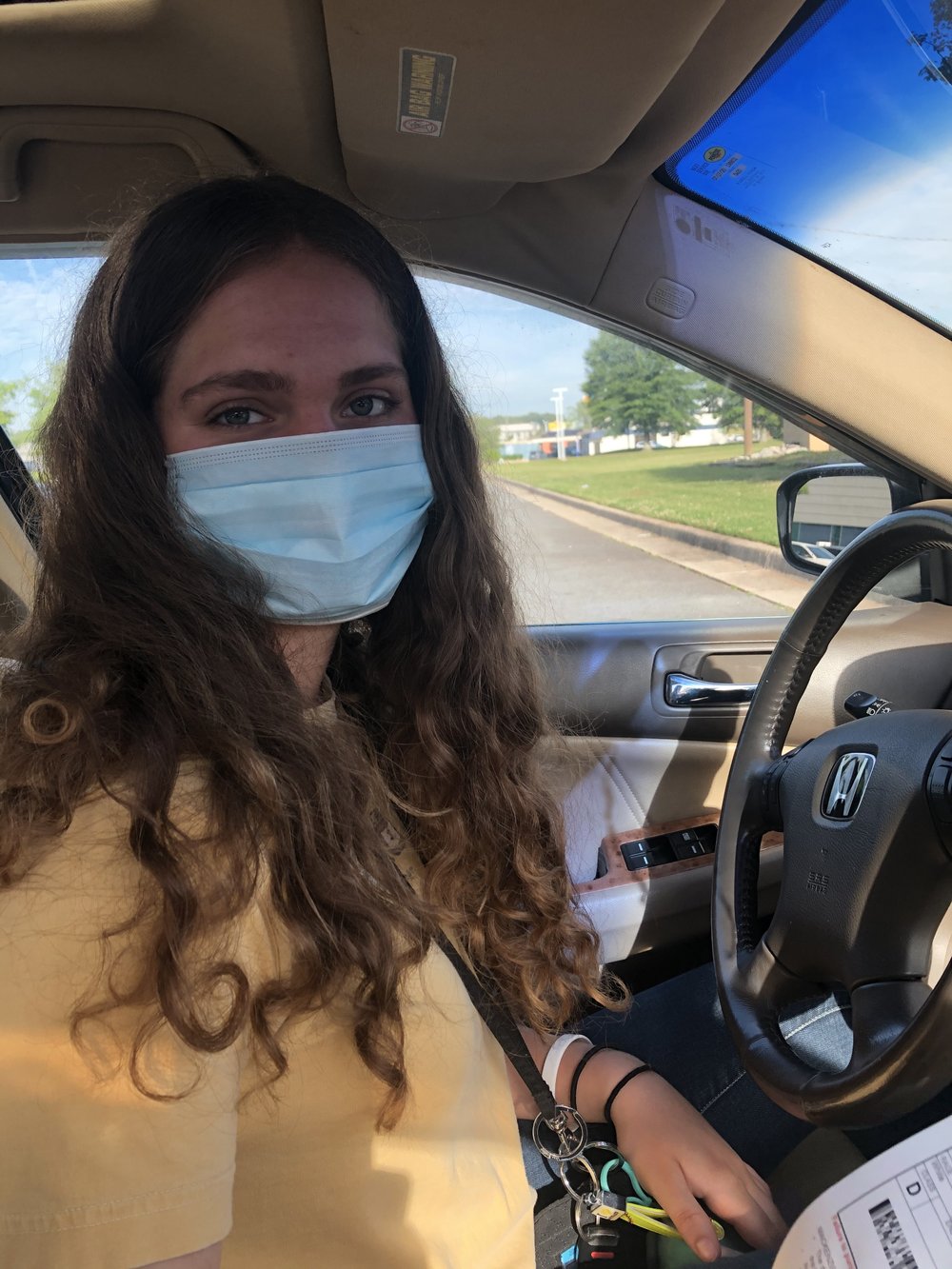 Mackenzie Childers of Little Rock celebrated her 16th birthday June 2 while taking her driving exam at Arkansas State Police Headquarters, while wearing her mask. (Special to the Democrat-Gazette/Sherry Childers)

Kimma Harper, owner of the Driving Academy of Northwest Arkansas in Bentonville, has offered a hybrid of virtual and classroom instruction to students who take that path during the pandemic.

Students who choose the online method for the classroom portion are required to come to the school on the first day and the last day, to pick up materials, including a steering wheel cover she uses in interactive instruction. Most of her classes have about 14 students in person, spaced six feet apart, and about 14 others joining by Zoom.

She only awards certificates, which are needed to apply for a multi-year discount from an insurance company, to students who pass classroom and private driving lessons through her company, after a minimum of 36 hours of instruction.

"Teenagers tend to be very overconfident, like, 'I already know how to drive. My mom's just making me take these lessons,'" Harper says of students who might take the driving portion of her program. "We have a hard time changing that mindset when we don't get them in the classroom. In the classroom, we're able to change their mindset regarding driving. It helps them understand, put a healthy respect — not fear — for driving and help them see how there's so many things they can do to reduce their risk of being in a wreck."

Lea Ellen Jones had no idea back in January when she signed her 14-year-old son Payson up for a class at Harper's driving school that there would be a pandemic underway when class time rolled around.

"We prefer an in-person lesson," says Jones, whose older son, William, 21, took the class a few years ago.

She decided against a virtual class because she thinks Payson benefits more from face-to-face instruction. Covid-19 was not going to sway her from sending him to driver education, though.

"As a parent, you want to be able to do everything you can to prepare your child for whatever kind of experiences they're going to have and the decisions that they're going to make," she says. "We felt that with driving, we wanted to make sure that they had all the information that they could get aside from us and be prepared as they could possibly be when they started to drive."