UALR catcher gets attention of MLB 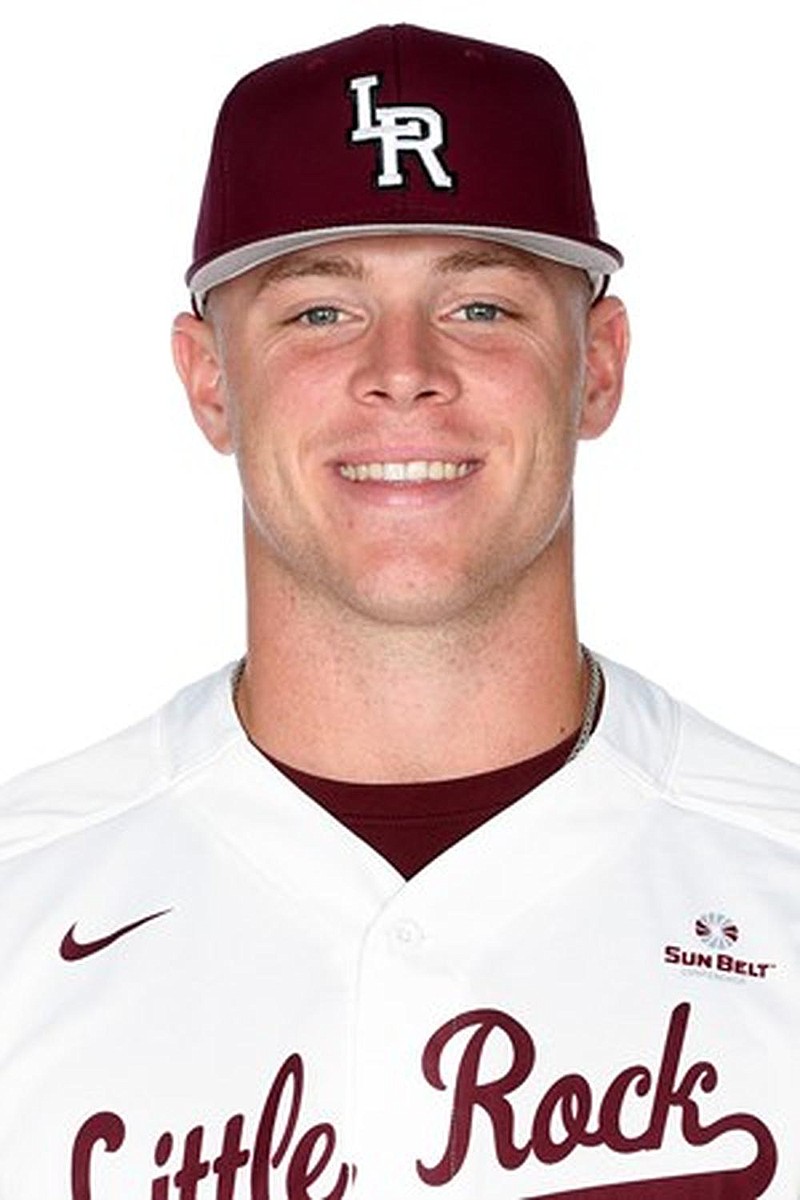 The build-up to this week for Kale Emshoff has been long and, admittedly, boring. The same can be said for pretty much any other prospect hoping to have his name called in the Major League Baseball Draft.

Emshoff, a redshirt junior catcher at the University of Arkansas at Little Rock, began this season on a tear at the plate after Tommy John surgery forced him to miss all of 2019. But because of the coronavirus pandemic, for the past two-and-a-half months, all of that has gone to waste.

Emshoff has been back in his hometown of Robstown, Texas, with his family -- still training, but mostly doing a lot of waiting.

But his big-league dreams could come true this week.

"Man, it's been weird," Emshoff told the Arkansas Democrat-Gazette. "I came home [after the shutdown], and I took a few days off to hang out with my family, but then just sitting at home you just get so bored. But also as a baseball player and an athlete, you got a job to do. You got to go keep your body in shape and just be ready for the next time you're gonna be on the field."

According to MLB.com's rankings, Emshoff, 22, is the No. 146 overall prospect and the No. 10 catcher. The MLB Draft's first round gets underway Wednesday at 6 p.m. Central on MLB Network and ESPN, with rounds 2-5 slated to start on Thursday at 4 p.m. on MLB Network and ESPN2. Normally the draft spans 40 rounds, but it's been trimmed to five this year because of the effect the pandemic has had on the baseball world.

There's a chance Emshoff could become the Trojans' highest-drafted player in program history. Former UALR catcher Rick Guarno -- who is currently an assistant coach and recruiting coordinator at Arkansas State University -- was selected in the fourth round and 107th overall by the Colorado Rockies in the 2003 draft, the only time in program history the Trojans have had a player taken in the first five rounds.

Emshoff estimated he's spoken with "probably over 95%" of MLB clubs, and he said he had strong conversations with the Rockies, Kansas City Royals and San Diego Padres.

"I believe I do [have a good shot at getting drafted]. Deep down in my gut, I know I probably won't have a problem," Emshoff said. "But at the same time, it's always lurking in the back of your head. You know, five rounds is not that much. Compared to 40? I would feel better if it was 10 rounds."

"He grades out really, really well with his power. Some scouts have said it's a 65 or 70 grade power, which is above major-league average. Projected middle of the order major-league power," Curry said. "His receiving and defensive skills are very much above average."

Curry said one knock on Emshoff is that he's not too far removed from Tommy John surgery.

"Back when we were playing, his arm was just getting completely healthy, and so the scouts did not get to see him fully healthy," Curry said. "His arm feels great now, and he's been working out."

A former star at Calallen High School near Corpus Christi, Emshoff originally signed on to play at Wharton County Junior College near Houston. He had only two Division I offers -- one at Grand Canyon University in Phoenix, the other at UALR.

Emshoff said he was set on going to Grand Canyon, but upon meeting Curry for the first time and going out to dinner with him, his mind quickly changed.

"He said if I want to be a pro catcher, I'll come here," Emshoff said.

But it was later that year, in the fall of 2018, when Emshoff suffered a freak injury that set him back.

On Oct. 2, during a scrimmage on the team's "scout day," Emshoff made a routine throw to second base that left the ulnar collateral ligament in his right elbow torn.

"It just popped," Emshoff said. "It felt like you cracking a finger almost."

Emshoff underwent Tommy John surgery -- a procedure most often performed on pitchers -- on his elbow later that month in Pensacola, Fla. His 2019 season was lost, and he was forced to redshirt in a year he was supposed to be draft eligible.

"The way the season ended is heartbreaking," Emshoff said. "I had a goal set before the season even started that I was gonna hit 20-plus home runs, and I was already at seven within 17 games.

"The baseball was like a beach ball to me. And my arm, with each game and as the hot weather started coming, my arm just kept getting better and better and stronger, too."

College and high school players with draft aspirations are facing uncertain futures because of the pandemic. With the shortened draft, instead of more than 1,000 players getting selected, just 160 will.

That naturally will leave hundreds of players who would have normally been destined to enter minor-league systems to now either head to college or return for another college season.

"We feel really confident that he's gonna get a shot," Curry said. "There are so many factors that are unrelated to Kale and unforeseen things that you just don't know, but I feel like he's in the top group of catchers in the country for sure."

Emshoff said he doesn't think he'll return to UALR if he doesn't get selected.

"I'd probably think about the free-agent deal, but then again I would need to talk to my family about it and see what they think, get their word on it, and talk to Coach Curry, too," Emshoff said. "I'm at that point where I'm 22 ... right now guys my age are already in Double-A ball. Twenty-two years old, you should be high up, and I'm sure if my arm wouldn't have popped that's where I'd already be.

"But this is just the way it went and guess just having to wait my turn."