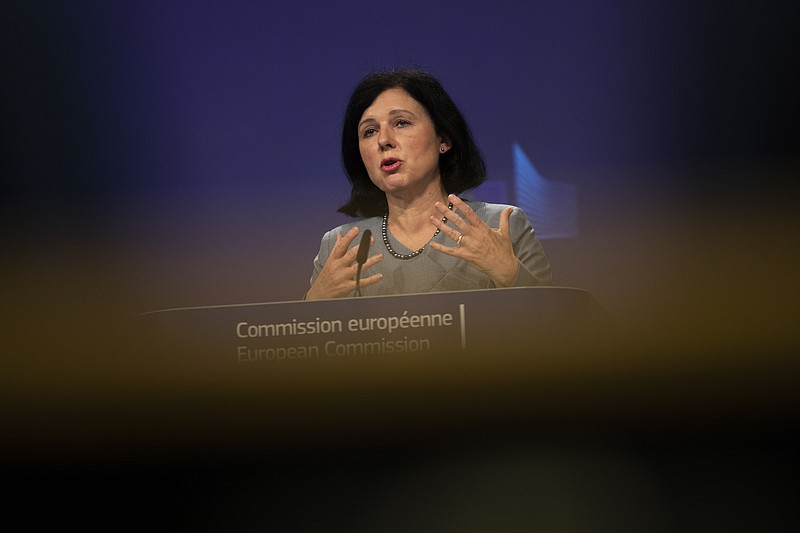 BRUSSELS -- A senior European Union official warned online platforms like Google and Facebook on Wednesday to step up the fight against fake news coming notably from countries like China and Russia, and she praised the approach of Twitter for fact-checking a tweet by President Donald Trump.

Unveiling a plan to fight disinformation linked to the coronavirus, European Commission Vice President Vera Jourova said she wants online tech companies to provide far more detailed reports each month than currently on the action they are taking to prevent a fake news "infodemic."

The EU commission said that "foreign actors and certain third countries, in particular Russia and China" are flooding Europe with "targeted influence operations and disinformation campaigns." It cited dangerous misinformation like claims that drinking bleach can cure the disease and that washing hands does not help prevent its spread.

"I'm afraid the disinformation flow will continue," Jourova said, adding that vaccination seems to be the next big topic subject to misinformation. She cited a study showing "that the willingness in Germany to take up vaccination decreased by almost 20 percentage points in less than two months."

Jourova praised those U.S. digital giants that agreed to extra scrutiny under a voluntary code of practice aimed at halting the spread of disinformation linked to the virus, but she told reporters that this is just a first step and that "there is room for improvement."

"They have to open up and offer more evidence that the measures they have taken are working well. They also have to enable the public to identify new threats independently. We invite them now to provide monthly reports with more granular information than ever before," Jourova said.

She noted that short-video app TikTok would soon sign up to the disinformation code of practice, started in 2018.

While the commission praised platforms for removing millions of misleading ads, some of which duped consumers into buying expensive or potentially dangerous products, Jourova called on the companies "to provide monthly reports with more granular information than ever before."

The reports should include what they're doing to promote reliable and authoritative content, data on how they're highlighting information from national and international health agencies, steps they're taking to improve user awareness, and details about any social media manipulation the companies might find.

Jourova played down concerns that the EU commission, which proposes laws in the 27-nation bloc and ensures that they are enforced, plans to regulate misinformation itself, saying: "I don't want to create a ministry of truth."

But she praised the approach of Twitter last month, when it placed fact-check warnings on two tweets from Trump's own account that called mail-in election ballots "fraudulent" and predicted problems with the November U.S. elections.

Under the tweets, there is now a link reading "Get the facts about mail-in ballots" that guides users to a Twitter "moments" page with fact checks and news stories about Trump's unsubstantiated claims.

"I support the Twitter reaction to tweets of President Trump," Jourova told reporters. "They did not delete it. We all can see it. They provided fact-checked information and promoted facts."

The big U.S. tech companies, which have been filing monthly reports since February 2019 on progress eradicating fake news in general from their platforms, said they supported the EU's new request for more detailed data on their work to limit virus-related disinformation and advertising.

"We share the European Commission's goal of reducing misinformation about covid-19," Facebook said in a statement. The company noted its efforts on fact-checking, labelling content and "removing hundreds of thousands of pieces of misinformation about the virus that could lead to imminent physical harm."

Twitter has been "engaging with the European Commission, as well as industry partners, civil society and the research community, since February specifically on covid-19," said Sinead McSweeney, its vice president of public policy. The social media company said it was strengthening how it tackles misinformation, including promoting better media literacy across the EU.

Google said it's cooperating with Jourova and national authorities and is committed to finding "new and creative ways to continue the fight against disinformation."

Information for this article was contributed by Kelvin Chan of The Associated Press. 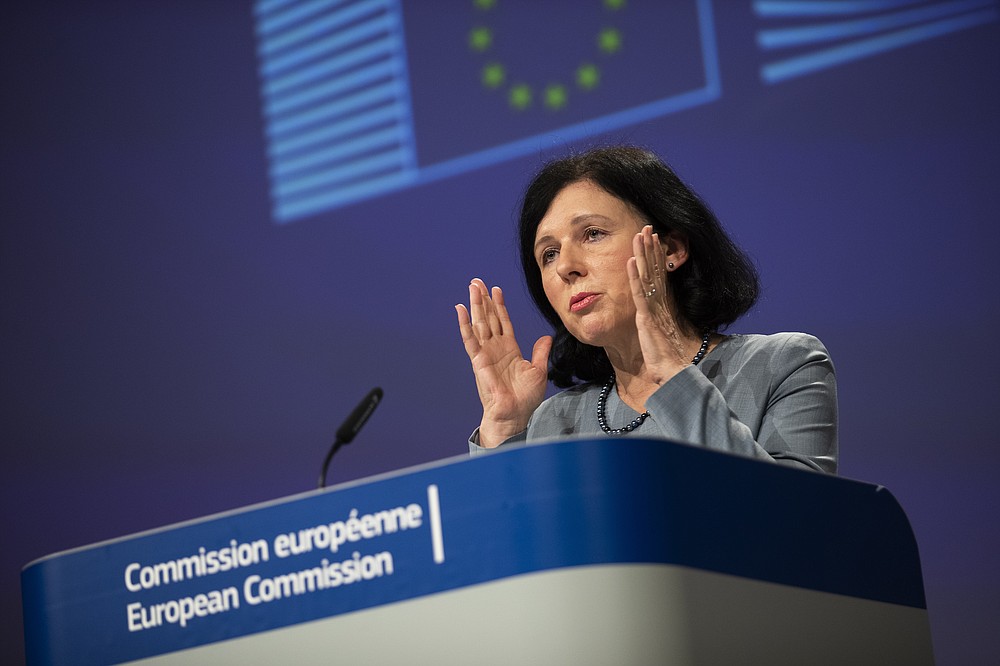