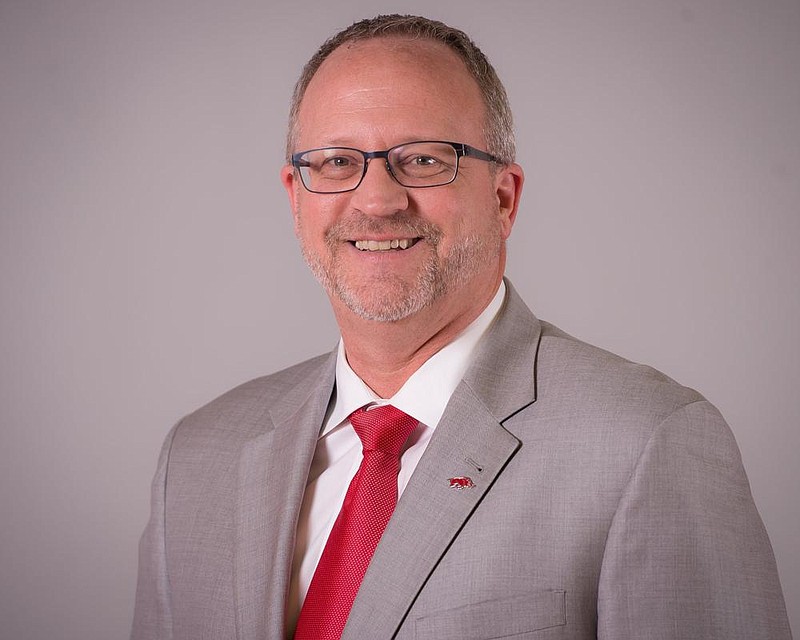 FAYETTEVILLE -- The University of Arkansas women's basketball team plans to play all four of the other Division I programs in the state beginning in the 2021-22 season.

Neighbors said the 2021-22 matchup against UALR will be played at Walton Arena in Fayetteville. It will be the start of a four-year home-and-home agreement between the programs, which will include games at the Jack Stephens Center in Little Rock.

The Razorbacks' four-year series against Arkansas State will begin in 2021-22 at First National Bank Arena in Jonesboro. The Razorbacks will play either UAPB or UCA at Simmons Bank Arena that season, and will play at the other team's home arena, Neighbors said. UCA and UAPB also will play future games in Fayetteville.

The Razorbacks' long-standing ban on playing Arkansas State and UCA ended last week when Arkansas Athletic Director Hunter Yurachek informed coaches they can schedule any in-state school in all sports but football. The Razorbacks had been able to schedule teams from the UA System, including UALR and UAPB, the past two seasons.

"I was one of those 10-year-old kids in Arkansas that never could figure out why we didn't [play in-state schools]," said Neighbors, a UA graduate who grew up in Greenwood. "I understand it, and I know why it was there for a while, but I think it's great we're going to get to be a part of the first ones of all these."

Arkansas has played Arkansas State eight times, UALR twice and UCA once in its history. The Razorbacks never have played UAPB.

"It's something that I'm excited to have the opportunity to do," UCA Coach Sandra Rushing said. "We're still working out the details and things, and that'll probably take a little time because we've got other things on our plate we have to worry about. I wish we could play this year.

"I think it's going to help a lot. I realize they are SEC, but the thing is, it's going to give us a little more exposure in the state with women's basketball."

The Razorbacks' last game against an in-state opponent prior to last season was 2005 when they lost 98-84 in a WNIT game at Arkansas State.

Prior to an 86-53 victory over UALR at Simmons Bank Arena in December, Arkansas had not scheduled an in-state school since a 1983 game against Arkansas State in Jonesboro.

"Our series with Arkansas is good for the state, good for basketball fans and good for both programs," UALR Coach Joe Foley tweeted Wednesday. "I'm excited for our program to face the Razorbacks again."

Neighbors said he is friends with the other four Division I head coaches in the state: Foley at UALR, Matt Daniel at Arkansas State, Dawn Brown at UAPB and Rushing at UCA.

"I told them all as we were talking that if different people had been in charge at different places, this might not have worked," Neighbors said. "Because they are all in charge of their programs at this time, it worked out perfect."

Neighbors is the second coach at Arkansas who has said he will schedule all of the other Division I teams in the state. Arkansas baseball Coach Dave Van Horn on Monday said his team will play all four teams in 2021. 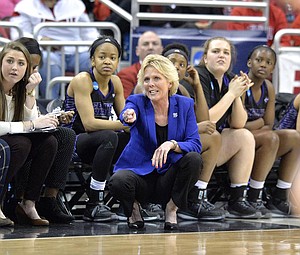 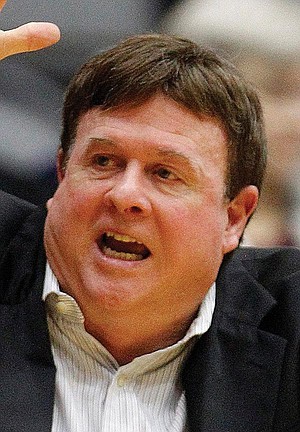 UALR head coach Joe Foley talks to his players during the fourth quarter of the Trojans' 58-46 win on Thursday, Jan. 9, 2020, at the Jack Stephens Center in Little Rock. (Arkansas Democrat-Gazette/Thomas Metthe)
ADVERTISEMENT