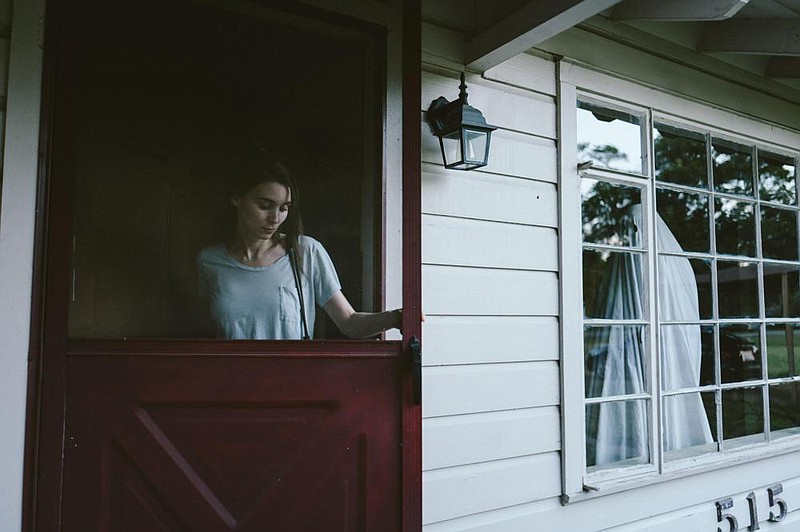 Rooney Mara is literally (and gently) haunted by the spirit of her late husband in David Lowery’s unconventional love romance A Ghost Story (2017), one of the better dramas of the 21st century.

A couple of weeks ago, we took a look at what Hollywood had to offer. This time around, we get to sort through some of the most interesting independent drama offerings currently streaming. You will note a vastly more multicultural list this week -- unsurprising, considering Hollywood's historic and remaining white male dominance -- which opens doors up considerably to more original and daring possibilities. There is also a more raw quality to many of these films, less inclined to couch difficult truths behind a scrubbed veneer. ¡Vive la differencia! We went big, now we telescope way down into the grit of life.

A Ghost Story (2017): Yes, another opportunity for me to further canonize one of my favorite films of the teens. David Lowery's philosophical treatise never feels dry or distanced, because, in the end, its emotional core is very much rooted in the love and dedication a now-dead husband has for his wife. Just don't get it twisted: This is about as far from Ghost as you could conceivably get, and that's a good thing.

Sample Dialogue: "We build our legacy piece by piece and maybe the whole world will remember you or maybe just a couple of people, but you do what you can to make sure you're still around after you're gone."

Blue Valentine (2010): This brutally honest depiction of a collapsing relationship features as its superlative leads a pair of actors who would go on to other commendable projects (Michelle Williams and Ryan Gosling), but the naked and bleeding work they do in Derek Cianfrance's film might end up some of the best of their careers. Heartbreaking, but fair.

Sample Dialogue: "I'm so out of love with you. I've got nothing left for you, nothing, nothing. Nothing, there is nothing here for you."

Pi (1998): Darren Aronofsky's feature debut is like a brain teaser wrapped within an enigma and put inside an intricate codex. Ostensibly, it's about a young mathematician (Sean Gullette) seeking out a kind of universal number that somehow could unlock the waves and patterns of the universe -- but along the way, he understandably begins a descent into psychosis. Aronofsky remains one of America's most indelible directors of the last couple of decades, and it was clear from the jump the kid had the goods.

Sample Dialogue: "As soon as you discard scientific rigor, you're no longer a mathematician, you're a numerologist."

Moonlight (2016): There's a good chance you are already well-aware of this one, Barry Jenkins' moving second feature, which won the 2016 Oscar for Best Picture in a huge upset (one you may recall, was also part of the biggest flub in Oscars' history). In case you haven't seen it, however, this emotionally wrought triptych -- we watch a young boy on the mean streets of Miami grow into adolescence and then to adulthood (respectively played by Jaden Piner, Jharrel Jerome and André Holland), while harboring a secret -- is deeply affecting. Also, the breakout performance for Mahershala Ali, who won a Best Supporting Actor Oscar for his efforts.

Sample Dialogue: "OK. Let your head rest in my hand. Relax. I got you. I promise. I won't let you go. Hey man. I got you. There you go. Ten Seconds. Right there. You in the middle of the world."

Mudbound (2017): Dee Rees' hardscrabble, post-WWII drama, about a pair of poor families, one black and one white, who share the same piece of land, is studied and thoughtful enough to keep it from being a simpler sort of screed. Based on the novel by Hillary Jordan, Rees' precise style, and the believable mise-en-scene, lends it an appropriately literary vibe.

Sample Dialogue: "You know what? You're absolutely right. When we was overseas they didn't make us use the back door. General Patton put us on the front line. Yes, sir. You know what we did? We kicked the hell out of Hitler and them Jerries! While y'all at home, safe and sound ..."

Please Give (2010): I couldn't make a list like this without including one of Nicole Holofcener's acerbically comic interpersonal dramas. This, her fourth feature, about the conflicts that arise when a married couple living in Manhattan want to expand into the flat next to them after the occupant, an elderly woman, dies, is filled with her usual gaggle of wounded, often self-effacing characters trying to get by in their lives. Quiet but meaningful, Holofcener's observations are striking in their honest simplicity.

Sample Dialogue: Kate: "I'm not spending $200 on a pair of jeans for my teenage daughter when there are '45' homeless people living ..."

Abby: "What does that have to do with anything? They don't want jeans!"

Private Life (2018): Much like Ms. Holofcener above, Tamara Jenkins' films walk the fine line between comedy and pathos. And, like a rare star shower, when she does make another film (since 1998, she has made all of three features), you best not miss it. This wonderful movie stars the great Kathryn Hahn and Paul Giamatti as a New York couple desperately trying to have a baby, at almost any cost. It's funny, at times, but the emotional realism of the film offers a deeper sort of understanding.

Sample Dialogue: "God, my mom went on this jag where she got rid of, like, everything in her closet that was even remotely form-fitting, and now it's just like cowl necks, and tunics, and draw strings, and shawls, that whole Eileen Fisher thing. It's like she doesn't even have a body anymore, she's just drowning inside all this fabric and erased all sexuality from her being. It's like she's been spayed."

The Fits (2015): One of the stealth stand-outs at Sundance back in 2015, Anna Rose Holmer's inspired film involves a dance troupe in inner-city Cincinnati, and a young tomboy (Royalty Hightower), who wants badly to join them, only the members seem to take turns suffering through a mysterious malady that leaves them fainting on the spot. The best sorts of metaphors are the ones that can stand in for a great many things at once, offering no easy answers, and Holmer's lyric drama remains evocatively elusive.

Sample Visual: A teen girl starts convulsing amid a crowd of other girls, but our only view is via the girls' cellphone screens as they record her gyrations.(There's very little dialogue.)

The Souvenir (2019): In early '80s Britain, a young filmmaker (Honor Swinton Byrne) in University gets involved with a foppishly charming man (Tom Burke), who is hiding a substantive secret. Joanna Hogg's semi-autobiographical film is elliptical in nature, jumping from moment to moment in a way that gathers power as it eventually binds together. The esoteric storytelling proves formidable, but it's rooted down in understated brilliance of its two leads.

Sample Dialogue: "No. I think we're all equal in that. I think we're all as real as each other. There's no competition. It doesn't matter that they're not real people. I mean, I'm not trying to make a documentary. I'm just, you know, I'm making a feature film."

Wendy and Lucy (2008): While it's true Kelly Reichardt's films tend towards the morose, there is so much life in them, they remain utterly compelling. In this, her second "Lucy" film, after Old Joy (it's her own dog, in case you wondered), a young woman (Michelle Williams) heading for a new job gets derailed en route, and her lack of financial wherewithal leaves her in a very bad way. Dog lovers don't have to worry about Lucy's well-being, but for anyone with a beloved pet, this will serve as a serious gut-punch just the same.