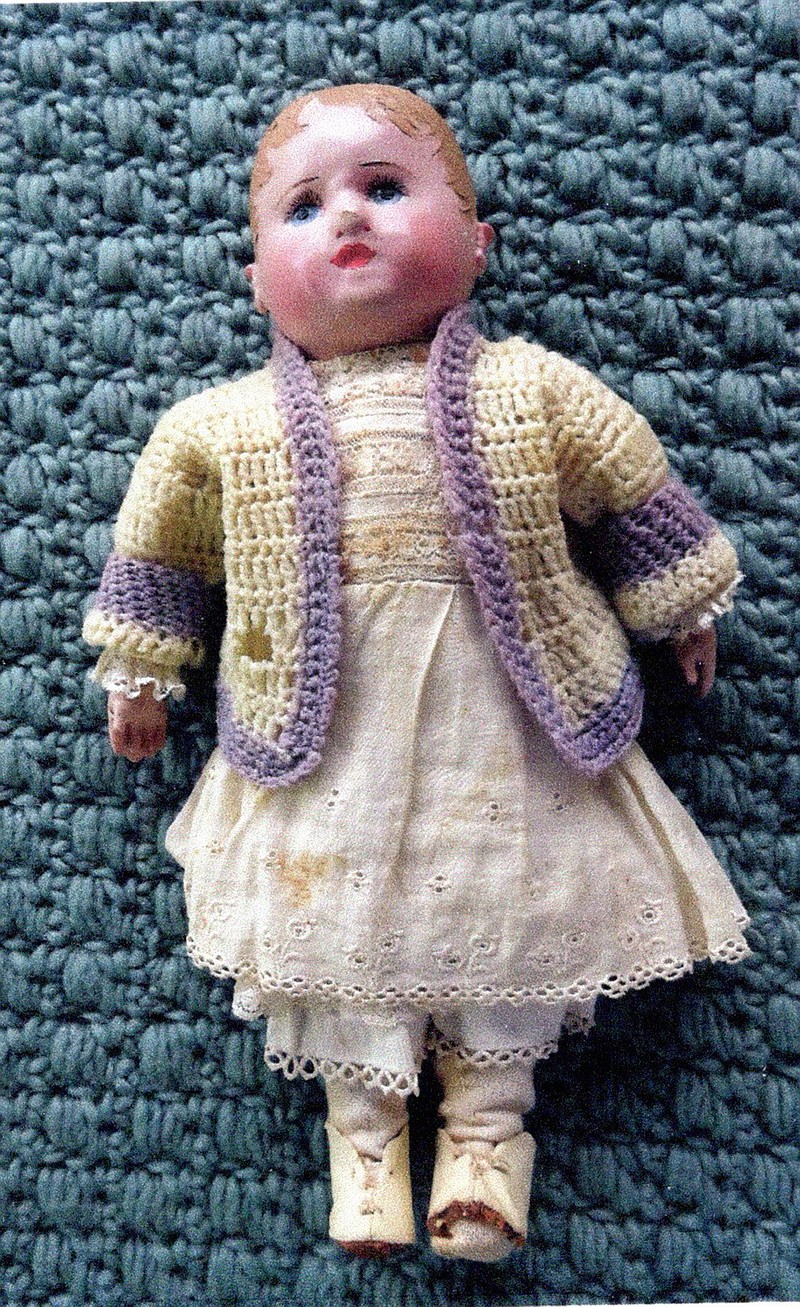 This doll was designed to spark a child's imagination. (Handout/TNS)

DEAR HELAINE AND JOE: I have enclosed photos of a doll that was my mother's as a child. She was born in 1918, so I think this doll would have been bought in the early 1920s. It has a trademark on its hip that informs me this is a Chase doll. It is 14 inches tall and has clothes consisting of pantaloons, chemise, dress, socks, shoes and a crocheted sweater. I do not know how many of these items are original. Any information about this doll would be appreciated.

DEAR S.P.: Just the other night while watching network television, we saw an episode of a popular show in which the wife decorated the family living room with her aunt's doll collection. The idea was to freak out her husband so he would remove an eyesore that he had placed above the family's fireplace.

Predictably, the husband came home, found these childhood playthings and had an attack of the so-called heebie-jeebies. In short, the husband found the collection of dolls to be creepy, menacing and even spooky. This is not an uncommon attitude, but many other people — including millions of doll collectors — find the toys to be charming and warm reminders of their youthful make-believe.

This is indeed a Martha Jenks Chase doll, and we agree it was probably made in the 1920s. Chase was a doctor's wife living in Pawtucket, R.I., and a competent seamstress. She had some progressive ideas and felt the dolls available to children during the late 19th century were too fragile and too heavy.

Chase also disliked the mechanical dolls of the time because she thought they diminished children's use of their innate imagination. She also disliked the popular "fashion" dolls because it was Chase's opinion that they imparted a materialistic point of view.

In 1889 (some sources say 1899) Chase started a doll-making "factory" in a building in her backyard that became known as the "Dolls' House." Chase's dolls were made from stockinette (a cotton knit material usually used to make undergarments). The material was stiffened with sizing and then hand-painted with insoluble paint so the dolls could be washed when they got dirty.

The dolls were stuffed with soft cotton (instead of sawdust), and she reportedly had molds made from bisque doll heads that could be used to form her doll's heads. The resulting dolls could be bought dressed or undressed. They were soft, lightweight and perfect for doll play that would exercise a child's imagination.

Around 1905, Chase introduced character dolls meant to represent such characters as George and Martha Washington, Benjamin Franklin, various characters from Dickens and Alice in Wonderland. Chase died in 1925, but her family continued making dolls into the 1970s.

S.P.'s doll is a typical Chase baby and is appropriately dressed. It appears to be in very good condition and should be valued at retail in the $250 to $350 range. Word of warning: Beware of Chase reproductions made in China.