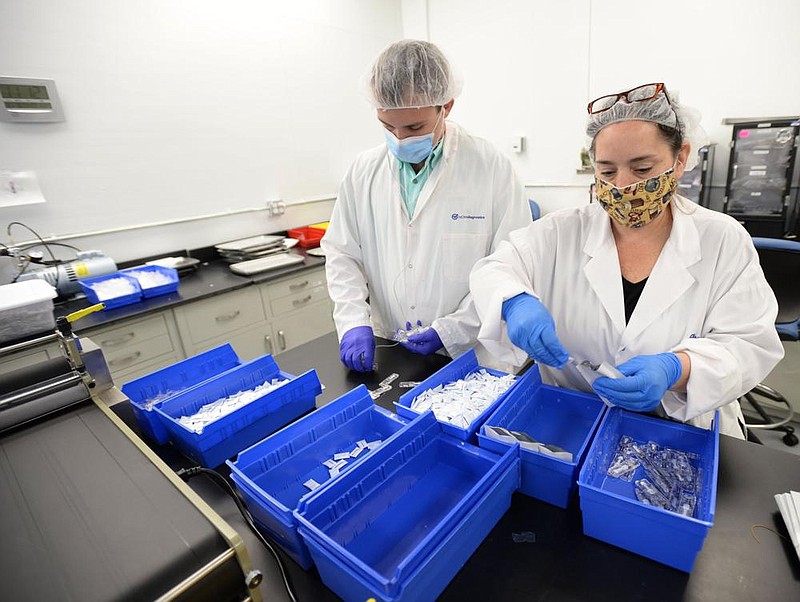 NOWDiagnostics in Springdale, known for its single-drop blood-testing products, is seeking FDA Emergency Use Authorization for its antibody test for covid-19.

The testing company offers what it calls a lab at the customer's finger tip. The tests using a tiny drop of blood are self-contained and take from 10 to 15 minutes to give results. NOWDiagnostics offers a variety of tests currently, for things like pregnancy and even tests that show indications of a heart attack.

Since early February, the team at NOWDiagnostics has been working on its new antibody test for covid-19. It submitted its product for FDA Emergency Use Authorization about two weeks ago and the company is eagerly waiting for the go ahead on the test.

The company notes that in the Emergency Use Authorization, the requirements and the clearance process are at a lower threshold than they would be for traditional FDA approval, but NOWDiagnostics far exceeded the requirements. NOWDiagnostics said it worked with public-health departments, best-in-class national hospitals and laboratories to access samples from geographically diverse populations to ensure that its covid-19 test was sensitive and specific.

According to a release Wednesday, the FDA has authorized 131 covid-19 tests under emergency authorizations, which include 111 molecular tests, 19 antibody tests, and one antigen test.

In a recent blog post, Anand Shah, deputy commissioner for medical and scientific affairs at the FDA, and Jeff Shuren, director of the center for devices and radiological health at the FDA, said high-quality antibody tests help understand a person's and a population's exposure to covid- 19. 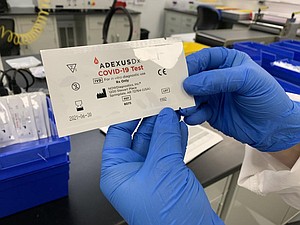 According to the blog, "These tests may be important for guiding our next steps in the fight against this pandemic, such as by providing information on disease prevalence and the frequency of asymptomatic infection, and also by identifying potential donors of "convalescent plasma," an approach in which blood plasma containing antibodies from a recovered individual serves as a therapy for an infected patient with severe or immediately life-threatening disease."

According to the Centers for Disease Control and Prevention, as of Thursday there had been more than 2 million cases of covid-19 diagnosed in the U.S., with 20,486 added that day and about 113,000 deaths attributed to the disease.

In Arkansas as of Thursday there were 10,816 cases of the infection in the state with a death toll of 171. There were 448 new cases reported at Gov. Asa Hutchinson's daily briefing Thursday, with most of the cases for that day in Benton and Washington counties in Northwest Arkansas. Total active cases statewide were 3,294, with 187 patients hospitalized.

Kevin Clark, chief executive officer of NOWDiagnostics said its tests will determine if the patient has developed antibodies to the virus, which indicates the patient has been exposed to the virus and may have developed an immunity. Plans are underway to add a saliva tests to the company's offerings, including an antigen test that will determine if a patient is currently infected.

Clark said the test is designed specifically with the at-home consumer in mind and clinical trial for both point-of-care and over-the-counter use are underway.

NOWDiagnostics also is working on a similar, simple home tests, including those for covid-19 antibodies and antigens, that use saliva, rather than blood.

The company has more than 60 patents granted or pending on its various technologies and offers early pregnancy tests in the U.S. and Europe, as well as three tests that can help diagnose a heart attack and three toxicology tests underway in Europe.

Jeremy Wilson, founder and chairman of NOWDiagnostics, said he early pregnancy test, which uses the company's one-blood-drop testing, can determine pregnancy within 36 to 48 hours of implantation, up to 10 days sooner than traditional tests. The home test is getting strong demand in Italy, he said. The company's tests are in 3,800 pharmacies in Italy with about 10% market penetration.

NOWDiagnostics was founded in 2013 and opened its 22,000-square-foot manufacturing operation in 2014 in Springdale.

Clark said that when approval for the tests comes, plans are to scale up production rapidly, going from 50 workers to between 100 and 125. He said with the scale-up, the company will be able to produce between 600,000 and 800,000 tests a month, and with additional mechanization eventually 2.2 million tests a month.

He said the technology and even the plastic for the tests are made in Arkansas with other components coming from other parts of the U.S.

"It's all hometown," Clark said. 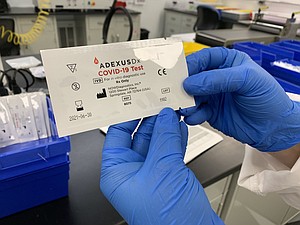