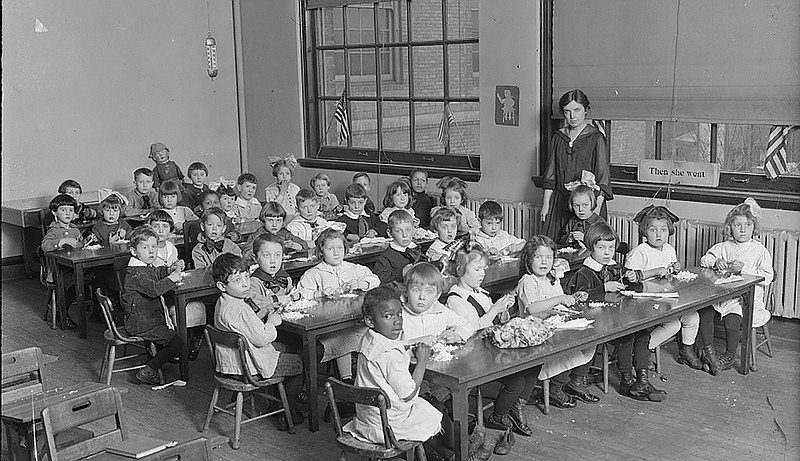 Children in a classroom between 1919 and 1929. MUST CREDIT: Library of Congress

If your school closed because of the novel coronavirus, you have something in common with kids growing up 100 years ago. In 1918, schools closed temporarily in response to a new swine flu virus. Like covid-19, the illness it caused spread rapidly in communities because no one was immune to it yet.

Did students still have homework during the 1918 flu closures? Not much, according to Debbie Schaefer-Jacobs, curator in the Division of Cultural and Community Life at the Smithsonian's National Museum of American History. Teachers probably sent reading assignments home, but schoolwork was minimal. If students wanted to practice spelling, they used alphabet or speller boards, which were popular learning toys at that time.

Outside of school, kids kept busy with chores. Many children also had jobs, from delivering newspapers to helping on farms and even working in factories. That began to change in the 1930s when the government enacted laws regulating how much children could work.

What was it like to go to school a century ago? More than half of the student population attended country or rural schools, while the rest went to city schools. At city schools, your classmates were about your age, but country schools often had students of different ages in a single classroom.

Most kids walked to school, although some rode horses or donkeys. In the 1930s, wagons began transporting students from rural areas to city schools.

Until 1954, when the U.S. Supreme Court ruled (in Brown v the Board of Education) that segregated education was against the law, the vast majority of black students and white children attended separate schools.

Children in the 1900s studied many of the same subjects you do today, such as reading, writing and math. Students used a book called Webster's Speller, and reading assignments were challenging. 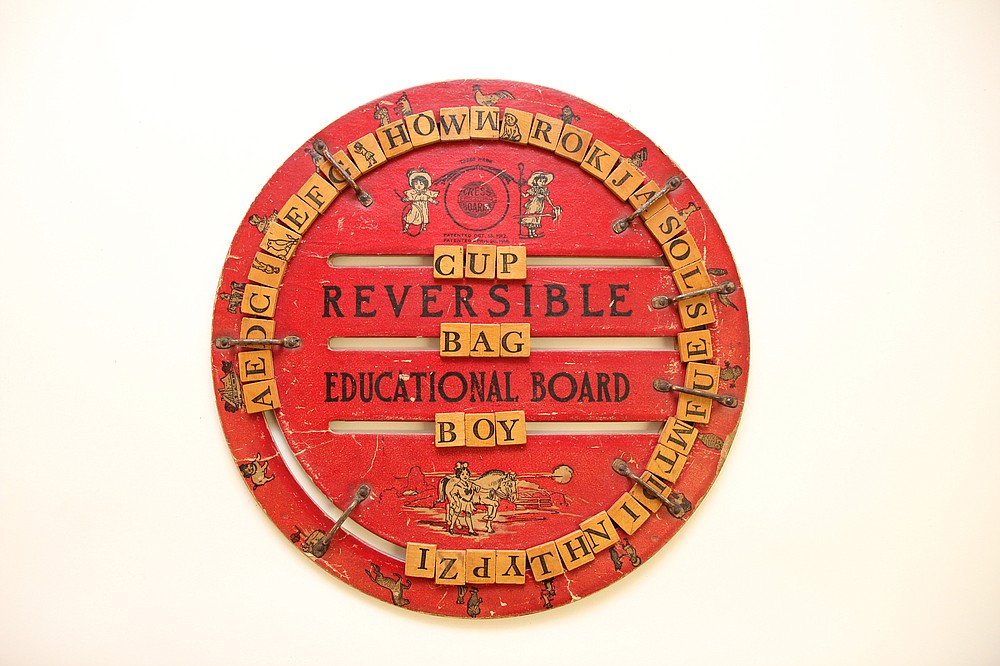 An alphabet, or speller board, was a popular learning tool in 1918. (National Museum of American History)

"Kids back then were reading speeches that presidents gave," Schaefer-Jacobs said.

The curriculum also included Bible studies — even in public, nonreligious schools — along with penmanship and civics education.

To practice penmanship or work on math problems, students wrote with chalk or charcoal on a slate — a piece of wood with special coating. "A slate was similar in size to a tablet or an iPad mini," Schaefer-Jacobs said. Slates were noisy when dropped on desks, so some manufacturers wrapped the edges in yarn or fabric and sold them as "noiseless" slates. 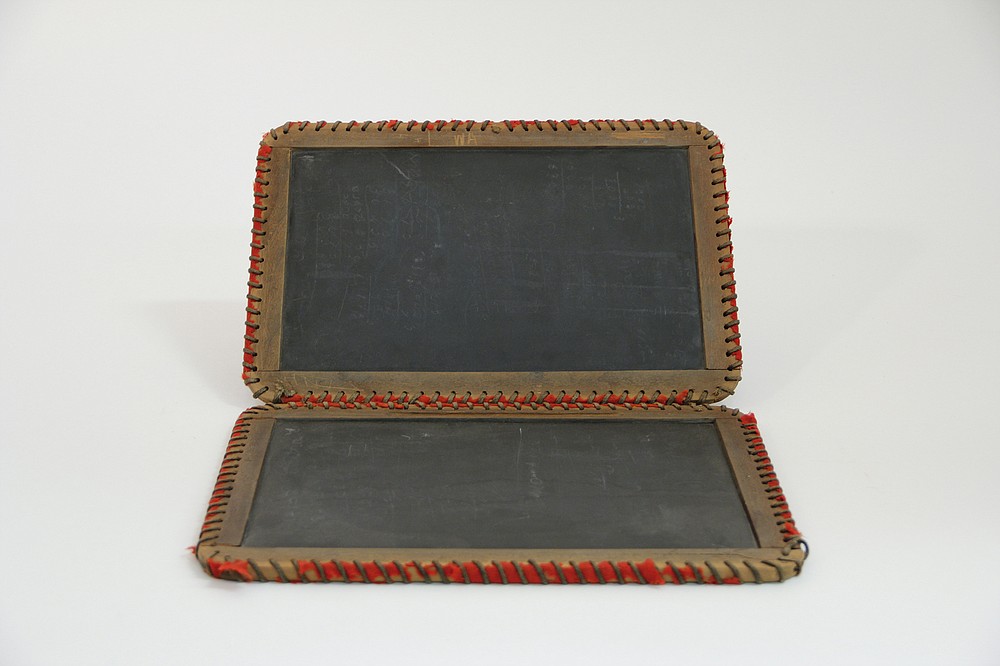 Students used wrote on slates with chalk to work on math problems or practice penmanship. (National Museum of American History)

Because of the Civil War and World War I, schools focused a lot on patriotism — loyalty and devotion to your country. Students performed music, put on plays and wrote essays to showcase their civic pride.

As the United States experienced a massive wave of immigration from the 1880s until 1920, schools also taught patriotism to foreign-born students. In fact, so many people immigrated to America that city schools offered classes at night to accommodate more students.

Physical education (PE) looked a bit different in the early 1900s. In city schools, students exercised in a gymnasium or worked on strength and mobility at their desks using "Indian clubs" — wooden clubs that look like big bowling pins.

"In country schools, there wasn't an emphasis on PE because those kids were working on farms, getting plenty of physical labor," Schaefer-Jacobs said. 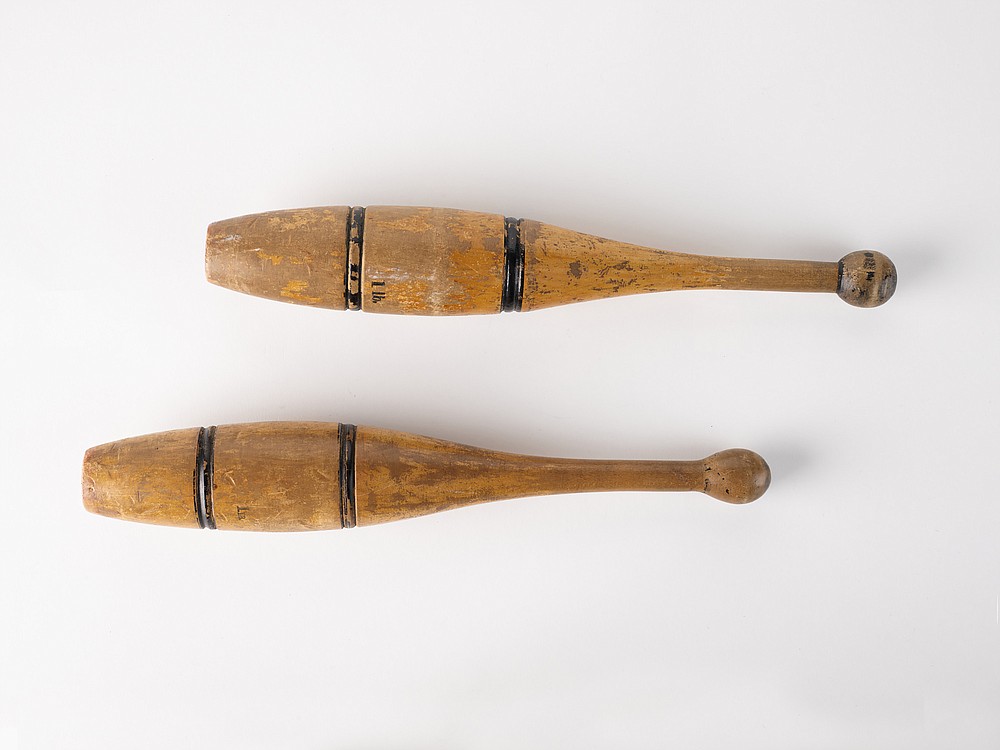 Most city kids had enough time to walk home for lunch, while rural students took food to eat at school, packed in a metal pail or tin. 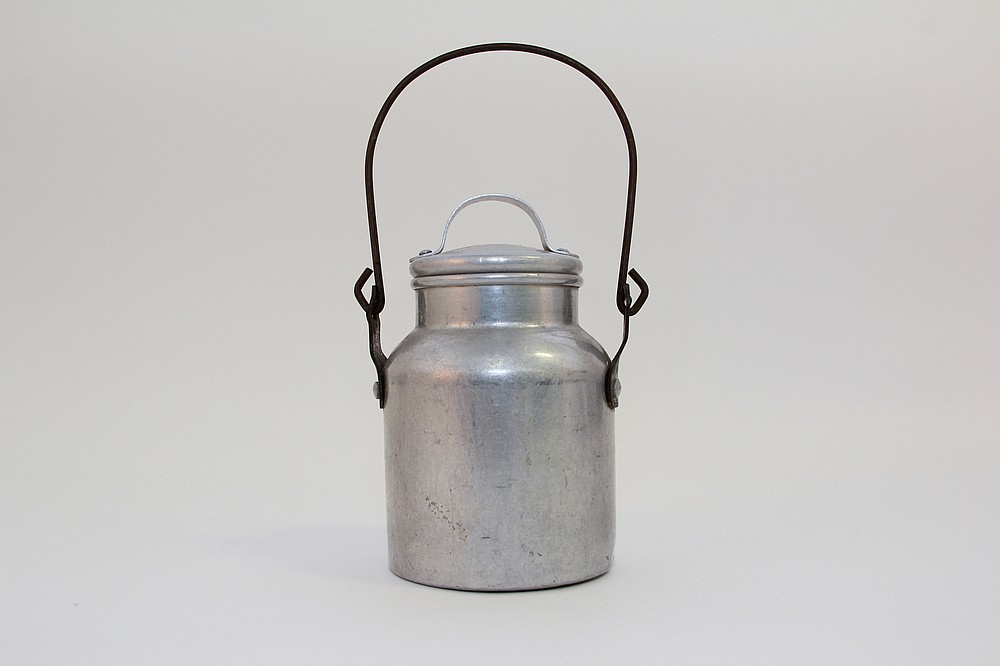 Kids at country schools brought food to eat at school. They would have used this aluminum lunch pail for milk or soup. (National Museum of American History)

As you continue learning at home, remember that school closures are nothing new. In the early 1900s, "closing school for short periods was common, and people understood quarantine because disease was more prevalent with little or no availability of vaccines," Schaefer-Jacobs said.