Eviction protections for many ignored 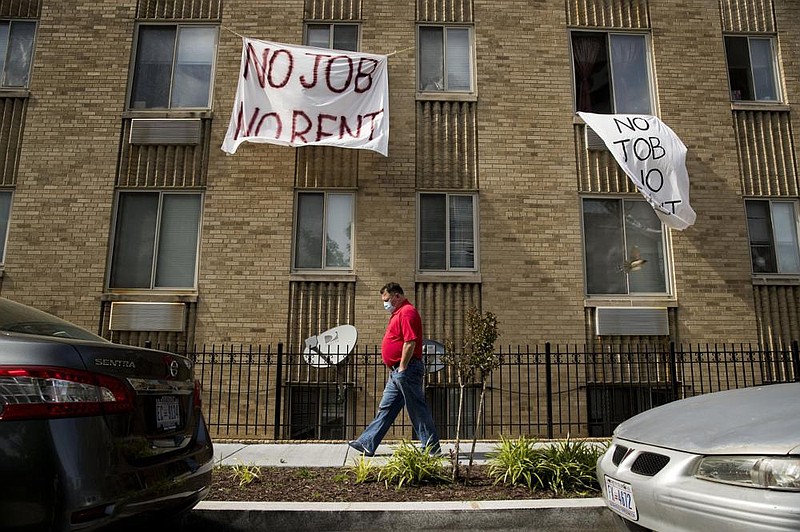 BALTIMORE -- Jeremy Rooks works the evening shift at a Georgia fast-food restaurant these days to avoid being on the street past dusk. He needs somewhere to go at night: He and his wife are homeless after the extended-stay motel where they had lived since Thanksgiving evicted them in April when they couldn't pay their rent.

They should have been protected because the state's Supreme Court has effectively halted evictions due to the coronavirus pandemic. But Rooks said the owner still sent a man posing as a sheriff's deputy, armed with a gun, to throw the couple out a few days after rent was due.

The pandemic has shut housing courts and prompted most states and federal authorities to initiate policies protecting renters from eviction. But not everyone is covered and a number of landlords -- some desperate to pay their mortgages themselves -- are turning to threats and harassment to force tenants out.

"Every day, they tried to basically get us out of there. It was basically like a game to them," said Rooks, who wasn't able to make his rent at the Marietta, Ga., motel after his employer paid him late and his wife was laid off in the pandemic. "One of us had to stay in a room at all times because they wouldn't redo the keys for us."

The evictions threaten to exacerbate a problem that has plagued people of color such as Rooks since long before the pandemic, when landlords across the U.S. were filing about 300,000 eviction requests every month.

The data and analytics real estate firm Amherst projects that 28 million renters, or about 22.5% of all households, are at risk of eviction. Tenant advocates expect that number to increase significantly unless protections are put in place, and project that many of those affected will be black and households led by women, both of which historically are more likely to be evicted.

In a sign of what could happen nationally, Virginia has seen a crush of proceedings since eviction hearings resumed May 18. About 700 cases already have been heard statewide, said Christie Marra, director of housing advocacy for the Virginia Poverty Law Center. On top of that, 2,200 cases are on the docket for the end of June and early July in Richmond, which has one of the country's highest eviction rates.

Rachel Garland, an attorney at Community Legal Services in Philadelphia, said her group has experienced a spike in calls from tenants who lost their jobs due to the lockdown and fear being evicted. Philadelphia had the fourth-highest eviction rate in the country.

"Even if they can't be evicted right now, if the courts are closed, the landlords are sending threatening emails, text messages, asking for rent, threatening to lock tenants out," Garland said.

Alieza Durana of Princeton University's Eviction Lab said affected tenants face high rates of depression and suicide from the stress, along with mounting debt and homelessness. Additionally, court judgments and debt collection actions against renters are reported to credit bureaus, affecting their ability to access housing for years.

Jose Ortiz, deputy director of Essex/Newark Legal Services, which includes New Jersey's largest city, said he's heard complaints from tenants who have been asked to exchange sex for rent and instances in which landlords have threatened to alert immigration authorities about tenants living in the country without legal permission if they don't pay their rent.

"They are not working. They don't have the income to pay their bills and they are afraid about what will happen once the eviction ban is lifted," Ortiz said. "Are they going to be displaced? Is there going to be a mad rush to the courthouse to get these tenants evicted?" 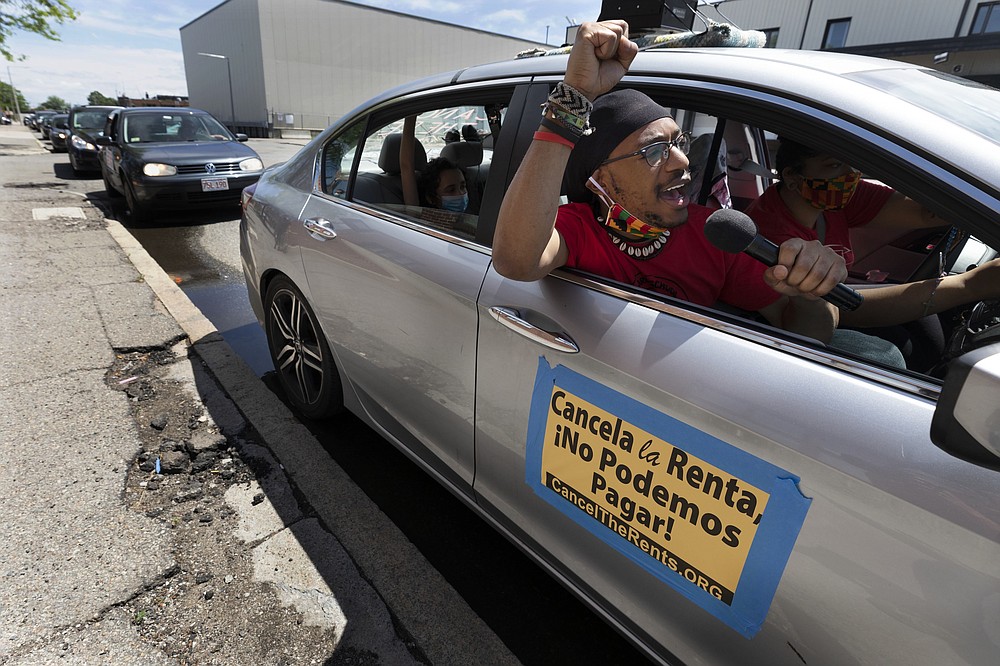 FILE - In this May 30, 2020, file photo, a car caravan calling for the cancellation of rents during the coronavirus pandemic prepares to parade through Boston. The pandemic has shut housing courts and prompted authorities around the U.S. to initiate policies protecting renters from eviction. But not everyone is covered, and some landlords are turning to threats and harassment to force tenants out. (AP Photo/Michael Dwyer, File) 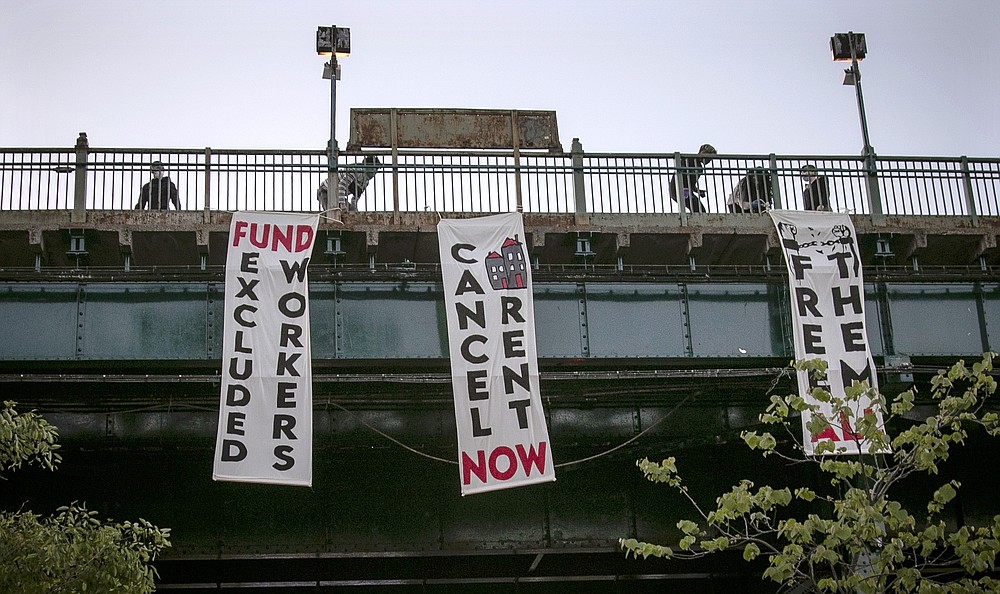 FILE - In this May 21, 2020, file photo, people from a support organization for immigrant and working class communities unfold banners, including one advocating rent cancelation, on a subway platform in the Queens borough of New York during a vigil memorializing people who died from coronavirus. The pandemic has shut housing courts and prompted authorities around the U.S. to initiate policies protecting renters from eviction. But not everyone is covered, and some landlords are turning to threats and harassment to force tenants out. (AP Photo/Bebeto Matthews, File)
ADVERTISEMENT