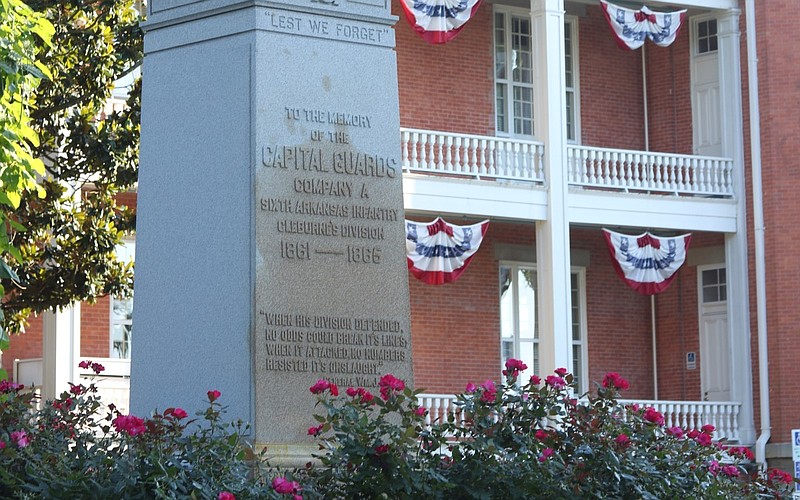 The base of the Memorial to Company A, Capitol Guards, a Confederate monument in MacArthur Park at Little Rock, is discolored on Wednesday, June 17, 2020. The statue atop the base, which portrays one of the guards during the Civil War, was apparently unaffected.

Vandals splashed an "unknown substance" that discolored a Confederate monument that stands in front of the MacArthur Museum of Arkansas Military History, according to Stephanie Jackson, spokeswoman for Little Rock Mayor Frank Scott Jr.

The pedestal of the monument, which sits facing East Ninth Street, was defaced Monday by an unknown individual. The city knows little about the incident, Jackson said.

The statue, which portrays a was paid for by a local chapter of the Sons of Confederate Veterans in 1911 but is city-owned, according to Jackson.