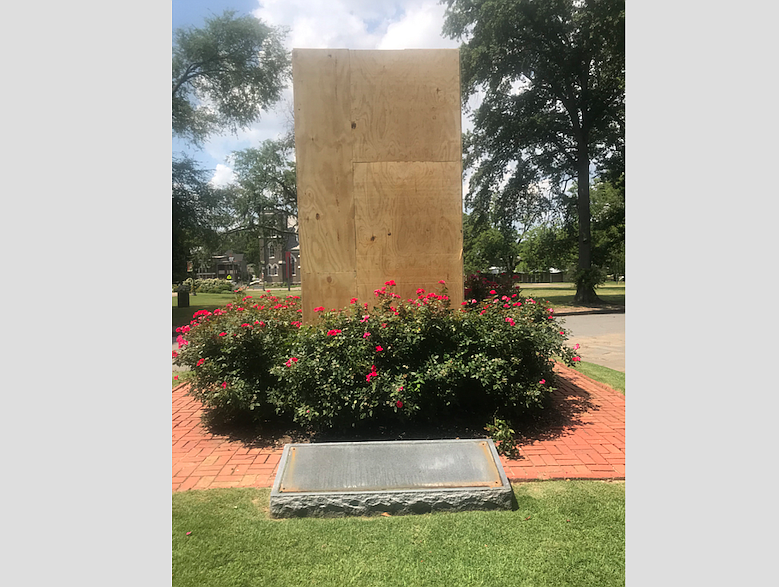 A statue dedicated to a unit of Arkansas Confederate soldiers was removed Thursday from its place outside the MacArthur Museum of Arkansas Military History.

A Little Rock statue commemorating a unit of Confederate soldiers from Arkansas was removed Thursday, three days after the base of the monument was vandalized.

In a statement issued just after 9:30 p.m. Thursday, Mayor Frank Scott Jr. said the statue has been removed permanently.

“Our parks belong to every resident of Little Rock, who support them with their tax dollars," he said. "It is our intent to ensure our parks are inclusive and welcoming for all. This statue was divisive and in opposition to this administration’s internal why — to unite Little Rock."

The city will work with the the Arkansas Department of Parks, Heritage, and Tourism to find "a suitable place for the statue to be viewed in a comprehensive historical context,” the statement said.

The statue, called “Memorial to Company A, Capital Guards” or “Lest We Forget,” had stood outside the MacArthur Museum of Arkansas Military History until it was removed Thursday, Museum program assistant Shane Lind said. It was created in 1911 and dedicated to a company who fought in the Civil War, according to Lind.

In addition to a sculpture of a soldier, the program assistant said the monument also bears the names of members of the unit.

The statue is owned by the city, Lind said. The site of the memorial was boarded up Thursday.

Numerous Confederate statues around the country have been removed in recent weeks as the nation reckons with racial issues following the death of George Floyd in Minneapolis police custody.

In Arkansas, a petition has circulated in the last two weeks requesting the removal of a Confederate monument in Fort Smith, and a Bentonville Confederate monument will be moved to private property, per an agreement earlier this month. Last year, in Pine Bluff, a deal was made to move a Confederate statue from courthouse grounds to a cemetery, but the statue has not yet been relocated. 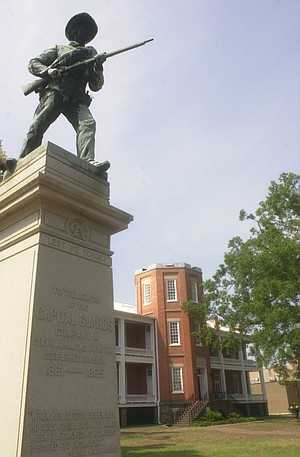 Photo by Steve Keesee
FILE -- A statue commemorating a unit of Capitol Guards, a group from Arkansas who fought for the Confederacy, as it stood in 2001.

This story has been updated with the statue's permanent removal.