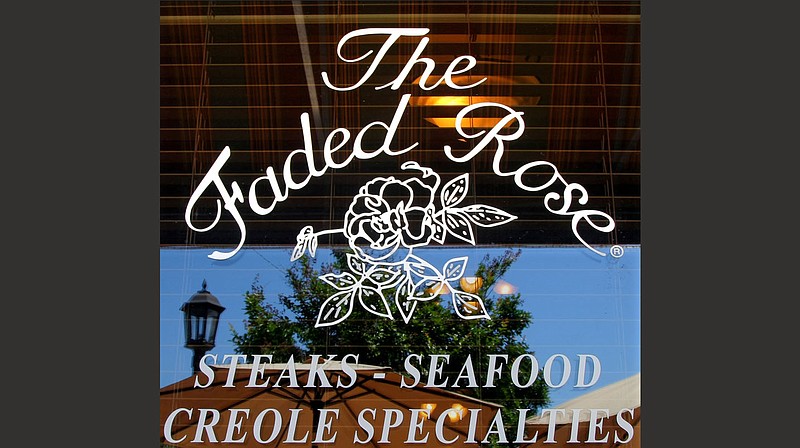 The Faded Rose has reopened in Riverdale after a three-week kitchen remodel. (Democrat-Gazette file photo)

Arkansas entered Phase 2 of opening protocols on Monday, principally allowing restaurants to further open their dining rooms to 66% capacity (Phase 1 had restricted them to 33%).

A number of restaurateurs whose establishments have been closed altogether, or have only been open for to-go orders, had said at the implementation of Phase 1 that they would wait at least until Phase 2 to decide on their next moves. As of deadline for this column, we have begun tracking statuses, but it's still too early to give folks even a cursory list.

However, we do know that chef-owner Mark Abernathy has reopened Loca Luna, 3519 Old Cantrell Road, Little Rock, after what he termed "major upgrades to our kitchen," but as of yet, only for curbside to-go orders ("Sorry, NO Indoor Dining or Patio Seating") from a limited menu that also features dishes from the next-door Red Door, 3701 Cantrell, which remains closed, plus a wine-to-go sale. (Abernathy says after the monthlong construction, which included installing a new floor drainage system, that his kitchen is "much nicer than even when we opened.") Hours are 4-9 p.m. daily; the phone number is (501) 663-4666, the website, localuna.com, and the Facebook page, facebook.com/LocaLunaLR.

Its Riverdale neighbor The Faded Rose, 1619 Rebsamen Park Road, Little Rock, which had shut down for three weeks, also for kitchen remodeling, also reopened Monday, "takeout/curbside only (for now)," according to the Facebook page (facebook.com/fadedroserestaurant). Hours are 11 a.m.-9 p.m. daily. The phone number is (501) 663-9734; the website, thefadedrose.com.

One place that isn't opening, at least not yet: Ira Mittelman's Savor, 215 Center St., the original location of Three Fold Noodles & Dumpling Co. and, after Japanese-Korean-sushi restaurant Hanaroo went under there, Three Fold's temporary Haybird Chicken "pop-up." Mittelman says he sees no point in trying to open a high-end restaurant under current pandemic conditions. Meanwhile, he has been completing the interior remodeling, which includes building a bar, installing a new floor, putting in new tables and chairs and painting.

Cannibal and Craft, a nightclub and cocktail lounge and offshoot of a Dickson Street club with the same name in Fayetteville, is in progress in the former Ernie Biggs location, 307 President Clinton Ave., in Little Rock's River Market. In addition to an elaborate menu of cocktails and other alcoholic consumables that include local beers, customers can operate cocktail taps at dining tables that, according to its website, will pour out Mint Juleps, Moscow Mules and Hurricanes. Nothing on the Facebook page (facebook.com/cannibalandcraftlr) or the website, cannibalandcraftlr.com, shows any kind of a food menu (and hopefully the word "Cannibal" is not an indication). We don't have a timeline, but a video posted on the Facebook page provides a few details, including that the club will feature live entertainment on the weekends. We could not get through at the listed phone number, (501) 414-8870, which as yet provided only a rapid busy signal. Ernie Biggs, a piano bar, closed in December after its management decided not to renew its lease.

Google lists Thai Taste, 1400 John Harden Drive, Jacksonville, as permanently closed. The listed phone number, (501) 985-1854, has not been disconnected, but calls before, during and after business hours went unanswered. You will recall that the restaurant, after a couple of decades in a hole-in-the-wall location just off the Main Street exit from U.S. 67/167, moved into the former AP's Seafood Cove building near the Little Rock Air Force Base in 2018.

Work continues apace on the former South Boulevard, aka SoBo, 10840 Maumelle Blvd., North Little Rock, but just what it will become is still a matter of rumor and guesswork. In the former category, Neal Moore, who keeps track on retail activity in Maumelle and its environs via his blog, mooreonmaumelle.wordpress.com, reports that the new establishment is a partnership between The Butcher Shop and Mexico Chiquito and it will be some kind of brewpub. His source says they've ripped out all the dining-room improvements that Gordon Ramsey introduced when his TV show revamped the restaurant last year.

Last week seven food purveyors on Little Rock's Main Street south of Interstate 630, in the district informally known as SoMa, banded together under the auspices of the Little Rock Downtown Partnership to create the SoMa Outdoor Dining Room, a collection of 20 tents shading chairs and tables, in the parking lot at 1301 Main, directly across from South on Main. 1304 Main. Jack Sundell, who operates The Root at 1500 Main and Mockingbird Bar & Tacos at 1220 Main, spearheaded the project with the help of the Downtown Partnership's Gabe Holmstrom. Also participating: South on Main; Esters, 1214 Main; Raduno Brick Oven & Barroom, 1318 Main; Community Bakery, 1200 Main; and Loblolly Creamery, 1423 Main. The idea is to provide an outdoor dining area to which customers who order food to go from any of the restaurants. Each restaurant is taking turns supplying the staff to keep the place clean and sanitized and urge patrons to follow social distancing guidelines. For the time being, you cannot consume alcoholic beverages in the tent dining area, as you would be able to do if it was contiguous to one of the permitted establishments, but there's an application in the works for a temporary entertainment district from the city.

And one of our eagle-eyed readers has spotted a "coming soon" banner for an A&W Restaurant at 3801 Central Ave., Hot Springs, near the confluence with U.S. 270 bypass and Arkansas 7, most recently a Mexican restaurant called Trejo's and originally a location of a Back Yard Burgers outlet. There are two A&Ws in Arkansas, one in Siloam Springs and one in Gassville.

Has a restaurant opened -- or closed -- near you in the last week or so? Does your favorite eatery have a new menu? Is there a new chef in charge? Drop us a line. Send email to: 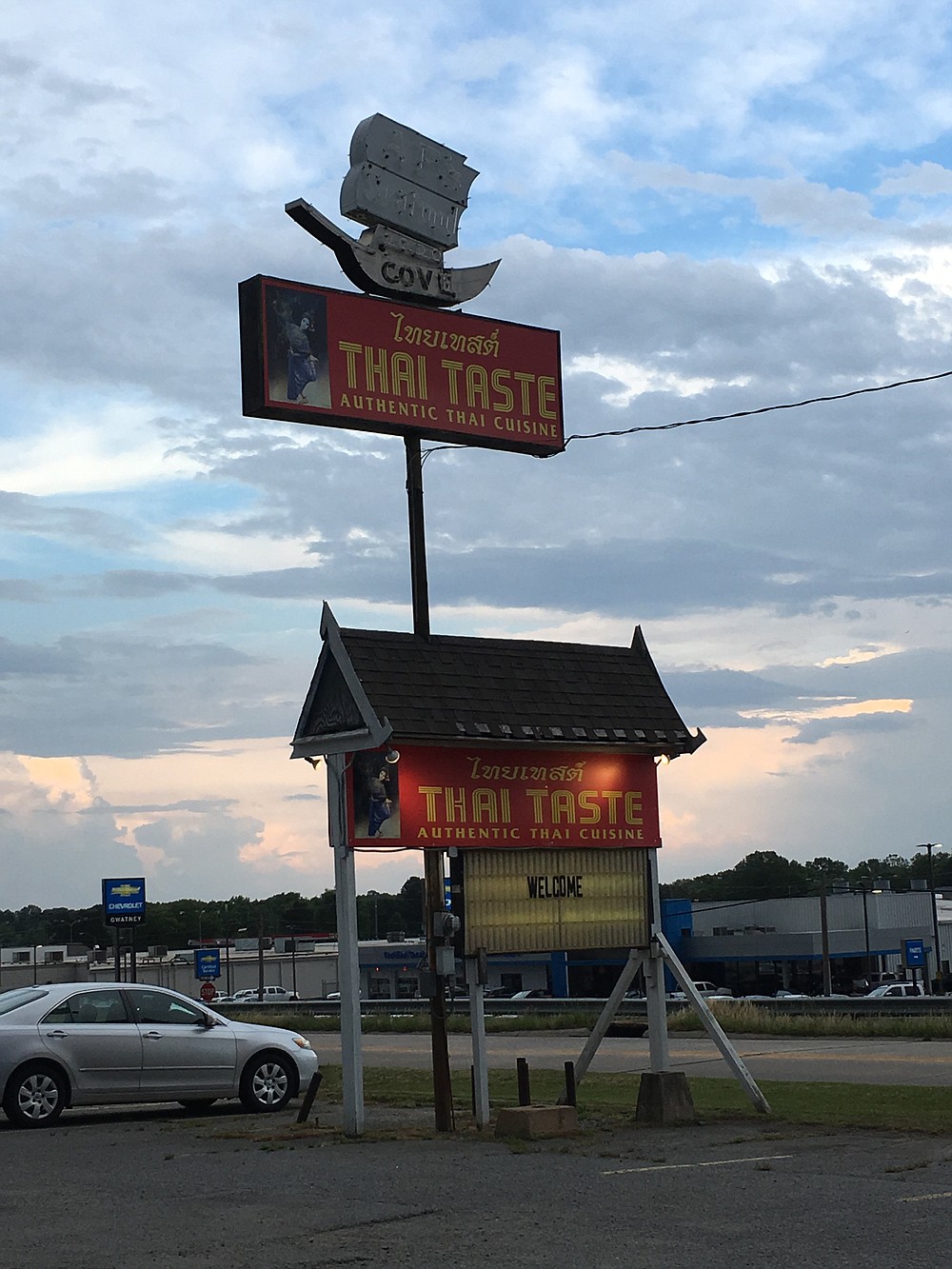 Google reports the permanent closure of Thai Taste in Jacksonville, but the phone number hasn't yet been disconnected. (Democrat-Gazette file photo)
ADVERTISEMENT