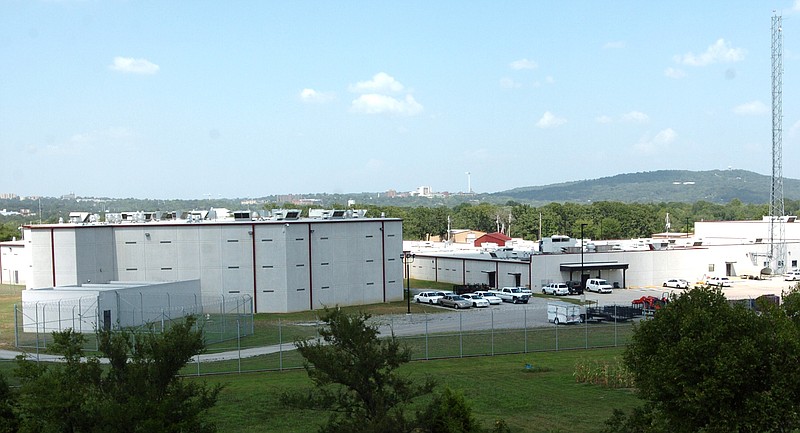 The Washington County Sheriff’s office said Wednesday there are confirmed cases of the covid-19 virus in the county’s Detention Center.

FAYETTEVILLE — The Washington County Sheriff’s office said Wednesday there are confirmed cases of the covid-19 virus in the county’s jail.

The announcement came a day after Benton County jail officials confirmed an employee or a detainee there tested positive.

Kelly Cantrell, public information officer for the Washington County Sheriff’s Office, said there were no more than 15 positive cases as of Tuesday, according to results from the Arkansas Department of Health.

Karas Correctional Health, the jail’s medical provider, recently obtained covid-19 testing kits and used them for the first time Tuesday on 40 detainees. Several of those tests showed positive results so the Sheriff’s Office contacted the Health Department, according to a statement posted on the office’s Facebook page.

All of the 40 detainees in quarantine are asymptomatic, according to the Sheriff’s Office, showing no signs or symptoms of the illness.

Plans are being made to test all of the detainees and the staff of the jail, according to the Sheriff’s Office.

County officials had taken steps to reduce the jail population to minimize the risk of the virus to detainees and staff. The population was cut by releasing some nonviolent offenders and by having new arrests done by citation when appropriate.

The jail has a capacity of about 710 beds and the population was more than 800 in late February, before state and national health emergencies were declared because of the virus. The center’s population Tuesday was 398.

The jail staff was checking detainees for symptoms when they were brought in and monitoring detainees and staff daily for signs of the virus, according to Cantrell.

The Benton County Sheriff’s Office on Monday reported a confirmed case in that county’s jail. All inmates and staff were to be tested by the Health Department, according to Lt. Shannon Jenkins, office spokeswoman.

Jenkins said Wednesday the Sheriff’s Office was awaiting results of the tests on inmates and employees.

Danyelle McNeill, Health Department spokeswoman, said Wednesday the department is still testing and should have the results by Friday.

The Benton County has also worked to reduce the jail population. The jail had around 700 detainees before the pandemic. The population was 380 Wednesday.

Brian Lester, Washington County attorney, said the positive cases at the jail will probably have no effect on other county offices. Lester said the deputies who work security at the courthouse report directly to the courthouse.

“They come here to clock in, and they go home so there’s no real contact,” he said.

Lester said he isn’t aware of any county employees testing positive for the covid-19 virus.

State and local law enforcement agencies said they’ll continue with the health protection measures they have had in place since the emergency began in March. That includes using personal protective equipment and monitoring their employees for possible signs of the virus. Spokesmen for the Fayetteville and Springdale police departments and the Arkansas State Police all said they’ll work with the Washington County Sheriff’s Office as needed.

“We will follow their protocols,” Lt. Jeff Taylor, spokesman for the Springdale Police Department, said Wednesday. “For our part, we’ve been screening our employees, taking temperatures and encouraging social distancing,” he said. Personal protection equipment is available if needed, he added.

Taylor said Springdale stopped using it’s city jail as a holding facility in January. Anyone arrested who must be held is taken to the county’s jail.

“If the county calls us and says one of our detainees has tested positive, we will review the arrest and determine who may have had contact with that individual,” Taylor said. “We’ll do the ‘contact tracing’ as much as we can.”

Sgt. Anthony Murphy with the Fayetteville Police Department said he expects the precautions in place will continue to be observed.

“Our officers are wearing the PPEs when they come into contact with people,” Murphy said of protective clothing. “The county is taking temperatures at the jail before they admit anyone. All of our officers and all of our employees have their temperatures taken before they report for duty.”

Bill Sadler, spokesman for the State Police, said troopers will follow the guidance they were given nearly three months ago and any trooper who believes he has had contact with a person who has tested positive or who exhibits symptoms of the covid-19 virus will follow state Health Department guidelines.