TAKEOUT TASTINGS: A mask for a meal 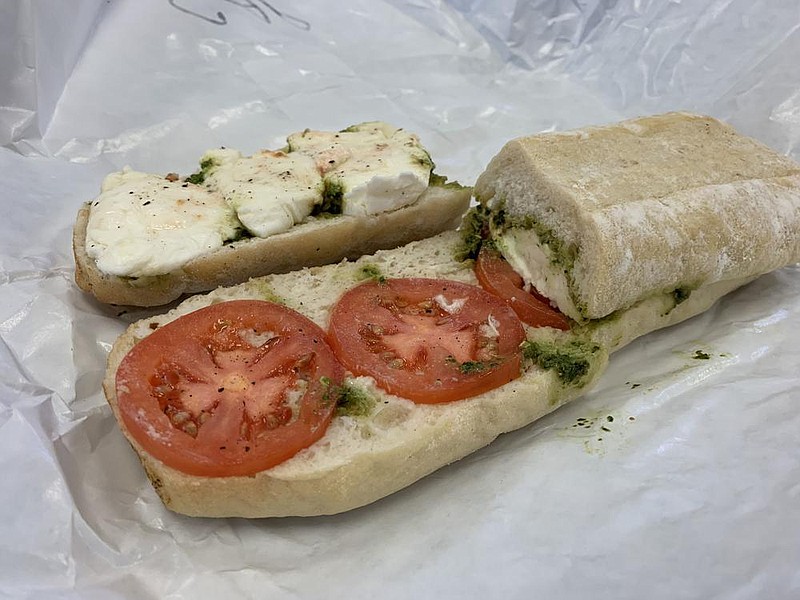 To paraphrase Leviticus 25:10 as well as the inscription on the Liberty Bell, “Proclaim liberty throughout all the land unto all the inhabitants thereof. But please, jeez, wear a mask in public, OK?”

With the advent Monday of Phase 2, more restaurants are opening their dining rooms. But that won’t relieve many folks’ anxiety about risking their health by consuming food in communal indoor spaces.

And though in most places (though not all) the staff is hewing to state Health Department directives, we’re continuing to witness firsthand, customers entering restaurants without masks. Some places are making at least some attempt to enforce the rules, but not all. And in any case once a beverage arrives at a table, all bets — and masks — are off. What at that point protection exists for diners is debatable.

Thus continues our eat-out odyssey to locally owned establishments, sniping a takeout meal from each. As has been the case through this process, we pay for all meals; we’re visiting restaurants mostly within a reasonable distance of our work-from-home location so that there’s an expectation that the food, if it was hot to begin with, will still be hot when it arrives.

WHAT WE GOT: Caprese sandwich ($8), fresh tomatoes, fresh mozzarella and HAM’s excellent pesto on an artisan roll.

HOW IT WENT: HAM makes a variety of sandwiches on artisan bread; the list varies and is posted on butcher paper that unreels from a roll so the staff can tear off and dispose of yesterday’s menu. There was one sandwich, wrapped in white paper and sealed with a HAM-logo sticker, in the cooler, and it was a caprese, so we had no wait whatsoever. The staff behind the counter were wearing masks and gloves. We paid via an iPad point-of-sale device.

HOW IT’S GOING: HAM had just reopened after a gap when we stopped by, so it did not surprise us that there were no other customers on the premises.

WHAT WE GOT: Banana toast ($5), pour-over coffee ($5). Fidel is an upscale coffee bar in the East Village that produces upscale beverages and upscale comestibles, including banana toast, which more than bore out our menu description that sounded too good to pass up. The result was heavenly, verging on decadent: sliced bananas with creme fraiche and crushed walnuts atop thick slices of lightly toasted artisan bread. It wasn’t too sweet, and it was very filling. We bought the coffee because Fidel is a coffee bar and it was a nice cuppa but we confess to being insufficiently sophisticated to appreciate it at that price.

HOW IT WENT: A order-and-pay station has been set up to block off the usual counter and indoor dining spaces and customers are supposed to exit out a different door (through the next-door dental offices) than the one through which they entered. It took longer to brew our coffee than it did for the kitchen to produce our food.

HOW IT’S GOING: The place seems to be consistently busy. Though there wasn’t another customer ordering while we were there, a dozen customers were sipping, supping, talking and/or taking advantage of the WiFi at patio tables.

WHAT WE GOT: The Mushroom Swiss burger ($11), with fries, on a brioche-style bun, was a reprise from the one we tried when we reviewed the place, new, in 2015. It’s still an impressive burger; either the seasoning on the burger or the sauteed mushroom topping was a little salty. Given the choice of fries or chips, we unhesitatingly went with Skinny J’s unusual “sidewinder” fries, which are grooved and cut into a swirl shape that keeps them golden-crisp on the outside and soft on the inside. Pickles, lettuce, tomatoes and onions come in a pile on the side.

HOW IT WENT: We ordered and paid at the bar and camped out at a dining room table for the less than 10 minutes it took for our burger to come out of the kitchen. The bartender suggested that having a beverage, even water, at our table would have permitted us to remove our mask, but hey, keeping the mask on is part of the exercise, right?

HOW IT’S GOING: Skinny J’s has opened its Argenta dining room and its bar, so there were at least a dozen customers seated, more or less socially distant, throughout.

WHAT WE GOT: Cha Gio (menu number A1, $2.99), crisp egg rolls with fish sauce for dipping; goi cuon (A3, $2.95), fresh spring rolls, thin rice paper wrapping shrimp, veggies and rice noodles; Mi Xao Hai San (MX7, $8.95), seafood chow mein, with shrimp, squid, fish chunks tossed with bok choi and other veggies and thin egg noodles, similar to the ones we’ve gotten when we ordered Singapore noodles. We were all set to order the wide-noodled seafood chow fun — Hu Tieu Xao Hai San (also $8.95) — but the nice young man who took our order recommended the chow mein as likely to have more flavor. We were certainly not disappointed. The egg rolls, thin and crispy, bear a familial resemblance to Chinese spring rolls or Filipino lumpia; three of them to the order doesn’t look like much but they turned out to be surprisingly filling. The fresh spring rolls, with a satay-like peanut sauce for dipping, were excellent. Altogether, it was enough food for at least two meals, for under $20, including a generous tip.

HOW IT WENT: The dining room isn’t yet open, and probably won’t be for the immediate future, but Mike’s — aka Mike’s Chinese and Vietnamese Cuisine as per the awning, because the street-side sign that said “Mike’s Cafe” blew away in a storm several years ago and has not been replaced — does take walk-in orders. Food came out fairly quickly; it’s plain that the kitchen had plenty of experience packing up to-go orders before and during the pandemic.

HOW IT’S GOING: We didn’t initially have to compete with other customers but there was another walk-in order pending as we left. The gentleman behind the counter says the place has stayed fairly busy.

WHAT WE GOT: Plate lunch: two pieces of fried chicken, breast and thigh, plus two veggies (corn and white beans) and a fluffy dinner roll ($11). The chicken was well drained and not greasy; the corn and beans were quite tasty. And the sum of the order was more food than humans should be allowed to eat.

HOW IT WENT: It’s been too long since we last visited Bobby’s, which has reopened its dining room so we could place an