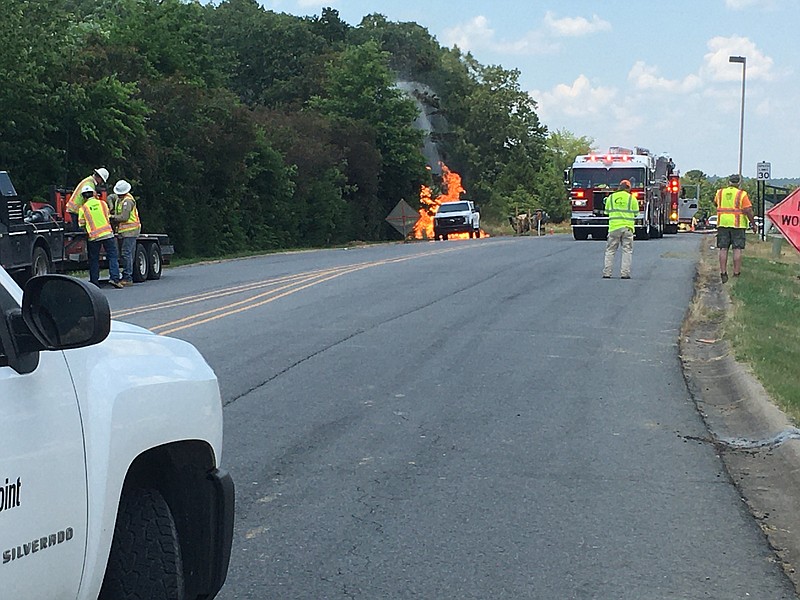 Workers operate near the scene of what city officials described as a "gas line explosion" Thursday on Edgewood Drive in Maumelle.

A gas explosion and fire in Maumelle on Thursday afternoon injured four employees of utility company CenterPoint Energy after a reported rupture in an underground natural gas main.

Three homes near the fire were evacuated, according to the Maumelle Fire Department. The gas ignited near the area of Edgewood Drive and Windwood Lane, not far from the Maumelle Community Center.

The gas main was shut off at 2:25 p.m. and the fire extinguished, officials said.

According to Division Chief Michael Cossey of the Fire Department, firefighters received a call about a gas-line rupture about 10:10 a.m. related to a contractor working in the area. Utility workers were investigating at the scene when the gas ignited and caused a fire, according to Ross Corson, a spokesman for CenterPoint Energy.

The four employees were transported to a hospital and two were released as of late afternoon, Corson said.

"We are in contact with the employees and their families to offer support and to convey thoughts and prayers from their coworkers," Corson wrote in an email.

Their injuries ranged from serious to minor and included burns, according to Cossey.

Corson said it was his understanding that the contractor was doing telecommunications work unrelated to CenterPoint Energy when the contractor damaged the gas main.

The large blaze burned for about an hour and a half before it was extinguished to all but a small flame, Cossey said. Authorities blocked a portion of Edgewood Drive to traffic during the incident.

The remaining flame was extinguished and firefighters left the scene before 6 p.m., Cossey said, and the nearby residents were allowed to return to their homes. 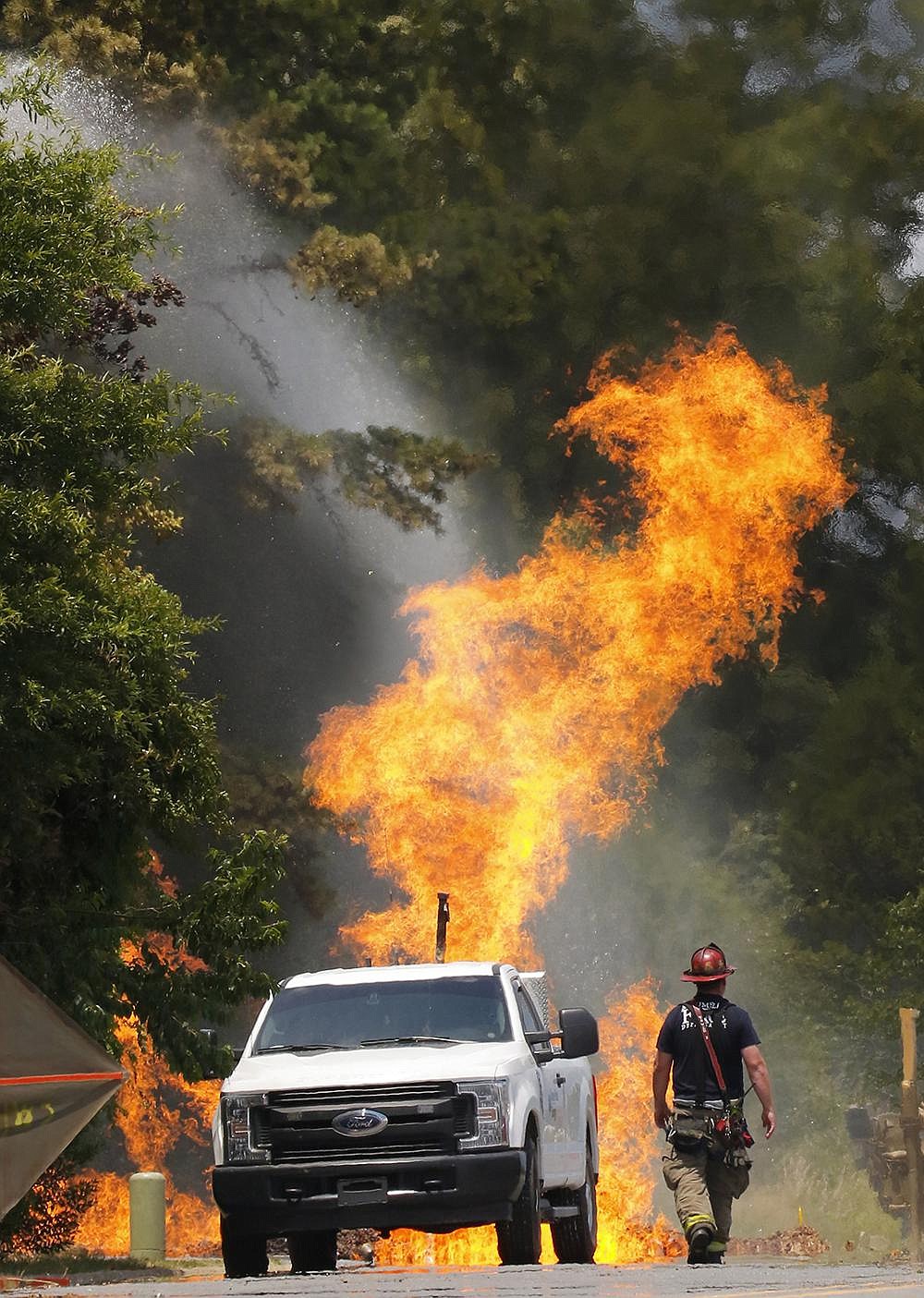 Firefighters approach a gas main fire that erupted Thursday afternoon in Maumelle. Two men were reportedly injured in the initial explosion, which occurred near the intersection of Edgewood Drive and Windwood Lane, across the street from the Jess Odom Community Center. More photos at arkansasonline.com/619gasfire/. (Arkansas Democrat-Gazette/John Sykes Jr.)
ADVERTISEMENT