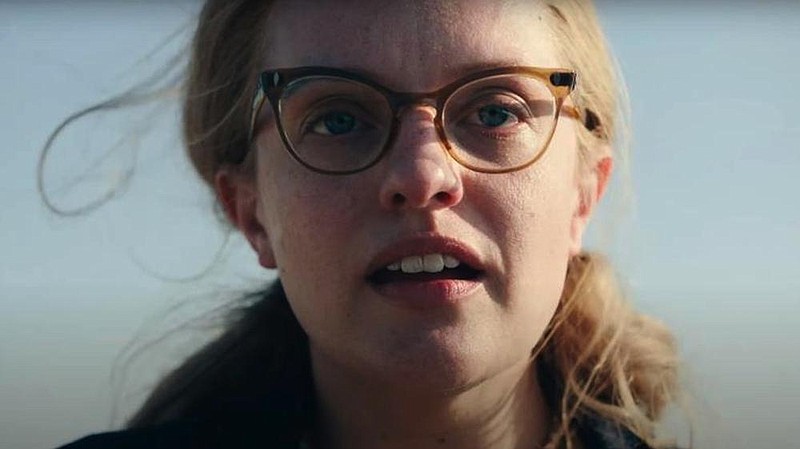 Shirley Jackson (Elisabeth Moss) is a writer enjoying the first flush of literary acclaim — and possibly coming apart at the same time — in Josephine Decker’s Shirley, a speculative biopic that incorporates real people and situations into a fictional narrative.

I had no idea of what Shirley Jackson looked like until, in preparing to write this review, I pulled a copy of the Library of America's Shirley Jackson: Novels and Stories off my shelf. And there, on the dust jacket cover, was a woman who looked startlingly similar to the character Elisabeth Moss plays in Josephine Decker's Gothic feminist critique Shirley, which has been described as an "anti-biopic."

It is interesting to consider how our physical appearance might shape our interior lives; we infer more than a person's looks than we ought to, and most of us probably subscribe to the idea that we might start to change ourselves by wearing different clothes. The actual Jackson on the book jacket and the Jackson that Moss inhabits on the screen both present as a certain kind of mid-20th century intellectual that drank hard and entertained glittering minds, whose lives were truncated by booze and cigarettes and faculty club sordidness.

Jackson is best known for her 1948 short story "The Lottery," which most of us encounter in junior high school literature classes as an example of allegorical social commentary. She also wrote the novel The Haunting of Hill House (1959), which is more than a Gothic horror story, and enjoyed a second career writing comic sketches of domestic life for women's magazines that anticipated the rise of Erma Bombeck and the thousands of mommy bloggers.

Until the past dozen years or so, it was possible to dismiss her as a middlebrow genre writer who connected with the public on a couple of occasions. But her reputation has been rehabilitated recently, to the point that I feel I ought to read more of her work and begin to think about her in a more serious, respectful way. I should read that LOA collection.

Shirley might also help with that, though its source material is not biography or autobiography but Susan Scarf Merrell's 2014 novel which appropriated real events and people in Jackson's life to create a literary thriller that paid homage to Jackson's work. Shirley, both book and film, might be considered fan fiction; presumably, the more you know about the titular writer, the deeper the story hooks.

In his preface to his 2014 graphic novel version of "The Lottery," visual artist Miles Hyman, who happens to be Jackson's grandson, writes he has but one clear memory of her (she died when he was 3 years old): "I see her sitting on a chair or stool in her kitchen in what seemed to be a palatial Victorian house on upper Main Street in North Bennington, Vermont. She seems to be onstage, framed by a doorway in the dim light as she talks to someone I can't see ... I've been told that, typically, after a day spent writing, doing housework, and parenting, Shirley would repair to the kitchen to begin preparing the family dinner, always sitting on the same stool, relaxing with a cigarette, and a glass of J.W. Dant bourbon."

Hyman's memory sounds like a shot from Decker's film, which is largely composed of such apprehended images. Characters are glimpsed through keyholes, framed by windows and parted curtains, reflected in mirrors and glass. Like an eavesdropping child, we catch phrases, bits of conversation, refracted and oblique edges of unsettled and unsettling adult life. We can't always identify the source of threat or oppression, but we feel it.

Set not long after Jackson published "The Lottery" in the New Yorker, resulting in an unprecedented (and still unmatched) reaction from readers, Shirley concerns the symbiotic if not parasitic relationship a young couple, the fictional Rosemary and Fred Nemser (Odessa Young and Logan Lerman) develop with Jackson and her husband, noted critic Stanley Hyman (Michael Stuhlbarg). Hyman teaches at Bennington College, Jackson is an ascendant literary star, and their home is a salon for writers and artists. (As, in fact, it was.)

But Jackson is paranoid and mean, given to crawling back into bed even as her cocktail parties are just getting going. Rosemary, who was ambivalent about being married even before she discovered herself pregnant, soon finds herself indentured as Shirley's gofer and housekeeper/cook, an arrangement that keeps the young couple under the same roof as Stanley and Shirley despite the latter's protestations.

An obvious touchstone for the film is Who's Afraid of Virginia Woolf? with the power dynamics between and within the couples constantly shifting. Alliances are formed and dissolved, trust is weaponized, all the petty power plays of the academic set are evoked.

Stanley controls Shirley by doling out an allowance, even though she's the main breadwinner. He wants her writing, producing work now that she's hot, but he also means to keep her in her place with his passive-aggressive wheedling and brazen womanizing.

In turn, the careerist milquetoast Fred manipulates Rosemary, who is both repelled and intrigued by the mercurial and psychically gifted Shirley (in real life, Jackson boasted of being "an amateur witch"), who eventually enlists the younger woman in a dangerous and thrilling errand.

It is an enervating and discomfiting film, all elbows and uncomfortable angles, that gives its audience little space in which to relax. So effectively does Decker confuse the points of view -- she never really offers us a surrogate in whom we might invest our empathy, though we certainly feel for the put-upon Rosemary -- that it might be difficult for us to know exactly whose world is disintegrating.

Shirley is a triumph of period recreation; it has the feel of a toxic relationship, and all the performances seem tuned just sharp of naturalism. Stuhlbarg's Stanley is creepy without dulling his charisma, and Moss' Shirley is one of those taut-pitched performances that demand awards-season mention. While on many levels this is a hard film to watch, it's a deeply interesting speculation about a writer we hardly knew.

This film is available on various streaming platforms, including Amazon Prime and afisilver.afi.com. 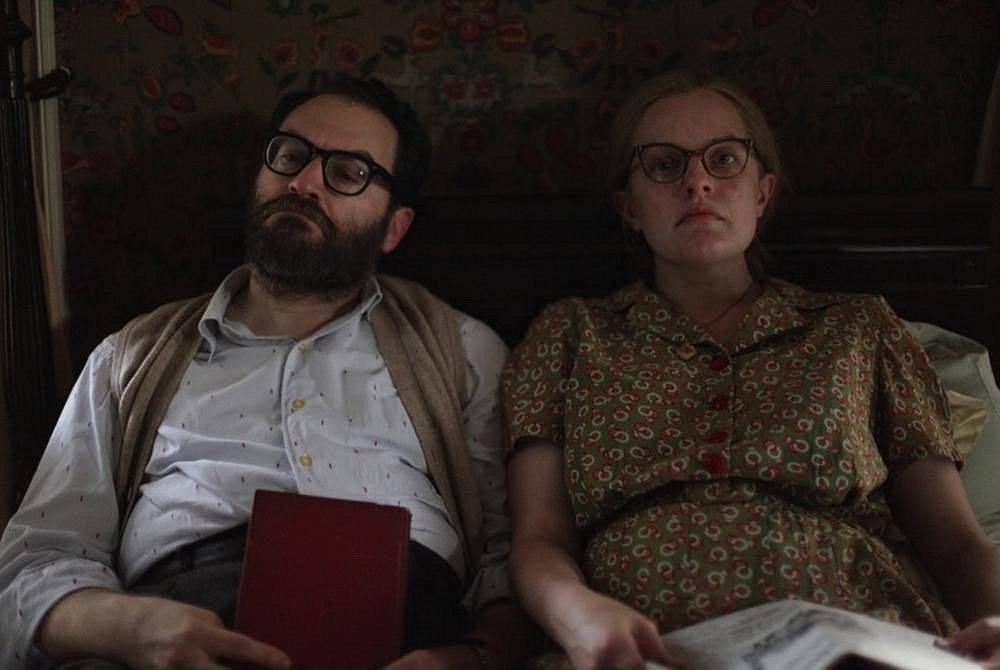 Stanley Hyman (Michael Stuhlbarg) and Shirley Jackson (Elisabeth Moss) are a midcentury intellectual couple who booze and philander and fight and play a version of “get the guests” in Josephine Decker’s visually stunning Shirley.
ADVERTISEMENT