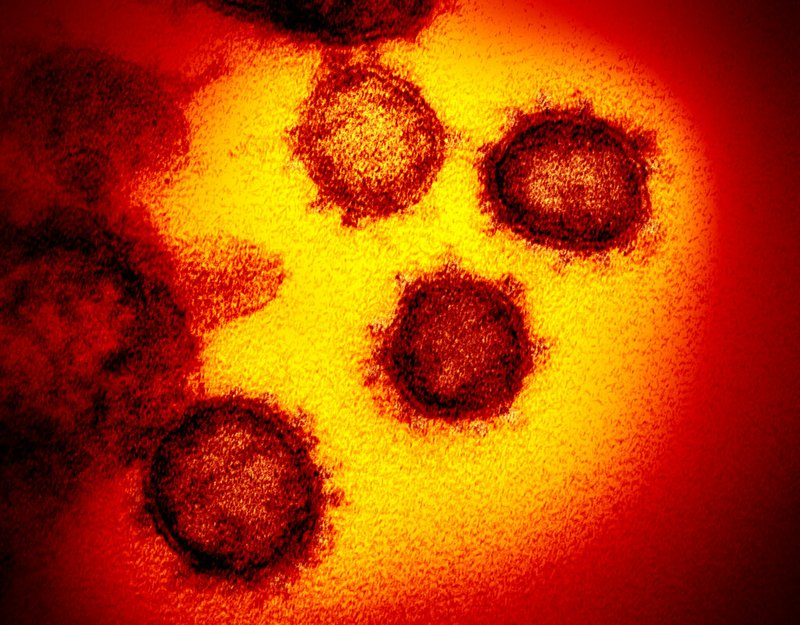 FILE - This undated electron microscope image made available by the U.S. National Institutes of Health in February 2020 shows the Novel Coronavirus SARS-CoV-2. Also known as 2019-nCoV, the virus causes COVID-19.

A team of scientists from the federal Centers for Disease Control is in Northwest Arkansas, where covid-19 cases are increasing and disproportionately affecting minority communities.

"We invited the CDC to come and work with us to understand covid-19 and the Latinx community in Northwest Arkansas. We are working and meeting with them," according to Danyelle McNeill, spokeswoman for the Arkansas Department of Health.

Jason McDonald, spokesman at the centers, confirmed Monday the agency sent a team of scientists to the area at the request of Arkansas health officials. The team arrived late Sunday, he wrote.

Dr. Nate Smith, Arkansas health secretary, said Friday during Gov. Asa Hutchinson's daily news briefing the team will be able to do a deeper analysis of the spread of the virus in Northwest Arkansas more quickly than the state. The team plans to stay another two weeks, he said.

Northwest Arkansas has seen a spike in cases over the past several weeks. Washington County has about 5.4 times as many cases as it did three weeks ago, although the number of tests has increased by about 2.3 times. Washington County had 2,222 cases and 11,781 tests as of about 4 p.m. Friday, according to the Health Department.

Smith has said cases are increasing especially in the Hispanic community.

Mireya Reith, executive director of Arkansas United, an immigrant rights group based in Springdale, said she met with team members Monday. She said she spoke about the dynamics of the Hispanic community in Northwest Arkansas. She said it was the first visit to the state by the centers' team members.

She also spoke about how the rise in cases in minority communities is tied to the jobs they tend to have. While Tyson Foods has taken several measures such as free testing for employees, personal protective equipment and paid sick time for employees who test positive, that is not the case for all poultry plants in the region. Even with protections that companies can provide, their employees are still essential workers who do not have the option to work from home, Reith said.

She also said the Health Department is lacking in bilingual contact tracers who contact people with covid-19 to learn where they have been and with whom they have been in contact.

Minority communities mostly need action that shows their lives are as valued as white lives, she said.

Eldon Alik, consul general for the Springdale consulate of the Republic of the Marshall Islands, said he also met with the team of four to five scientists about covid-19 in the Marshallese community.

Alik said the team wanted to know how they could help, and he told them the Marshallese community needs more answers and data as to how exactly they are contracting the virus, whether that be from poultry plants or other sources.

Ozark Mountain Poultry, operated by George's Inc., has had the highest number of cases than any business in Arkansas with 241. The plant had 55 active cases as of Thursday, according to the report.

The report says about 56% of the people with covid-19 who work in the poultry industry are Hispanic, but does not say how many are Pacific Islanders and/or Marshallese. The race or ethnicity of about 21% of the people are unknown.