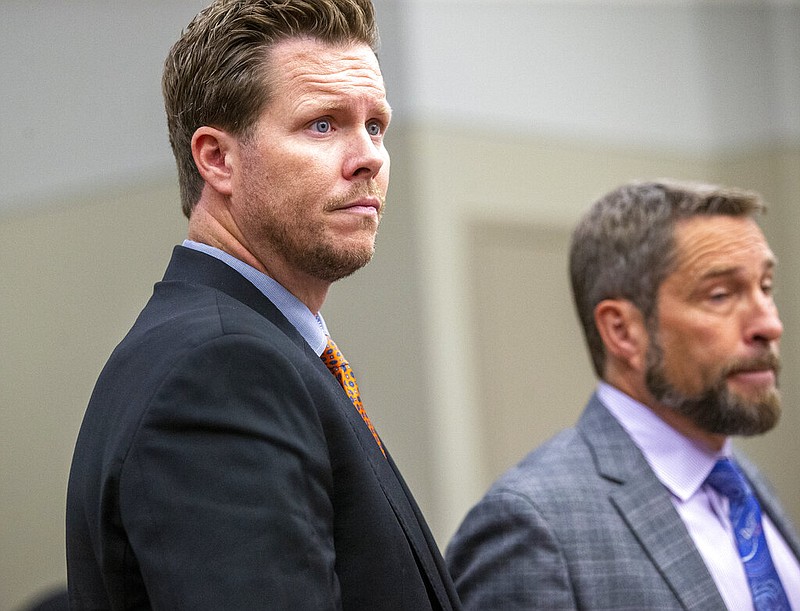 FAYETTEVILLE -- A lawyer indicted in Arkansas for an illegal adoption scheme pleaded guilty in Utah on Friday to human smuggling and other charges involving birth mothers from the Marshall Islands, according to media reports.

He's expected to enter similar pleas to federal charges in Arkansas, the defense attorney confirmed. As of Friday, no change of plea hearing was set for Petersen in U.S. District Court for the Western District of Arkansas, court records show.

Petersen opened a branch of his law firm's office in Fayetteville in 2014, according to court records. Investigators estimated that branch of the firm handled about 30 adoptions a year. The firm's standard fee for an adoption was $10,000 up front and $25,000 upon completion of the adoption, court records say.

Petersen was charged with illegally paying women from the Pacific island nation to come to the United States to give up their babies in at least 70 adoption cases in Arizona, Utah and Arkansas over three years. Marshall Islands citizens have been prohibited from traveling to the U.S. for adoption purposes.

The Marshall Islands are a former territory of the United States located about 2,000 miles west of Hawaii. Marshallese have the right to travel with few restriction to the United States under a treaty with that country.

Petersen pleaded guilty in Utah to three counts of human smuggling and one count of communications fraud, all felonies. He pleaded guilty to Medicaid fraud in Arizona for signing up Marshallese birth mothers for prenatal care and for delivery when such benefits are reserved for permanent Arizona residents in that state. The charges in Arizona said many of the birth mothers stayed in that state for four months.

The women brought to Utah to give birth received little or no prenatal care, prosecutors said in court documents. Their passports were also taken while they were in the U.S. to assert control over them, authorities said.

Petersen completed a missionary trip to the Marshall Islands in his youth, according to court records.