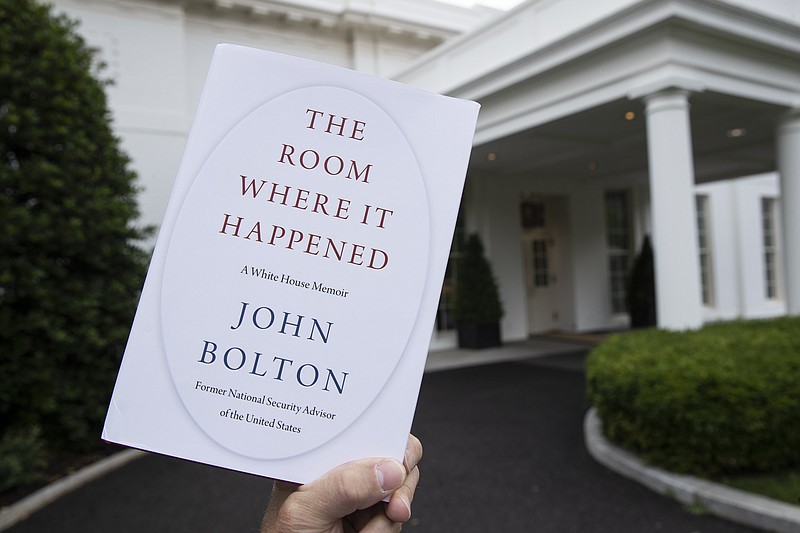 A copy of "The Room Where It Happened," by former national security adviser John Bolton, is photographed at the White House, Thursday, June 18, 2020, in Washington. (AP Photo/Alex Brandon)

WASHINGTON -- A federal judge on Friday criticized former Trump administration national security adviser John Bolton for moving to publish his book without formal clearance from the White House, but the judge suggested he was probably powerless to stop its release given that copies of the manuscript have already been widely distributed.

U.S. District Judge Royce Lamberth told lawyers during arguments Friday that "the horse seems to be out of the barn" and wondered aloud what he could do to retrieve books already sent out "all over the country."

A lawyer for Bolton agreed with the judge and said the Justice Department's request to halt the publication of the book and to retrieve copies was both surreal and impractical. More than 200,000 copies have already been printed and distributed to booksellers throughout the country, and the book has received substantial publicity from major news media organizations that have reviewed it ahead of its scheduled release next week.

But the Justice Department bristled at the idea that nothing could be done, with Justice Department lawyer David Morrell saying that Bolton had created a "'mess" by publishing his book without receiving what he said was formal authorization that the manuscript was free of classified information. He said Bolton should not be permitted to profit from a problem he created by flouting his contractual obligation to not disclose classified material he was exposed to while on the job.

[Video not showing up above? Click here to watch » https://www.youtube.com/watch?v=fwU8U53hjks]

"He has flung the barnyard doors open. He has let the horses out, and now he looks at us collectively and says, 'What are you going to do about it?'" Morrell said.

Lamberth did not immediately rule, saying he wants to further weigh the government's classification arguments in a court case that raises core First Amendment and national security concerns.

The book is due out Tuesday, and Lamberth is expected to make a ruling before then.

The Justice Department sued earlier in the week to halt the release of The Room Where It Happened, saying the book contained classified information that could damage national security and that Bolton had failed to complete a pre-publication review process.

Lamberth appeared to find compelling the Justice Department's assertion that Bolton had prematurely bailed on the review process.

"He can't just walk away, and he didn't tell the government he was walking away," Lamberth told Bolton's attorney Chuck Cooper.

The Justice Department similarly argued that it wanted the judge to send a message that government employees who become "disgruntled" during the manuscript review process don't simply give up and publish classified information without approval.

"Deterrence matters because there's a massive government interest in ensuring that these agreements aren't breached by a disgruntled author," Morrell said.

But the judge also repeatedly pressed the Justice Department on how the White House came to reach the conclusion that Bolton's manuscript contained classified information, especially since Bolton had been assured on April 27 by the career official responsible for overseeing the National Security Council's pre-publication review process, Ellen Knight, that edits on the manuscript were done and that there was no classified material.

Bolton's lawyers argued that he had labored painstakingly for months with Knight, including on a line-by-line edit. But another White House official, Michael Ellis, soon after embarked on an additional review and identified material that he said was classified, prompting the administration to warn Bolton against publication.

Bolton's lawyers have argued that the White House assertions of classified material are a pretext to censor him over a book the administration simply finds unflattering. 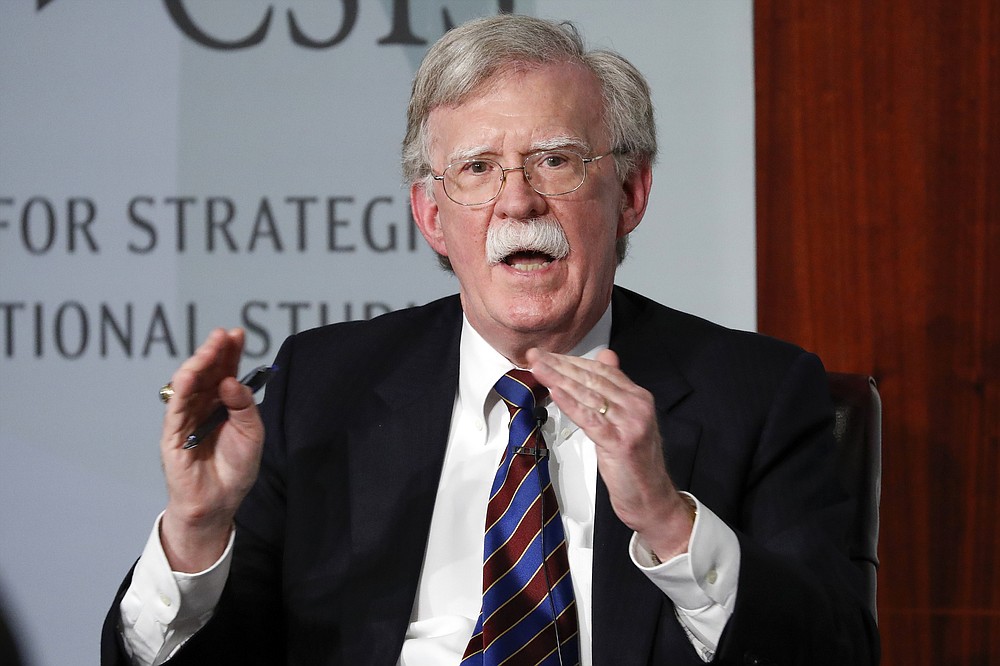