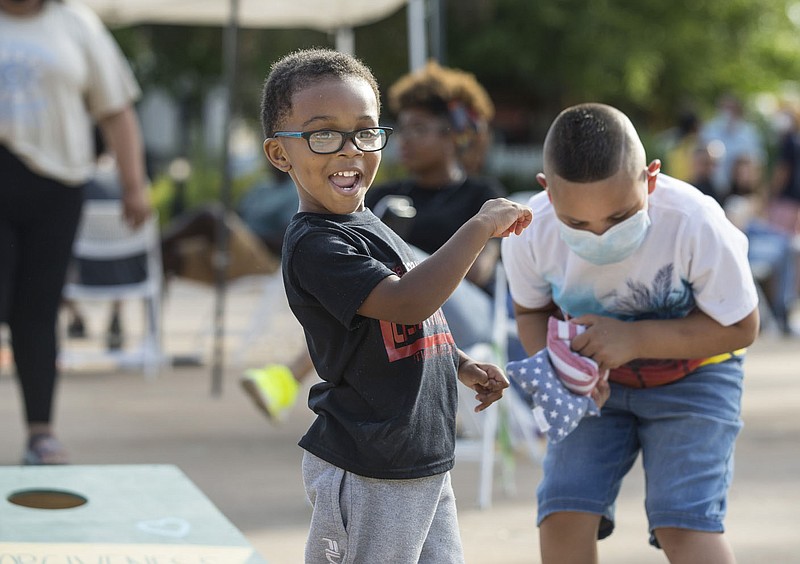 Noel Sosa, one of the speakers, said it was historic to be able to have the celebration downtown.

Juneteenth is the oldest nationally celebrated commemoration of the ending of slavery in the United States. It was on June 19, 1865, that Union soldiers, led by Major Gen. Gordon Granger, arrived in Galveston, Texas, with news the Civil War had ended and slaves were now free.

Anthony Roman said he enjoyed the event and it was needed in Bentonville.

"I'm hoping everyone leaves with some knowledge of the day and how powerful a day it is," Roman said.

Roman said he hoped people learned about Juneteenth and hoped it will bring a better understanding of the black community.

Yoofi Otabil of Bentonville said he only learned about Juneteenth about a week ago. Otabil said he's from Ghana and has been in the United States for 10 years.

He said the celebration is important and he hope it brings more awareness to the holiday and he believes it helps promote peace and unity.

Benton County Sheriff Shawn Holloway attended the celebration and said it was a learning experience for him.

"It's nice to see a gathering of different races coming together for a change that they believe in," Holloway said. "That's what America is about."

There was a moment of silence while "Lift Every Voice and Sing," frequently referred to as the black national anthem, was played.

A video of Dr. Martin Luther King Jr.'s "I Have a Dream" speech was played on a large screen.

People also took time to do a little dancing.

Sosa urged people to register to vote and to work together to make needed changes.

Brandon Claybrook of Rogers said the event is a big moment for Bentonville and he hopes that it will continue to grow.

Claybrook said he hopes people understand the significance of Juneteenth and he believes the celebration will help bring people together.

Roman wants the celebration to be an annual event. "What's the point of doing it if we only have it one time," he said.

Aaron Clarke, one of the organizers, said they are planning on making it an annual event. "We brought the community together," he said. "We had law enforcement here and people danced together. This is what we were aiming for."

Clarke said they wanted to bring law enforcement, city officials, and the community together to improve the relationships.

Clarke said he expects next year's celebration to be bigger because they will have more time to plan it.

"It's so important for us to remember the mistakes of the past, but also celebrating freedom, African-American freedom, while encouraging respect for all cultures," Hutchinson said. 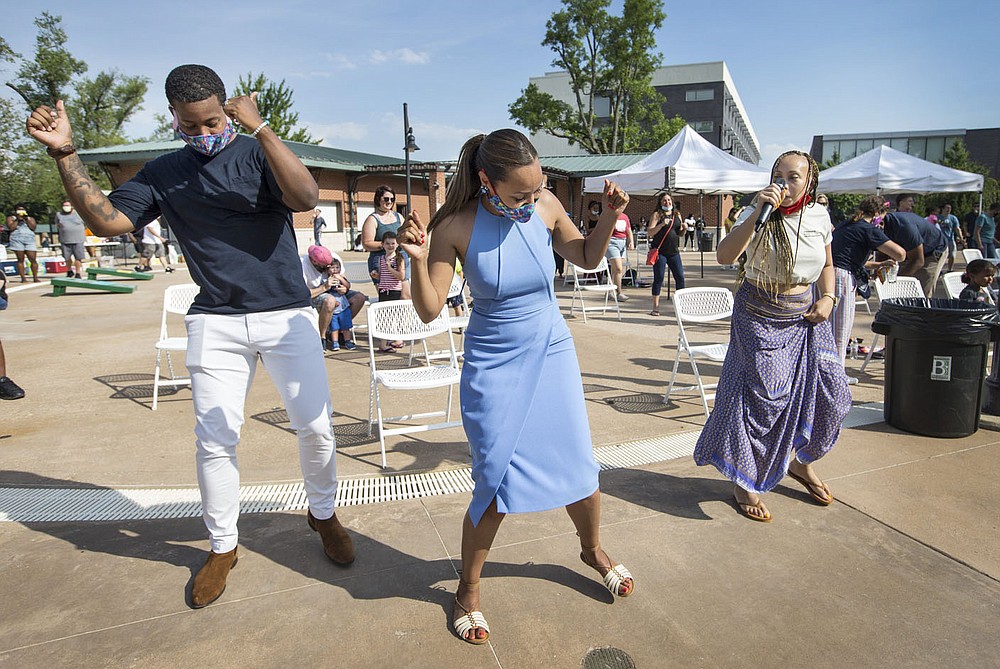 [Don't see the gallery above? Click here to see the photos: http://nwamedia.photoshelter.com/gallery/Bentonville-Juneteenth/G0000p0mml3UM08Y/C00008TNt1KNcsTU]