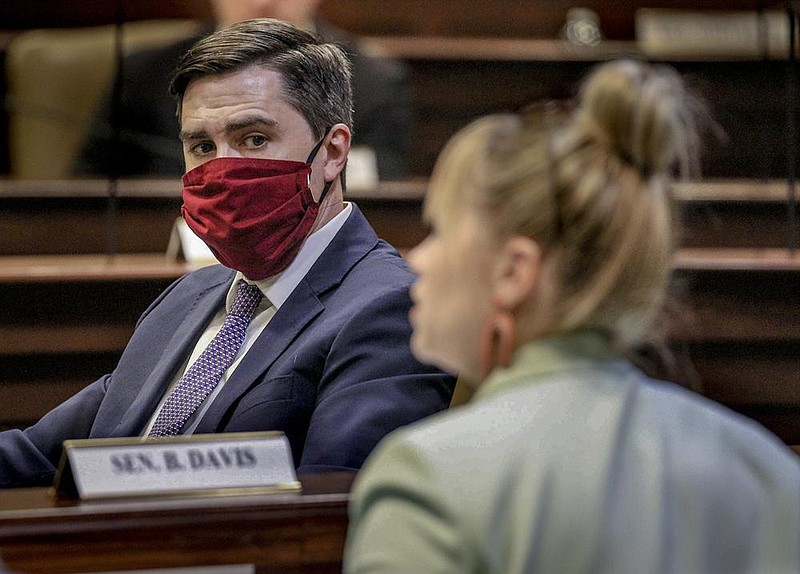 State Budget Director Jake Bleed (left) presented Southern Arkansas University’s request Friday for $495,000 in covid-19 rainy day funds. Legislative Council member state Sen. Breanne Davis (right) said that would continue a trend of appropriating money with “no rhyme or reason” that ultimately hurts students. “We are almost last in higher education in the entire nation and this is how we do business? It’s wrong, it’s embarrassing, I’m embarrassed,” she said. (Arkansas Democrat-Gazette/Staton Breidenthal)

A revised revenue forecast will restore most of the funding lost by Arkansas public colleges this spring because of state budget cuts prompted by the coronavirus pandemic.

State Budget Director Jake Bleed told lawmakers Friday he expects over $300 million more by the end of the fiscal year than what was anticipated after the virus arrived in the state. In March, the state finance department cut the state's budget by $353.1 million to $5.38 billion, expecting less in sales tax revenue because of reduced consumer spending and less in income tax revenue because of the filing deadline's extension into July, which marks a new fiscal year.

But sales tax revenue and income tax payments have been higher than expected, so schools can get more money this fiscal year -- which ends June 30 -- while the state must revise its forecast for next year.

The realization of the revenue increase's impact quelled a debate among members of the Arkansas Legislative Council who had been divided for more than an hour over two issues: whether a university's maintenance project was a proper use of the state's covid-19 rainy day money, and whether the state appropriately funds its higher education institutions.

The council Friday heard a request from Southern Arkansas University for $500,000 to help fix its air-conditioning system.

Lawmakers had first debated the money for SAU, which last fall had been allocated $1.8 million extra from the formula and lost all of that and more because of the cuts. Then, at the motion of Senate President Pro Tempore Jim Hendren, R-Sulphur Springs, they discussed whether to instead restore all schools' productivity funding losses using $9 million of the $150 million remaining in the covid-19 rainy day fund.

While some lawmakers favored Hendren's idea, Sen. Missy Irvin, R-Mountain View, noted that if revenue partially funded the productivity formula and lawmakers also fully restored it, the productivity category would end up being funded more than 100%.

It's not clear how much funding will be restored to public colleges because of the additional revenue. Lawmakers tabled SAU's request with the intention of revisiting it later this month when state leaders know more about how much money will be available.

But, Bleed said, all of the schools' base funding will be restored and part of their productivity gains will be, too. That means institutions will receive, collectively, $30.9 million more and at least a portion of the $12.3 million appropriated for productivity gains.

According to state law, higher education institutions can keep whatever they don't spend by the end of a fiscal year, meaning the money can go toward next year's operations as well.

Southern Arkansas University President Trey Berry requested $495,000 in covid-19 rainy day funding for a new cooling tower that he intended to replace this year before he learned the university would lose nearly $2.5 million in state appropriations. That represented more than 3% of its $73 million in operating expenditures for the year, but it came toward the end of the year, when most of the university's budget had already been spent.

Any requests for money from the covid-19 rainy day fund, approved by lawmakers in March, must be made before the fiscal year ends. The money can't be touched after that and would be moved elsewhere in the state's budget in January. The $173 million appropriated for the fund came from state surpluses. About $150 million remained before Friday.

SAU's request was the second made by a public university. Henderson State's request for $825,000 in May to help it make payroll also prompted considerable debate among lawmakers concerned about the university's recent history of poor financial management and the purpose of the rainy day fund.

Some lawmakers questioned Friday why SAU couldn't have spent reserves on the cooling tower. SAU representatives did not attend the meeting.

"To me, this is not something covid-related; this is normal life," said Rep. Robin Lundstrum, R-Elm Springs.

Bleed, who presented SAU's request, countered that SAU, which has about 4,500 students, had intended to purchase a new cooling tower during the current fiscal year but lost the money to do so this spring.

Sen. Bruce Maloch, D-Magnolia, who helped Berry get the request before the Legislature, said the university's request for capitol improvements wasn't unusual.

"We've done this before for members," he said. "This is something that you don't budget for. You don't budget for an air conditioner going out on the north part of campus with the school opening up [in August]."

Sen. Breanne Davis, R-Russellville, asked why SAU would get funding but not other schools that also lost out on productivity funding. She said that would continue what she said was a trend of appropriating money to schools with "no rhyme or reason" that ultimately hurts students.

"We are almost last in higher education in the entire nation, and this is how we do business?" she said. "It's wrong. It's embarrassing. I'm embarrassed."

Sen. Linda Chesterfield, D-Little Rock, said she didn't want to pit institutions against each other and asked that any other school needing funding should come to lawmakers for help.

"I think one of the things we're facing is something we've talked about time and time again," she said. "I know a lot of people disagree, but the numbers tell the story. We end up where we end up in higher ed because we deliberately and very carefully have divested in higher ed for the last 25 years."

This story has been corrected. Sen. Bruce Maloch is a Democrat. 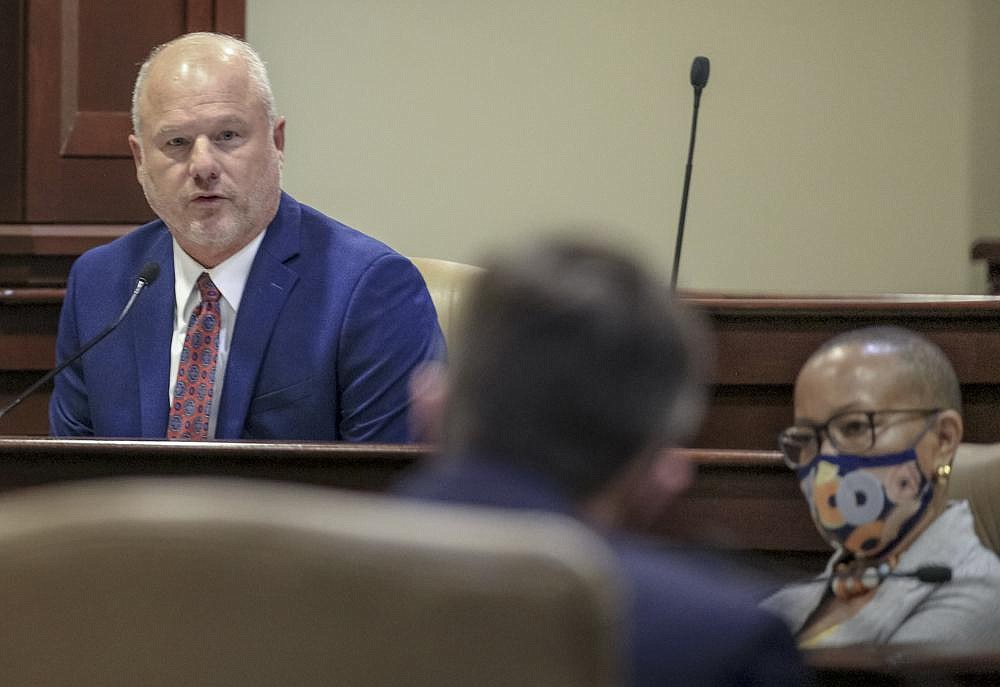