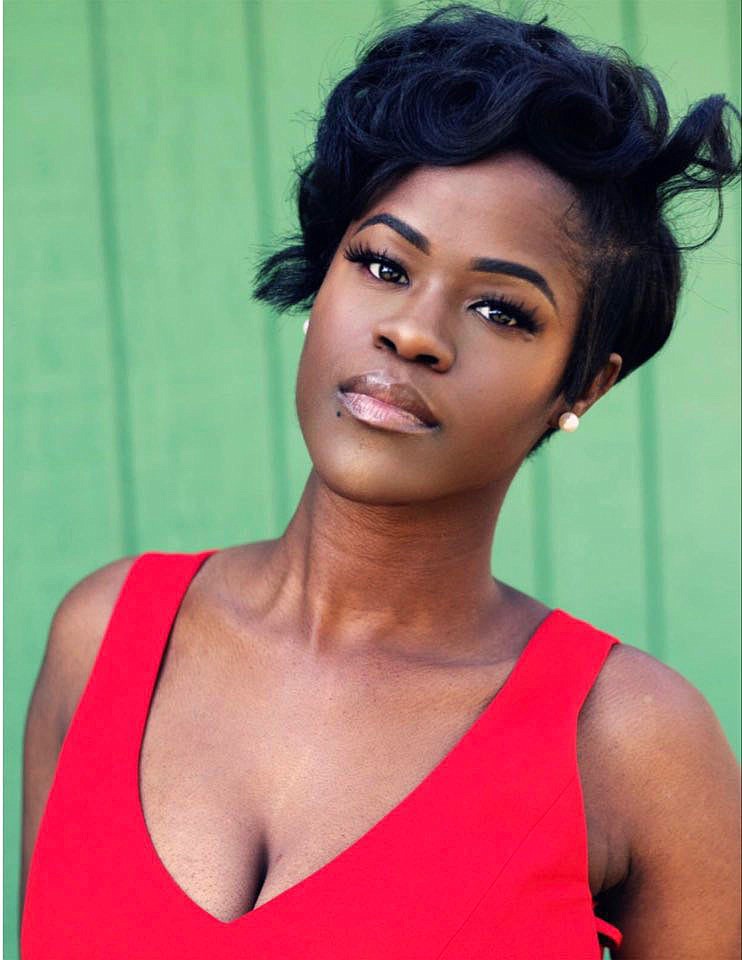 NaTosha Devon is a writer, poet and actor. A graduate of the University of Arkansas M.F.A. program, she was recently seen in the TheatreSquared production of "The Royale." She’s partnering with a student writer for the Viral Monologues project. (Courtesy Photo)

"A few weeks ago, Coleman Clark -- who is from Fayetteville, is a former Arts Live Theatre artist and is the deputy director of the 24 Hour Plays -- and I connected and began exploring opportunities to connect and support," explains Smith. The 24 Hour Plays, first produced in 1995, connected playwrights and actors and asked them to write and produce a play in a 24-hour period. Today, theaters around the world take part in the event.

Smith and Clark came up with an idea: They would link professional actors and writers with student actors and writers in the community and charge them with writing and performing a monologue in 24 hours. In addition to being the executive director of Arts Live, Smith founded the Actors Casting Agency, is a member of the popular improv group Phunbags and writes and performs in plays and movies. This intense involvement in the arts community of Northwest Arkansas means he has developed contacts with a coterie of talented artists.

Smith says the project will be beneficial for teachers and students alike.

NaTosha Devon is a writer, poet and actor who is participating in the project. She answered three questions for What's Up! about the project.

Have you ever worked with student actors of this age group before?

Yes, and it is always so much fun and such a blessing. To me, what's appealing about working with student actors is the possibility. Being able to be a part of a young artist's journey is extremely important for me. Just the idea of mentorship and collaboration is exciting.

What will be the process for the monologue?

When you were younger, did you ever take part in something like this and/or have a mentor who helped you get where you are today?

As a high schooler, I did not experience things like this. I came from a very small town where the arts wasn't a thing, and it wasn't something that our town could afford in the school system. But as I got older and went to college, I had several mentors along the way who helped shaped my career as an actor, a writer and a poet. I'm always so grateful for those experiences and being able to watch my mentors be proud of my work. And slowly let my hand go when they realize I'm ready to do things on my own. I believe my first mentor gave me a challenge: He showed me all of his awards and his plaques and his accolades, and he told me, "By the end of your career I want you to surpass everything in life that I have accomplished." I hold that really dear to me, and I know that that's a goal that is making him proud in that way. And also becoming a mentor, as I have gone further in my career, I have the same expectations for my mentees. So I am super excited about this project, and I am hoping to form a relationship with my student actor that goes beyond the assignment.

The Viral Monologues can be accessed on the Arts Live Theatre YouTube channel. Find that link at artslivetheatre.com.

Also available from ALT are:

“Little Women” and “The Red Badge of Courage” — Full productions by ALT which can be viewed on the YouTube channel.

Me Interview You Too — Get to know ALT performers as they interview each other on the ALT YouTube channel.