OLD NEWS: How the ‘Black Sox’ scandal helped the Travs 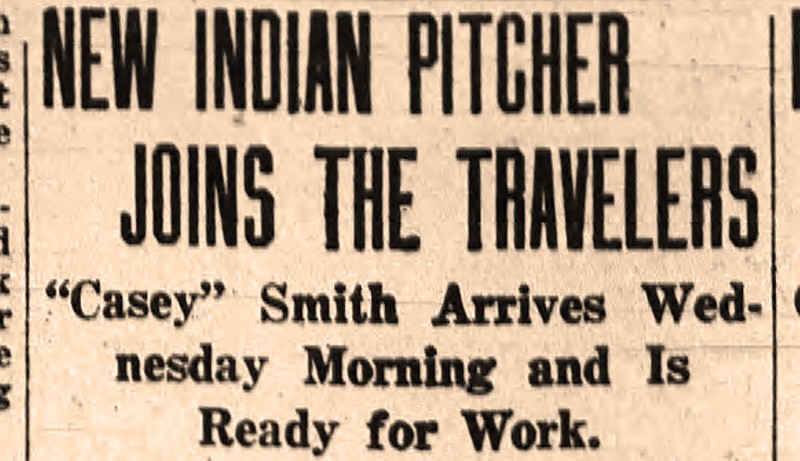 This is an unfamiliar baseball story, but its prelude is a story sports fans know well.

In 1919, the Chicago White Sox lost the World Series to the Cincinnati Reds in a way that seemed to confirm a rumor that the Sox had been bribed to lose. Sportswriter Hugh Fullerton of The New York World cried foul, and scandal arose ... for a while.

Arkansas sportswriters were reluctant to believe in the "gambling scandal." The sportswriter of the Arkansas Democrat conveyed his skepticism by using quote marks around the term. But in fall 1920, two of the Sox confessed to a grand jury in Chicago.

Eight players were charged with conspiracy to defraud. These eight "Black Sox" were acquitted in 1921 after evidence, including the confessions, vanished just before trial. Nevertheless, the first commissioner of baseball, Kenesaw Mountain Landis, banned them from the big leagues.

Here comes a less familiar part of this story.

Early in 1920, some teams dropped a few players in a manner that ruined those athletes' reputations. These men were not Sox or Reds and had nothing to do with the Series. They were targets of rumors.

Seaton and Smith had been pitchers for the San Francisco Seals in the Pacific Coast League. The Seals released them without restrictions and without so much as a hearing.

Travs president R.G. Allen and team manager "Kid" Elberfeld were thrilled to get them, especially Smith. In the May 14, 1920, Arkansas Gazette, sportswriter Heinie Loesch gushed:

Smith is an Indian, which ought to be a point in his favor in view of the success the local club has had with the original Americans.

Already the Travs employed two American Indians, and Loesch and his counterpart at the Democrat, W.N. Stone, habitually punned and blathered over their Indian-ness. 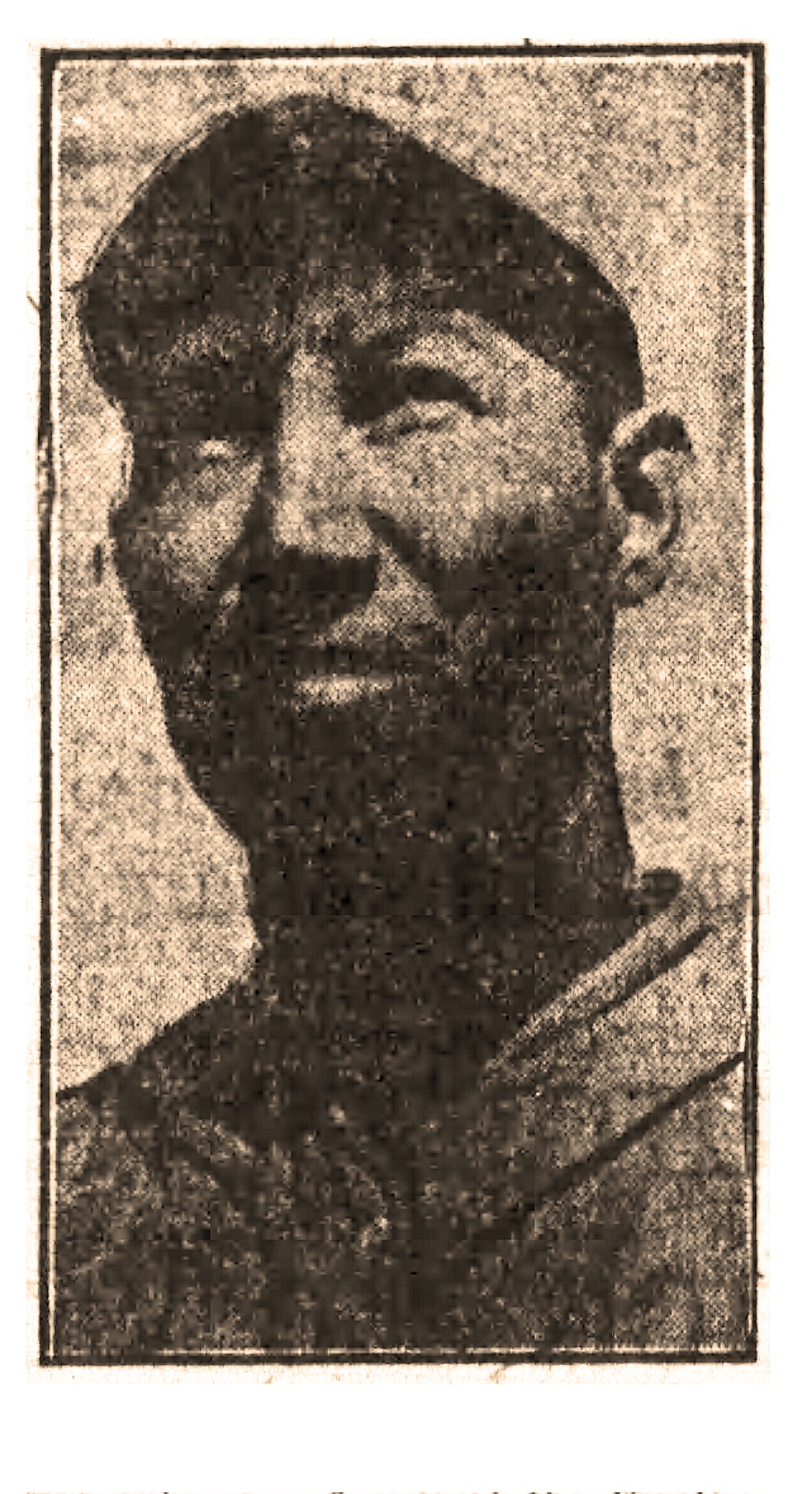 William Wano was an outfielder for the Little Rock Travelers when his photo appeared in the Aug. 21, 1920, Arkansas Gazette. (Arkansas Democrat-Gazette)

◼️ Moses Yellow Horse was a raw recruit Elberfeld gave a tryout in March on Wano's recommendation. A pitcher from Pawnee, Okla., Yellow Horse had talent in indirect proportion to his experience, and Loesch promptly dubbed him "Chief Yellow Horse." Although he threw like "a wildman" in his early starts, by May "the Pawnee pitcher" had become "the Noble Red Man" who used his "Indian sign" power to pound opposing teams.

He was also a popular teammate, as it turned out, and destined for the Big Show. 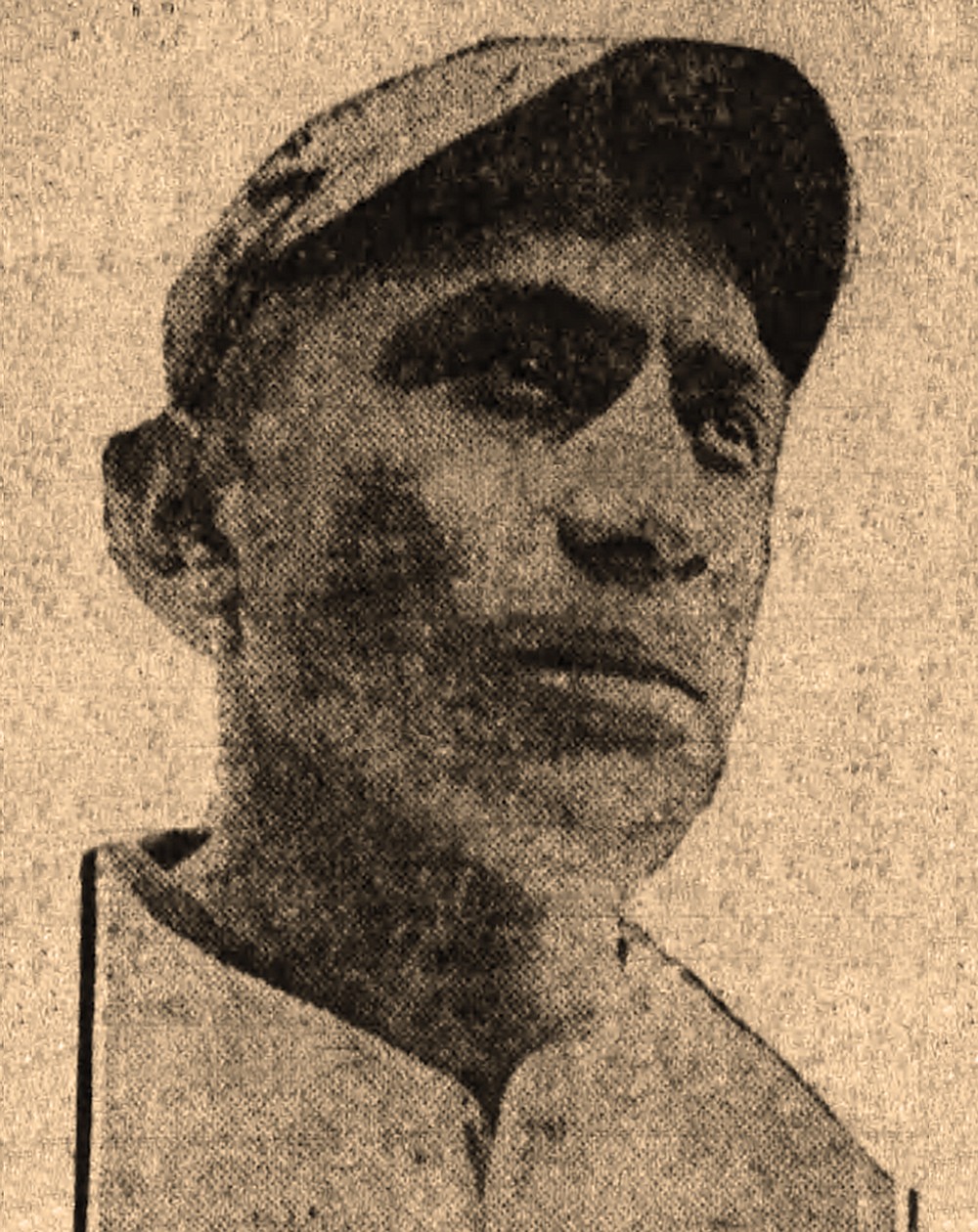 Moses Yellow Horse was a pitcher for the Little Rock Travelers ball club when his photo appeared in the June 10, 1920, Arkansas Gazette. (Arkansas Democrat-Gazette)

When "Indian No. 3," Casey Smith, became available, the Democrat opine-reported:

Smith was recently released by the Frisco club, but it was not due to poor pitching. With Tom Seaton, veteran major league hurler, the Indian was accused of having a part in a "gambling scandal."

Smith has pitched a winning brand of baseball in the Coast League and should make the Travelers a valuable hurler.

And Loesch flat-out opined in the Gazette:

If there is anything in the charges against Smith it is probable that he has learned his lesson, and that he will give the Little Rock club the best he has. Prexy Allen must have gone into the case thoroughly before signing him, and evidently doubts the seriousness of this offense.

Allen and Elberfeld were convinced the two pitchers had been scapegoated. Smith insisted he had not gambled on games or thrown games.

"He has impressed local officials as being innocent and president Allen will fight to a finish any effort to bar him from the Southern league," the Democrat reported.

And there was a concerted effort to bar Smith and Seaton. But we'll get to that.

While Smith was winning fans and after Seaton showed up, Allen "acquired" a fourth Indian.

Joe Guyon was an outfielder said to be the fastest man in the Southern League. The much-despised manager of the much-despised rival Atlanta Crackers, Charley Frank, had decided he didn't need Guyon. Frank "gave" him to a team in Augusta, Ga. — a team in a different league — without asking if anyone in his own league wanted him.

"With characteristic disregard for rules," as the Gazette put it, Frank had tried to hide an Indian so Little Rock couldn't have his ... I'm going to guess "magic," because what else could "Indian sign" have meant?

Allen protested, and by May 27, Guyon was working out at Kavanaugh Field with the Travs even though Elberfeld didn't have a position open for him at the time.

Perhaps coincidentally — not — the May 27 Gazette reported that "Busybodies of the League" — that is, rival club presidents, managers and a New Orleans sportswriter — were organizing to prevent the use of Smith by the Travelers. They planned to lodge a protest with the league president in Memphis, John D. Martin.

One hundred years ago last week, the Travs went to Atlanta to play the Crackers and found the ballpark closed. Frank swore that his team would not play the Travelers while Smith and Seaton were with them.

Allen and Elberfeld said the Crackers had forfeited the game, and owed Little Rock $300.

In the meantime, Gov. Charles Brough got involved. While he was at San Francisco attending the Democratic convention, he spared a few minutes to investigate the Seaton-Smith affair. Brough sent a telegram home:

Charles Graham, manager of the San Francisco club, says Smith and Seaton won 44, or more than one-half of the club's games in 1919, but they were released in the spring of this year for the best interests of local club. He declines to give a statement of particulars on advice of his attorney. I am advised that the manager at the time was in danger of losing franchise on account of gambling.

A Democrat sportswriter, most likely Stone, put on his thinkin' cap:

Nevertheless the league barred both men from pro teams and the Travs reluctantly let them go. In December 1920, they lost their federal case. 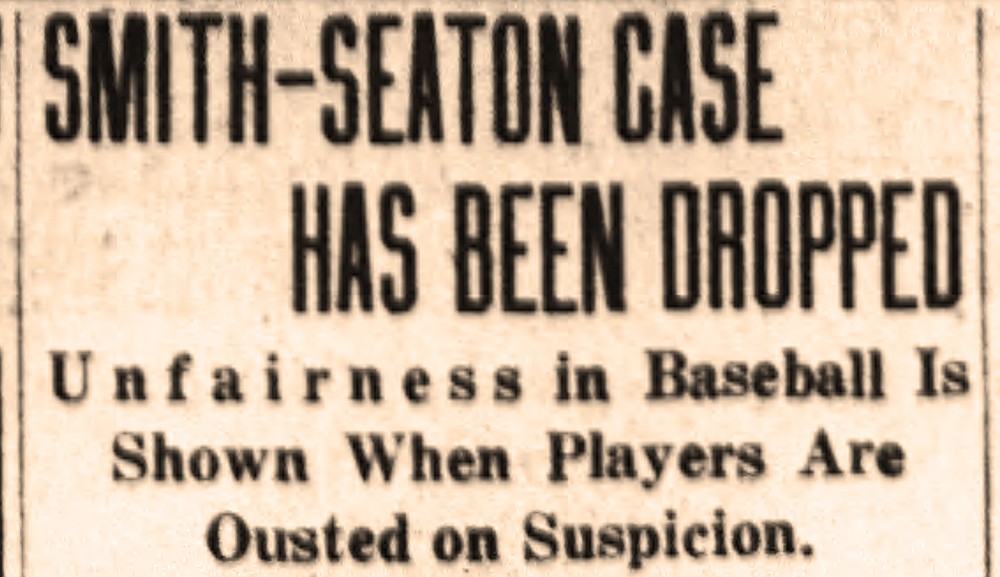 Headline from the Dec. 10, 1920, Arkansas Democrat reflects the outcome of Luther Casey Smith and Tom Seaton's case against the Southern League of pro baseball. For Old News.(Arkansas Democrat-Gazette)

Smith went to work for a semi-pro club in Morrilton, where his sweetheart lived. Seaton went various places, managed a team in Missouri and wound up in El Paso, Texas. As well as pitching semi-pro ball, he became a great bowler in El Paso. Seaton died of lung cancer in El Paso on April 10, 1940.

As the Gazette reported in December 1920, Smith signed a life contract with the Matrimonial League, with "one of the prettiest girls in Morrilton," Willie R. Garner. They moved to Oilton, Okla., where he was a tailor and dry cleaner. Willie lived until 1963, and Smith died in Los Angeles on Aug. 27, 1968.

Both these men's stories are told in depth on the website of the Society for American Baseball Research.

Their biographies draw different conclusions about the gambling. Seaton's biographer suggests he was guilty. But Smith's biographer, Stephen V. Rice, says Seals co-owner Graham years later admitted that he might have done an injustice to both men.