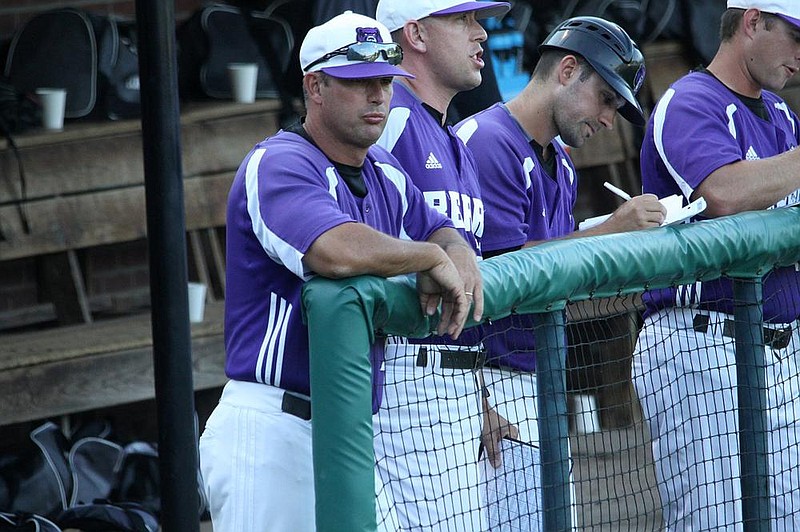 A few summers ago at Bentonville High School while out on the recruiting trail, University of Central Arkansas baseball Coach Allen Gum saw something at a tournament from a high school pitcher that intrigued him.

No, it was not a dominant performance on the mound. It was anything but.

"The wheel fell off," Gum said. "If it could've went wrong for him that day, it did."

Gum didn't view that outing as a red flag, though, nor did he just cast Cameron aside. He saw other things that day that convinced him Cameron was a player worth having in UCA's program.

Like how the left-hander dealt with a situation that wasn't going his way, and how he interacted with his fellow teammates. Those things spoke volumes to Gum.

"His stuff was good, he was throwing strikes, but his demeanor on the mound, the way he encouraged his teammates, there was no doubt after watching that we wanted him in our program," Gum said.

Those are the types of things that college baseball coaches love to pay attention to while recruiting. It isn't just about finding players who can lace doubles into the gap or throw pitches with high velocity. It's about looking for certain intangibles and learning players' character.

Cameron serves as a prime example of that, and things have worked out for him at UCA since that poor summer start. The 6-3, 215-pounder was a freshman All-American for the Bears in 2019, and he owns a 2.86 ERA, 7-3 record and has 122 strikeouts in 18 career starts at UCA.

The critical in-person evaluations that led to Gum giving Cameron a scholarship offer are not possible right now for college baseball coaches as the NCAA has extended the Division I recruiting dead period through July 31 because of the coronavirus pandemic.

The contact period for Division I baseball recruiting opened March 1 and was set to run through July 31 -- with small dead periods sprinkled in for May 25-June 1, June 20-22 and July 3-5 -- but it has been suspended since March 13 due to the coronavirus outbreak. Normally the contact period ends toward the end of August.

There's no telling when college baseball coaches will be able to hit the recruiting trail again. It could open up in the fall, or it may not.

"It's huge," University of Arkansas at Little Rock Coach Chris Curry said. "I like to see them in a game, and I like to watch body language. I like to watch when they fail. I don't want them to fail, but it's interesting to me when they do, which they inevitably will in baseball. When they fail, how do they act? How do they act after they strike out or make an error? Which they're gonna do. Part of it.

"And, their coach interaction when they come off the field, how they speak with their parents after the game -- all those things we take into account. A lot of intangibles that you just can't see on a highlight video."

This time of year, most college coaches are going full steam ahead with summer recruiting for high school prospects.

"Many times, you may lose your last game, and [if] you're a recruiter, you don't go home, you go to a tournament," Curry said. "Grand Junction, Colo., where the national junior college tournament [is] -- coaches always joke, that's the one you don't want to recruit because that means you lost in the postseason."

Summer recruiting for college baseball coaches is normally a nonstop grind that spans nearly three months. Almost every week, coaches are out watching games. It's important to see recruits at camps and clinics, and host them for visits. It's a pivotal time for coaches to evaluate high school prospects for the future.

"Oh my gosh," Arkansas State University Coach Tommy Raffo said. "If there's a day without a game, it doesn't happen very much, let's put it that way."

So what now? With coaches not allowed to have in-person contact -- and with limited summer baseball going on around the country because of the pandemic, to put simply -- they are stuck in a holding pattern. There isn't a whole lot they can do other than gather information and research recruits.

"You can do video, you can talk to coaches ... you can get measurements, you can get velocities, you can get production. Those are all things that you can accumulate and do your homework and research before you actually see them in person," Raffo said. "When we get the green light, by gosh, we'll be more than prepared to evaluate."

So far, Curry estimated he and his staff have seen "less than 10%" of the players on their prospective list actually play in a game.

"We'll continue to communicate and build the relationship and ... if there's video out there that we can watch, updated video, we continue to watch it, and you're just in a gathering mode right now," Curry said. "Just gathering names and gathering recruits and building a relationship."

Coaches also are trying to figure out what their future rosters will look like and where their needs lie.

With an MLB Draft that was shortened from 40 rounds to five, plus loosened roster and scholarship restrictions by the NCAA, college baseball is expected to be perhaps the deepest and most talent-rich it has ever been next season.

That's added complexity to how coaches are evaluating what they will need and what they won't in future classes.

Raffo said most of the recruiting and in-person evaluations for the 2021 class are already done, but there's plenty of work to be done for the 2022 class.

"The '22 class have not played [most of] their sophomore year, and we might not be able to see them during the summer, so the only time they've played is gonna be the freshman year. How good of an evaluation can you make on a freshman in high school?" Raffo said. "That's a great question I think everybody's gonna ask themselves, and then how soon or how quickly can we evaluate and make decisions and recruit young men without a lot of information.

"I think it's huge to be able to see a young man grow and develop. He might be throwing a certain velocity and then another year it jumps. It's amazing what those critical years are -- 8th, 9th and 10th grade -- for a young man to develop. There might be a young man that's not on a radar that jumps on your radar in the 10th grade that was not even in that '22 class cycle last summer. It's really just an unknown."

At UCA, the recruiting timeline is a bit different.

Gum said the 2021 recruiting class is still very much in its early stages, and the Bears have only extended a few offers, although the class is expected to be smaller anyway. The 2022 class is mostly off the radar right now.

"We never get too far out in recruiting," Gum said. "We always like to wait and see, and as long as we can, we usually don't offer people real early. That's the way our program works. We take a little more time, so we're a little different than most people."

But no matter where programs stand with their rosters and future recruiting classes, the common denominator is that coaches need to see recruits play in person.

Curry said coaches will be in a "mad rush" to go out and watch the prospects who are on their target lists.

One of these days, it's going to happen, and some normalcy will return for coaches.

"I've enjoyed immensely the time with my family, and it's been awesome," Curry said, "but we got to get out and see these guys." 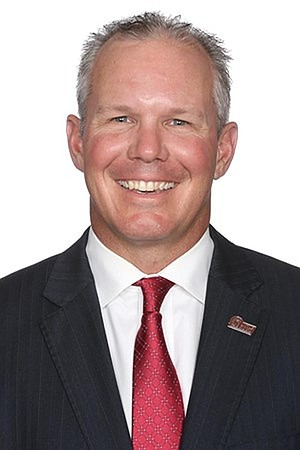 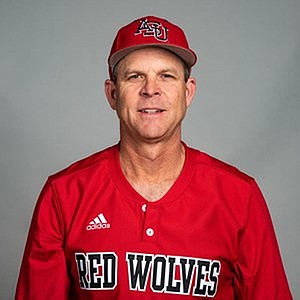