On meeting Venezuela's Maduro, Trump says exit would be topic 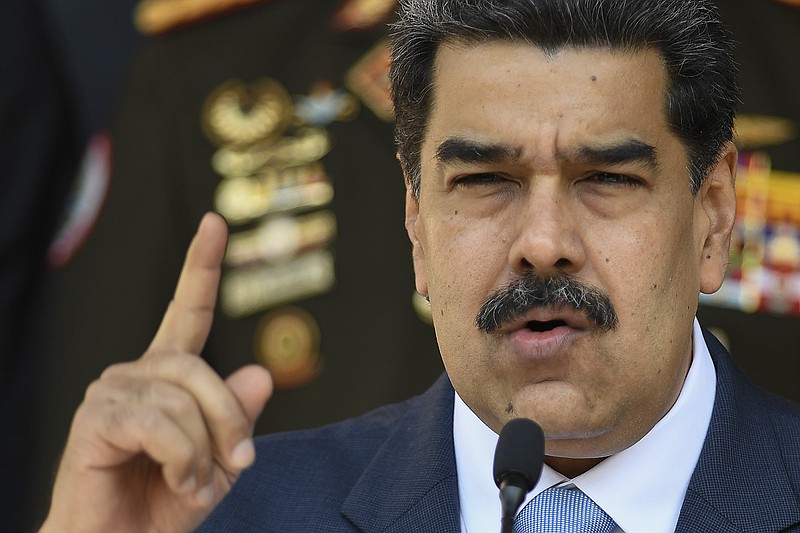 CARACAS, Venezuela -- President Donald Trump on Monday appeared to walk back comments that he would consider meeting Venezuela's Nicolas Maduro, after an interview that cast doubt on his support for the socialist leader's main rival, Juan Guaido.

Trump said in a tweet that "I would only meet with Maduro to discuss one thing: a peaceful exit from power!"

That followed a White House interview published Sunday by Axios in which the news website reported that Trump made lukewarm comments about recognizing Guaido as Venezuela's legitimate leader -- the linchpin of the U.S.' 18-month campaign to remove Maduro.

He also said he would consider meeting Maduro despite the fact that the Venezuelan leader was indicted recently on U.S. drug trafficking charges:

"I always say, you lose very little with meetings. But at this moment, I've turned them down," he said, according to the Axios report.

Administration officials say there's no ongoing effort to secure a meeting with a foreign leader viewed by the U.S. as a narcoterrorist and illegitimate president.

But Trump's comments sent social media in Venezuela ablaze, with many wondering whether he was pulling the rug from under the opposition, which has struggled to ignite mass protests and has failed to break military support for Maduro despite an unprecedented economic collapse.

Trump, however, on Monday doubled down on his anti-socialist stand.

"Unlike the radical left, I will ALWAYS stand against socialism and with the people of Venezuela," Trump said. "My Admin has always stood on the side of FREEDOM and LIBERTY and against the oppressive Maduro regime!"

The United States was first among more than 50 nations to back Guaido, who as head of the opposition-led congress claimed presidential powers in early 2019, arguing that Maduro's reelection had been invalid.

Guaido was a surprise guest at Trump's State of the Union address in February, when Trump recognized him as the only "legitimate president of Venezuela," and said that Maduro's hold on power "will be smashed and broken."

Representatives for Guaido declined to comment on the president's latest remarks.

Maduro said in a written statement that he was willing to meet Trump, repeating a request he has made before. The statement did not address Trump's tweet talking about his exit from power.

Trump's former national security adviser, John Bolton, says in a book coming out today that Trump had wavered on his support for Guaido. At times Trump wanted to take military action to oust Maduro, but he also said the socialist leader was too strong for Guaido to topple, according to Bolton.

Presidential candidate Joe Biden in his own tweet took a shot at Trump.

"Trump talks tough on Venezuela, but admires thugs and dictators like Nicolas Maduro," Biden said. "As President, I will stand with the Venezuelan people and for democracy."

Other Democrats, who have called Trump hypocritical for his resistance to protecting Venezuelan migrants in the U.S. from deportation, quickly reacted to the Axios article Sunday night. Florida Democratic Party spokeswoman Luciana Perez-Fernandez, a Venezuelan American, said "Trump's actions are weakening Juan Guaido and pushing away our allies in the region who are working to restore democracy in Venezuela."

But Miami Republicans -- many of whom criticized former President Barack Obama for normalizing relations between the U.S. and Cuba and meeting in 2016 with then-President Raul Castro -- are so far standing by Trump.

"The unprecedented actions taken by the Trump Administration demonstrate a commitment to restoring democratic order and the rule of law in Venezuela," U.S. Sen. Marco Rubio, R-Fla., among the most vocal and visible U.S. politicians pushing to oust Maduro, said in a statement. "The U.S. has always been willing to facilitate a peaceful transition to democracy. What it has made clear it will not do is negotiate with the Maduro regime remaining in power or allow negotiations to be used as a delay tactic."

Juan Cruz, former National Security Council director for Western Hemisphere Affairs under Trump, said his comments about meeting Maduro are not entirely surprising, but could be harmful to the Venezuelan opposition.

"The president can say that and still be supportive of the Venezuelan people and the opposition. It is entirely consistent with his belief that the big problems only need his personal involvement," Cruz said. "But the comments risk potentially weakening Guaido to a point the regime could mistakenly interpret the president's words," and even consider arresting the National Assembly leader.

"That," Cruz said, "would be a huge miscalculation by the regime."

In Caracas, state TV throughout Monday played a video clip of Maduro informally talking with Biden in 2015 outside a meeting in Brazil. The two were smiling, appearing to have a cordial conversation.

"I am willing to talk respectfully with President Donald Trump," Maduro said. "In the same way that I spoke with Biden, I could speak with Trump."

Trump has previously hinted at a willingness to meet with Maduro. In 2018, as Maduro flew to New York to attend the U.N. General Assembly, Trump said he was "willing to meet with anybody." The Miami Herald reported last year that White House officials were willing to negotiate with Maduro over his exit from power, but a meeting with Trump had not been publicly favored.

Two administration officials told McClatchy that a meeting is not an active goal for the Trump administration, and that the president's tweet does not amount to a change in U.S. policy. On Monday, White House press secretary Kayleigh McEnany said Trump "continues to recognize Juan Guaido as the leader of Venezuela."

Still, Trump's public statements that he would meet with Venezuela's socialist ruler could have political ramifications in the U.S. and in Venezuela, a once-thriving South American nation now racked by poverty and turmoil. It could also complicate Trump's campaign for reelection, which has aggressively courted Hispanic voters in Florida, home to narrowly decided presidential elections and the largest community of Venezuelan exiles in the country.

The Trump administration has spent months, if not years, pressuring Maduro to step down. It has also increased sanctions against Venezuela and Cuba, which has helped support Maduro with intelligence and security services.

In March, the Justice Department indicted Maduro and 14 current and former Venezuelan officials and charged them in Miami, New York and Washington with narcoterrorism, drug trafficking and other charges.

Trump also has made his hard-line stance against Maduro -- and by extension the socialist regime in Cuba -- an integral part of his reelection campaign in outh Florida. Trump gave a speech about ending socialism in the Americas at Florida International University in February 2019, and sent Vice President Mike Pence to start the Latinos for Trump coalition in Miami last June during an event that touched heavily on the administration's fight against socialism.

​​​​​Information for this article was contributed by staff members of The Associated Press; and by David Smiley, Nora Gamez Torres, Michael Wilner, Francesca Chambers and Douglas Hanks of the Miami Herald. 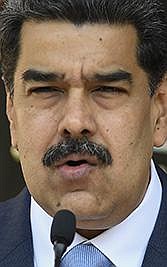 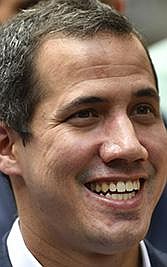