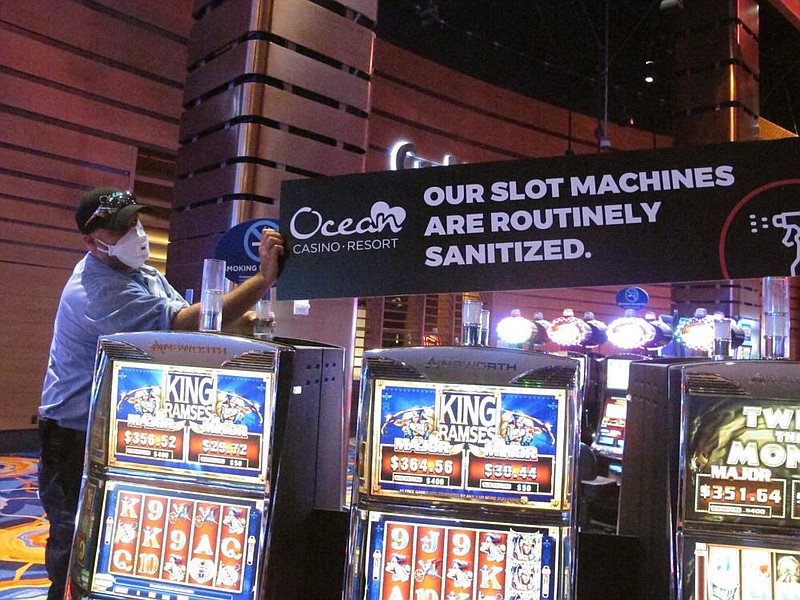 A worker at the Ocean Casino Resort in Atlantic City, N.J., installs a sign earlier this month about slot machines being sanitized to prevent the spread of the coronavirus. (AP/Wayne Parry)

ATLANTIC CITY, N.J. -- Atlantic City's top casino won't be opening its doors to the general public until July 6, four days after most of its competition.

The Borgata tells The Associated Press it will host an invitation-only trial period starting July 2 -- the first day Atlantic City casinos can reopen.

But the general public will have to wait until 10 a.m. on July 6 to get in.

The Borgata is taking advantage of a "friends and family" period authorized by the state and announced Monday by Gov. Phil Murphy. The Democratic governor set July 2 as the first date that Atlantic City's nine casinos can reopen, but also gave them the option to do what is known in the industry as a "soft opening" by having invitation-only days, during which the casino can assess its new procedures and see how well they are working in the new environment.

Murphy plans to release detailed health and safety regulations for the casinos this week, but he has already said that casinos will reopen at 25% capacity, and anyone who enters a casino -- visitors and employees alike -- will be required to wear a mask and undergo some level of health screening.

"If any visitor refuses to comply with these simple safeguards, you will be escorted out of the casino," the governor said. "We are not going to tolerate any knuckleheads trying to ruin it for those who want to enjoy themselves responsibly and those who need to get back to work, especially if those knuckleheads could be spreading Covid."

"When we reopen our doors, we do so with excitement to welcome back our employees and guests, and with an unwavering commitment to their health and safety," said Melonie Johnson, the Borgata's new president.

The casino said not all of its amenities will be open right away. It plans to phase some of them in over the coming weeks as it becomes evident how business levels and customer compliance with health and safety regulations are unfolding.

In a Twitter post, Murphy also said indoor dining can resume July 2, with restaurants also operating at 25% capacity. And racetracks can resume operating July 2 as well.

The city's casinos have been waiting for a reopening date for weeks, even as casinos in other states reopened.

"We're delighted to get the reopening date," said Joe Lupo, president of the Hard Rock casino. "We thank the governor that we'll be able to be open for the July 4th weekend to meet the demand on the world-famous Atlantic City Boardwalk."

Many of the casinos have been planning on their own for a reopening, and have adopted measures including increased hand sanitizers and social distancing to help curb the spread of the coronavirus.

But some were planning more stringent measures than others. For example, Hard Rock was the first to say it would require masks to be worn by all employees and guests. Other casinos had planned to recommend mask use for guests, but now will have to require them.

Lupo said he is confident that what Hard Rock was planning on its own will meet -- and probably exceed -- whatever standards the state imposes.

"Our air filtration is better than most hospitals," he said.

He also said the casino's player database will be able to assist health authorities with any contact tracing that may become necessary.

"With 85% of our customers being rated, we can provide details on when they played, for how long, which beverage servers were in the vicinity, which room they stayed in, where they ate," he said.

Resorts Casinos plans to use air ionization and ultraviolet light as part of its sterilization protocols, and every other slot machine will be disabled to keep guests separated.

Atlantic City's casinos have been shut since March 16, and revenue has plunged since then.

The casinos had been informally planning to be open in time for the July 4 weekend, a goal Murphy had said he wanted to meet several weeks ago. The holiday is one of the busiest times of the year for Atlantic City casinos.

"In the past two years Atlantic City's casinos made 30% of their total net revenue for the year in the third quarter, so the next three months are crucial for them to regain some financial stability," said Jane Bokunewicz, coordinator of the Lloyd D. Levenson Institute for Gaming, Hospitality and Tourism at Stockton University. 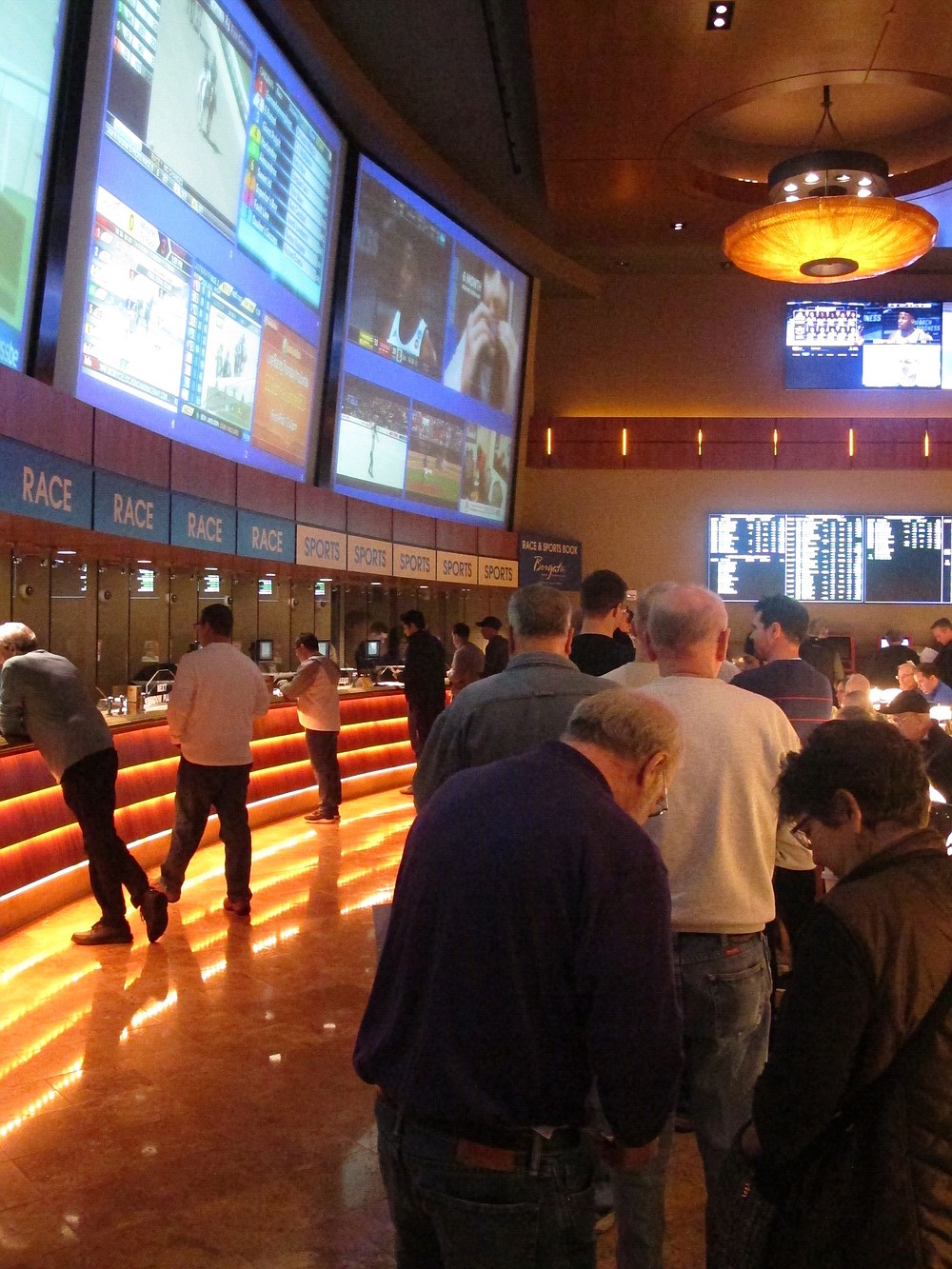 FILE - In this March 21, 2019 file photo, gamblers line up to place bets on the NCAA men's basketball tournament at the Borgata casino in Atlantic City N.J. After being closed since March due to the coronavirus outbreak, the Borgata will reopen to the general public on July 6, 2020 _ four days after much of its competition. Instead, the casino will be doing a test run for an invitation-only audience during those four days. (AP Photo/Wayne Parry, File)
ADVERTISEMENT