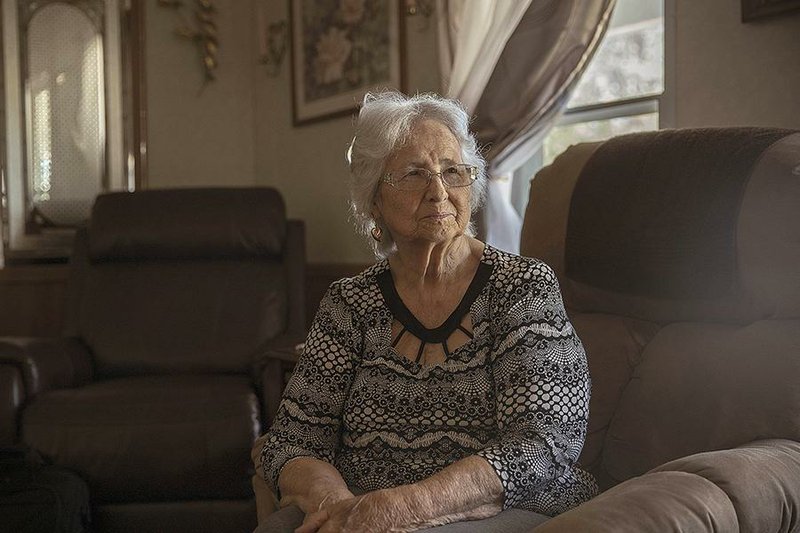 Earlene Peterson, whose daughter Nancy Mueller and granddaughter Sarah Powell were killed along with William Mueller by Chevie Kehoe and Daniel Lewis Lee 23 years ago, sits in her home in Hector in October. Peterson requested clemency for Lee, saying “he should have to live through this like I did.”

A family member of three murder victims pleaded Wednesday with President Donald Trump to grant clemency to the man who is scheduled to die by lethal injection for the slayings.

Daniel Lewis "Danny" Lee, 46, was convicted and sentenced to death 21 years ago for the January 1996 killings of William Mueller, 52, his wife Nancy, 28, and her 8-year-old daughter, Sarah Powell.

His execution is scheduled for July 13 at the U.S. Penitentiary in Terre Haute, Ind. If it takes place, Lee would be the first federal death-row inmate to be executed since 2003.

Earlene Peterson, mother of Nancy Mueller and grandmother of Sarah, wrote a letter to Trump that was released Wednesday morning by Lee's attorneys.

[Video not showing up above? Click here to watch » https://www.youtube.com/watch?v=syXA2sI45Ug]

"As a supporter of President Trump, I pray that he will hear my message," Peterson wrote. "[The] scheduled execution of Danny Lee for the murder of my daughter and granddaughter is not what I want and would bring my family more pain."

She went on to state that she and her family never wanted Lee to be executed and doing so would "dishonor the memory" of her daughter and granddaughter. Peterson has made public pleas for Lee's clemency in the past.

Lee and his accomplice, Chevie Kehoe, 47, entered the Tilly-area home of the Mueller family dressed as federal agents and waited for the family to return home. The men kidnapped them, stole more than $50,000 and a cache of weapons from the house before asphyxiating all three using plastic bags and duct tape. The killers then taped rocks to their bodies and dumped them in the Illinois Bayou outside Russellville.

Prosecutors said Kehoe was the ringleader, and Lee's attorneys, as well as Peterson's family, have pointed out that it was Lee who refused to take part in Sarah's murder.

Peterson declined to speak to an Arkansas Democrat-Gazette reporter who visited her home in November 2019, but Peterson's son, Paul Branch, told the reporter that Kehoe deserved the death penalty instead of Lee.

In her statement Wednesday, Peterson confirmed that she thinks Lee should not have received a harsher sentence than Kehoe.

"The man who actually killed my granddaughter -- when Danny Lee refused to do so -- has been sentenced to life, not death, and that's what we think Mr. Lee deserves, too," she wrote in her letter to Trump. "The Attorney General has said the government owes it to the victims and their families to carry out federal executions like Mr. Lee's. Please take our family's feelings into consideration and grant clemency to Mr. Lee. Thank you and God Bless You."

Both defendants were tried in 1999 in U.S. District Court in Little Rock. Despite evidence showing that Kehoe was the most culpable of the two, jurors saved its death sentence recommendation for Lee, defense attorneys said. Branch said Lee had a more menacing appearance and that influenced jurors.

Prosecutors presented evidence during the trial linking Lee to a previous, unrelated slaying in Oklahoma. His attorneys have called that a "false claim." Prosecutors at the time said Lee's violent history made him a danger to those around him.

In 2014, the lead prosecutor in the case, Dan Stripling, wrote a letter to then-U.S. Attorney General Eric Holder conveying his concerns about Lee's sentencing. The following year, the trial judge in the case, U.S. District Judge G. Thomas Eisele, also wrote to Holder stating that he had second thoughts about his death sentence ruling for Lee.

In his letter, Eisele, who died in 2017, stated that executing Lee would be "unjust," adding that there was "no question that Kehoe was the more culpable of the two."

On Friday, Lee's attorneys filed a motion in U.S. District Court in Little Rock arguing that a critical piece of DNA evidence presented by prosecutors during the trial that linked Lee to the crime scene should be reexamined.

They said a hair sample found at the Mueller home was tested by an independent lab in 2007. That test revealed that the hair didn't belong to Lee. Attorneys said it should be compared with the DNA of at least two other men identified as suspects during the early stages of the investigation. No one other than Lee and Kehoe were charged in the Mueller slayings.

A judge has not ruled on the motion.

Lee was originally scheduled to be executed last December, but a U.S. District judge in Washington, D.C., stayed the execution. In her decision, the judge accused Attorney General William Barr of "short-circuiting" the federal execution process by not having Congress vote on the new single-drug injection protocol.

Previously, lethal injections were administered with three separate drugs. In 2014, President Barack Obama instructed the Justice Department to review its use of lethal injections, which effectively put federal executions on hold.

Barr announced in July 2019 that the review was finished and ordered lethal injections to resume. 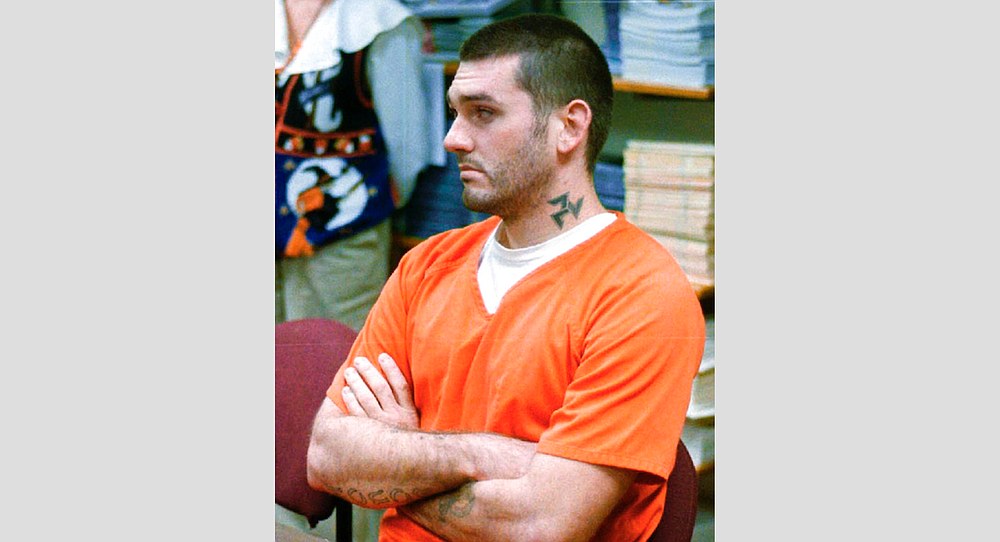 In this Oct. 31 1997, file photo, Danny Lee waits for his arraignment hearing for the 1996 murders of an Arkansas family in Russellville. (AP file photo)
ADVERTISEMENT