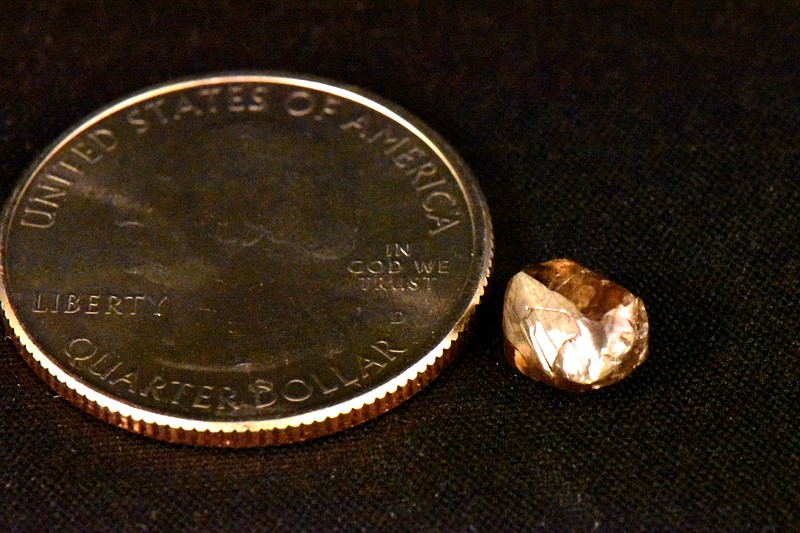 It took Beatrice Watkins, of Mena, less than 30 minutes to find a shiny stone at Arkansas' Crater of Diamonds State Park on Saturday, but more than an hour before she learned she’d actually picked up the largest diamond found there so far this year.

“My daughter googled similar-looking stones and thought it might have been iron pyrite,” Watkins said in a news release, “so I stuck it in my sack and kept sifting.”

The brown diamond was identified by park staff and weighed in at 2.23 carats, the biggest found there since a 3.29 carat diamond was found in October.

Watkins was visiting the park with her daughter and granddaughters, to whom she plans to eventually give the diamond as an inheritance, according to the release.

According to the park, 139 diamonds have been registered at Crater of Diamonds State Park in 2020. Four diamonds registered this year have weighed at least one carat each.