Relative of Floyd set to join in voter drive 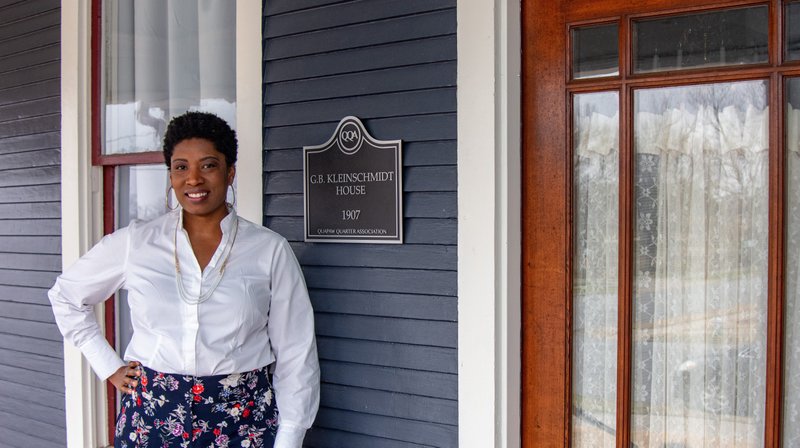 An aunt of the late George Floyd will speak at two voter registration events on Saturday.

The two events featuring Angela Harrelson of Eagan, Minn., will be held from 11 a.m. to 2 p.m. outside the Arkansas Martin Luther King Jr. Commission, 906 Broadway in Little Rock, and from 5 to 6:30 p.m. at the Hot Springs Farmers Market, 121 Orange St. in Hot Springs. The events are free and open to the public.

The death of Floyd, a black man, rocked the nation and resulted in protests against racial injustice. Floyd, 46, was handcuffed and was facedown on a Minneapolis street on May 25 while a white police officer kneeled on his neck for nearly nine minutes. A video showed Floyd gasping for air as he cried out "Mama" and groaned, "Please, I can't breathe," before falling silent and still.

The Arkansas Martin Luther King Jr. Commission is organizing Saturday's events with help from other groups as part of its 2020 statewide mass voter initiative, "Get Out to Vote." The nonpartisan, cooperative initiative to register voters comes in response to reports of low voter turnout in local elections.

Harrelson will be the keynote speaker at both events. The commission said she will speak from a nonpartisan stance about her life, the importance of making informed and educated decisions as a voter, and her recollections of her nephew.

Other confirmed speakers for the Little Rock event include state Sen. Will Bond and state Reps. Denise Ennett, Tippi McCullough and Joy Springer, all Democrats who live in Little Rock, according to the commission.

The commission said it encourages attendees to wear masks at the outdoor event in an effort to help contain the spread of the coronavirus.