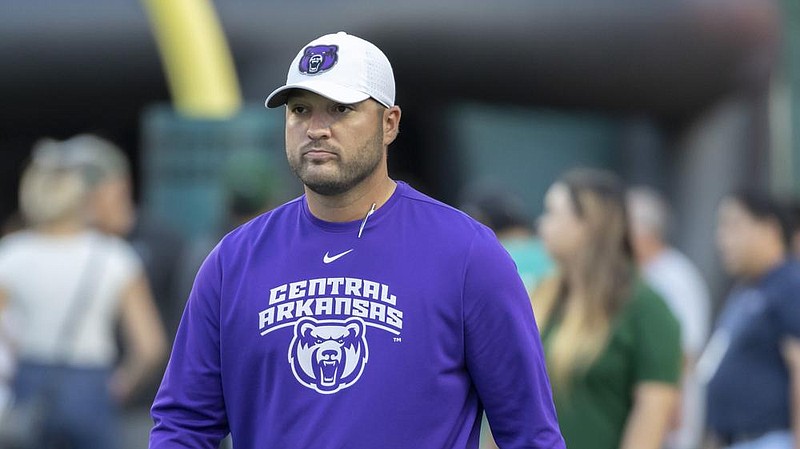 University of Central Arkansas football head coach Nathan Brown walks on to the field before the start of an NCAA college football game against Hawaii, Saturday, Sept. 21, 2019, in Honolulu. (AP Photo/Eugene Tanner)

For the past three months, a global pandemic has directly and indirectly dictated the way sports programs carry out daily details. But for Brown, normalcy is slowly starting to resurface for the Bears.

Several of UCA's players have been working out in the team's facilities, and according to Brown, it's been a welcomed sight.

"Getting some guys back and getting workouts going has been good for us," he said. "It's good just to see them. We hadn't really seen them or interacted with them since the coronavirus hit, other than through phone calls, Zoom or FaceTiming, for two and a half to three months.

"So to get back on campus and return to some sort of routine ... we're feeling good about things right now."

UCA was in the middle of spring practices when the Southland Conference's athletic directors voted to suspend those sessions, as well as all other voluntary and organized activities, over concerns related to the spread of the virus. The NCAA also issued a ban, at that time, on all on-campus workouts through May 31.

Fortunately for Brown, the Bears were able to get eight practices in during that camp, which gave them a chance to get a jump on the 2020 season. But the stoppage couldn't have come at a worst time for a UCA team chomping at the bit to erase any lingering memories of how last year ended.

The Bears won a share of the league title and earned a No. 8 national seed in the Football Championship Subdivision playoff but were eliminated 24-14 by Illinois State in the second round.

The recent resumption of activities, which was made possible when the NCAA Division I Council voted in May to remove its previous ban and allow schools to restart practices June 1, has given UCA a do-over.

Brown revealed that he's got about 30 or so of his players going through training designed to follow coronavirus guidelines that were put in place by school officials. He mentioned that he expects to have close to 100% of his roster back by July 6.

However, there doesn't appear to be an end in sight for covid-19, and that means the regulations that are currently set up will, more than likely, still have to be followed.

"It's been a huge adjustment," Brown said about the guidelines he, his coaches and team have been adhering to. "You're talking about everything from being screened every single day when you walk into our indoor facility to having 10 guys in the weight room at a time and being 12 feet apart. Then obviously wearing a mask and practicing social distancing ... all the things that it's going to take to continue to mitigate the virus and the spread of it so that we can have a 2020 football season.

"So we're taking that very seriously as a program. It starts with our leadership and [UCA] President Houston Davis and Dr. Brad Teague, our athletic director. They've instilled some strict guidelines, and our athletic training staff and our doctors have given us a good direction and path to execute those plans. It's definitely a process that we're getting used to, but we're going to do a good job of it here."

Brown is hoping that not only the Bears but also every other team across the country will continue to take the necessary steps, regarding safety, to ensure that football will be played in the fall. Besides, UCA has prime incentive to get its season kicked off on time.

The Bears return a number of regulars, including a host of key players who had starring roles in 2019. Junior quarterback Breylin Smith, who threw for a school single-season record 3,704 yard and 32 touchdowns, is back as is senior defensive back Robert Rochell, last year's conference co-leader in interceptions with five. Those two, along with several others, are one of the reasons why UCA has been ranked highly in a slew of preseason top 25 polls.

"We've got a lot of guys that have experience, a lot guys that have been in this program for a couple of years that know the expectations," explained Brown, who is entering his third season at the helm. "They have the sour tastes in their mouths of having a pretty good team last year and coming up a little bit short. So I think the motivation is there, and I think we've got a good core group of guys, along with some freshmen and transfers coming in, that can fill some holes and gaps that we may have.

"We've got a very challenging schedule ahead for this upcoming season, starting with an opening game against an FCS playoff opponent in Austin Peay. And then we get to go play an SEC game against the University of Missouri before we play a full Southland schedule. So we're excited about [the season]. Our guys know we've got to continue to follow safety precautions, but they're also preparing as if we're the defending champions of the conference. We've got to continue to go out and prove it." 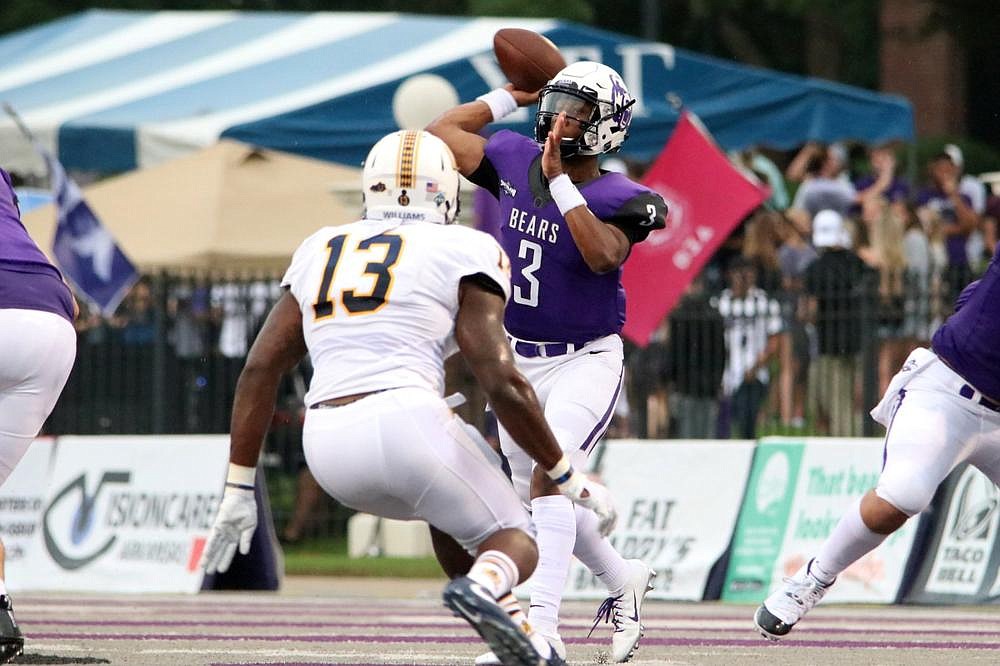 Quarterback Breylin Smith, who threw for a school single-season record 3,704 yards and 32 touchdowns last season, returns to lead a Central Arkansas team that will be ranked high in a slew of preseason top 25 polls. (Photo courtesy University of Central Arkansas)
ADVERTISEMENT