REVIEW: 'Babyteeth' deals with impending death in a way that inspires life 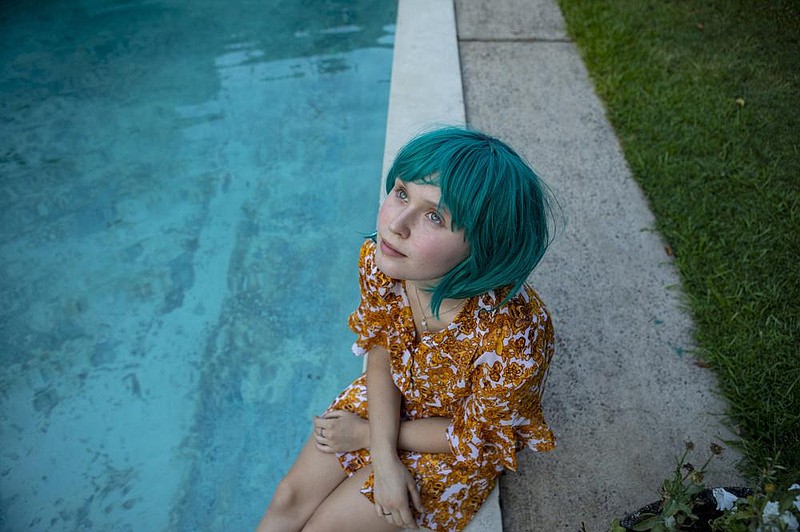 "Dying" is an adjective that can be applied to anything that lives. Dying is implied in living, and it is sometimes difficult to say how much of the grief we feel when someone dies is actually for ourselves. When reminded that our time is limited, we both fear the darkness and mourn the selves we never were.

Babyteeth is a coming-of-age film about a dying girl that features some strong actors in service to one of those dreamy, wispy stories that make hard things seem pretty. It is directed by Shannon Murphy, an Australian director, writer and actor whose previous work has mostly been in TV (she directed two episodes of the current season of Killing Eve).

Babyteeth is her feature debut, based on the 2012 play of the same name by Rita Kalnejais, who wrote the screenplay. Upon seeing the film, it is a little difficult to imagine it as a play; Murphy's vision is so singular and specific that it's hard to imagine attending to anything other than what the camera directs us toward.

Along with director of photography Andrew Commis, she constructs a world from scraps of images that have a homemade, found feel, a luminous and textured world freighted with the unexpressible poignancy of a teenage crush. Babyteeth tries, and sometimes succeeds, to communicate in a register beyond language, to show us what it is like to be young and beautiful and doomed. Some people will find it overly arty, but its aspirations are admirable.

Milla -- the teenage girl at the center of the drama -- is played by Eliza Scanlen, who you may recognize from her turn as the feral half-sister of Amy Adams' character in the 2018 HBO miniseries Sharp Objects or as the similarly ill-starred Beth March in last year's Little Women. (According to IMDB, she completed this role before she signed onto Greta Gerwig's adaptation of the Louisa May Alcott novel.)

She is quite good in a role that might seem, or even be, a cliche, giving us a character that enlists our empathy not because she is the pretty dying girl in the unicorn T-shirt but because she feels unique yet recognizable and more interested in living than indulging melancholia.

She has someone to live for, a scrappy, not completely honorable and somewhat older young man named (a little too neatly) Moses (Toby Wallace) who, while he might not lead her to the promised land, at least promises a bit of fun. He has scuffed knuckles and a drug habit and shortly after meeting her on a train platform he's asking to borrow money.

He might have sought out Milla because he suspects she has access to some juicy meds. Her parents Anna and Henry -- the wonderful Essie Davis and Ben Mendelsohn, who is becoming a signifier of quality -- are concerned, as well they should be. The boy is a drug dealer and a burglar.

But he's also a tonic for Milla, who is immediately smitten by the natural charisma lurking beneath his ridiculous Hawaiian shirt and stick-on facial tattoos. And it turns out that he sees Milla as something more than a potential mark. So they'll put up with him. Henry, a psychiatrist as well as the head of an amusingly dysfunctional household, recognizes his therapeutic value. He's willing to let his daughter experience what life she may, while she may.

Moses may not be a good guy, but he's good for Milla, for right now, under the delimited circumstances of her uncertain existence. So her parents let Moses hang around, despite their misgivings ("This is the worst parenting," Anna says as she watches Moses and Milla grapple on the lawn).

Babyteeth is not a perfect film; but most of its sins are minor. Some details feel planted and the filmmakers have a tendency to quirk things up a bit, but the performances are strong, and the narrative never collapses into wallowing sentimentality.

Babyteeth is about living, not dying, it's about how to reconcile your desire to keep your loved ones safe with the need to allow them the fullest measure of life possible.

This movie is available for rental or purchase on Amazon Prime, iTunes, Google Play and other streaming platforms and pay TV operators.