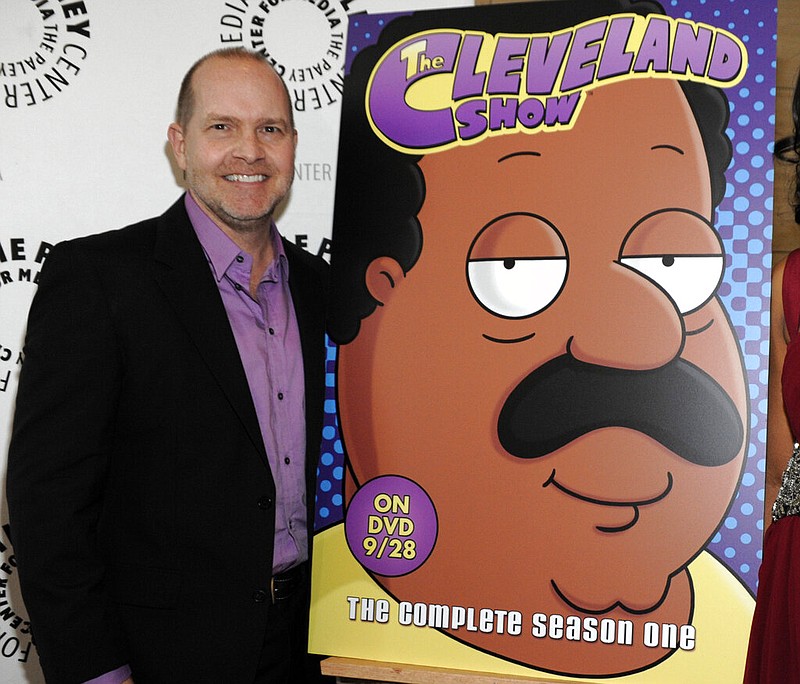 Actor and show co-creator Mike Henry appears with a sign for his animated series "The Cleveland Show" at a panel discussion at The Paley Center for Media in Beverly Hills, Calif., in this Sept. 23, 2010, file photo. Henry announced Friday, June 26, 2020, that he will no longer voice the black character Cleveland Brown on "Family Guy." (AP / Dan Steinberg )

LOS ANGELES — “Family Guy” voice actor Mike Henry said Friday that he is stepping down from the role of Cleveland Brown on the Fox animated series.

Henry wrote on Twitter that he will stop playing the show’s main African American character because “persons of color should play characters of color.” The 54-year-old voice actor, who is a white man, has voiced the character since the series’ debut in 1999.

Henry's other characters on the series include Bruce, Mr. Herbert, and the Hispanic maid Consuela.

His decision comes after voice actors Jenny Slate and Kristen Bell — who are white — pulled out of their roles to recast their biracial characters with someone of color. Slate played the mixed-raced Missy on Netflix’s “Big Mouth” and Bell was voiced as Molly on Apple TV Plus’s “Central Park.”

Slate said she initially reasoned that she could play her character, because Molly’s mother is Jewish and white, just like her mom. But now, she says, she believes that her initial thoughts were wrong.

“I acknowledge how my original reasoning was flawed,” Slate said. “That it existed as an example of white privilege and unjust allowances made within a system of societal white supremacy, and that in me playing Missy, I was engaging in an act of erasure of Black people.”