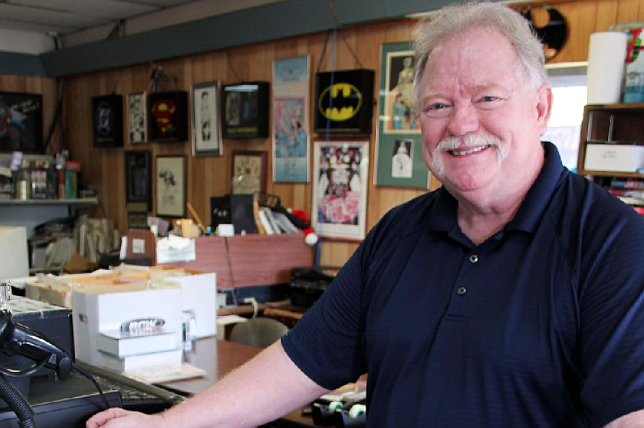 When Shashank Avvaru moved to Little Rock from Hyderabad, India, in 2014, he sought out a comic book store almost immediately.

He was a "lifelong nerd," as he described himself, but there weren't any such shops where he grew up. When he visited the Comic Book Store, which was what he'd been looking for down to the name, he said he felt like the X-Men mutants when they arrived at Xavier's Academy -- a misfit who had found a home.

Avvaru and countless others who have patronized the Comic Book Store at 9307 Treasure Hill Road and its North Little Rock counterpart Collector's Edition, 3217 John F. Kennedy Blvd., will have to say goodbye to the bricks-and-mortar iterations when the shops permanently shutter today.

"It's just going to be a place I miss," Avvaru said. "I'm just glad to have the experience and having had that place be a part of my life, however short it was, in hindsight."

Collector's Edition opened in 1982, and the Comic Book Store followed in 1989.

Owner Michael Tierney said that although he is closing both stores, he will continue selling books online and through mail orders.

The decision to move away from brick-and-mortar was influenced by multiple factors, Tierney said. He is an author and is busy with commitments to creative projects, including six books to be completed in the next year.

The lease was nearly up on the Little Rock store, and the coronavirus outbreak significantly reduced foot traffic.

The pandemic also slowed or stopped the publishing and distribution of new titles on a national level, putting stores in a financial bind and causing some to close.

"Most of them are going completely out of the industry. I'm not," he said. "I'm still going to keep on doing business. I'm just going to do it a different way."

Keith Meyer has gone to the stores since it opened. He said that as a child he could only find new comics at the grocery or drugstore, and for older or special comics he had to try garage sales or make orders from the back of magazines and trade publications.

Collector's Edition opened up the possibilities of what Meyer could browse and buy.

"He would get some neat things like that in -- first appearances of Iron Man or the Wolverine," Meyer said. "There was no other place you can just go in and buy stuff like that."

Melissa Boren started working for the stores in the 1990s and said she knew nothing about comic books when she was hired but couldn't help but take an interest. She no longer works there but stopped by Friday to pick up artwork, take a picture of the sign and say goodbye.

Avvaru said he often tried to find any reason to visit, even when he didn't have a car to get there, because the store feels special, like a library with ancient or rare texts. It was also a place where he made friends.

For Tierney, owning the stores was social, too. He isn't married and has no children, so he's devoted his time to the stores and his creative pursuits.

"The hardest thing about it is I've had almost four decades of daily interaction with all my friends coming to visit me," Tierney said. "That's going to be really tough not to visit with everybody every day."

But Tierney doesn't frame the closing as an end and sees some positives to the change. 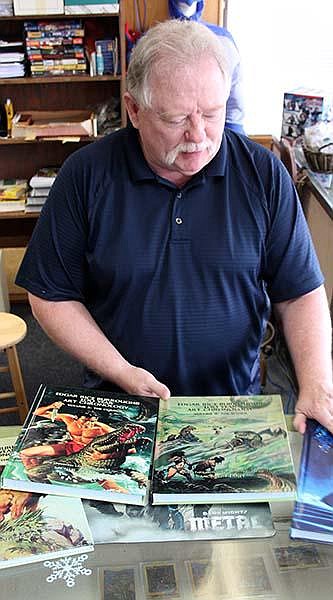