Foundation files to toss out suit 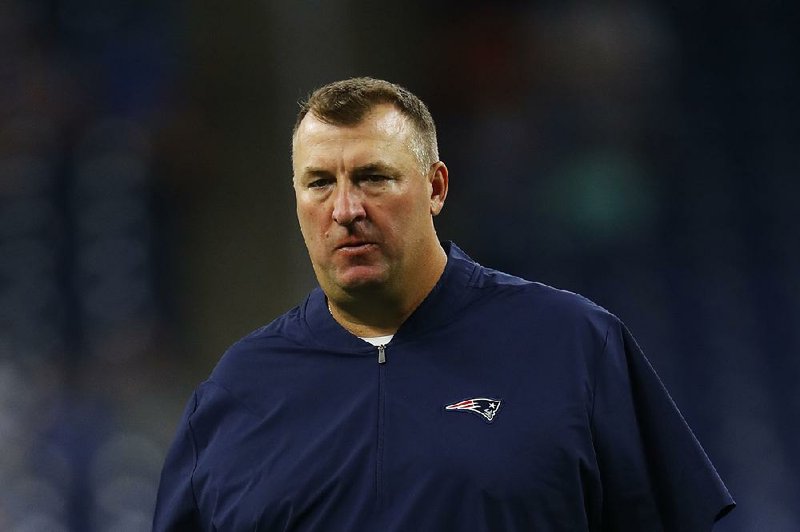 FAYETTEVILLE -- The Razorback Foundation asked a judge to dismiss a lawsuit brought against it by former University of Arkansas football coach Bret Bielema.

Attorneys for Bielema filed suit in the Western District of Arkansas on June 12, alleging the foundation broke the terms of his buyout agreement when it stopped making payments to him in January 2019. Bielema is demanding $7.025 million in compensatory damages, as well as punitive damages, attorney fees, court costs and a jury trial.

In its motion to dismiss filed Friday by attorney Marshall Ney, the foundation claims Bielema's lawsuit "is chock full of distorted facts, mischaracterizations, and baseless claims." The foundation argues that the former coach filed the federal suit to avoid being sued in state court "and presumably to frame the media's report of the dispute."

"In truth, while Bielema attempts to point the finger at the Foundation, he shoulders the blame," according to the foundation's motion to dismiss.

The foundation argues federal court does not have jurisdiction to hear the case. Bielema's attorneys filed the lawsuit in federal court because it was for a sum of more than $75,000 and included parties from different states.

The case has been assigned to federal judge P.K. Holmes III.

Bielema was fired as football coach on Nov. 24, 2017. The following January, he agreed to a settlement with the third-party Razorback Foundation that would pay him up to $11.935 million in severance, subject to offsetting mitigation.

The foundation argues Bielema breached the terms of his buyout agreement because he failed to seek employment that paid more than $150,000 within the first year of agreeing to the settlement. According to the terms of Bielema's settlement agreement, the first $150,000 he made through January 2019 was not subject to mitigation.

According to his lawsuit, Bielema was hired as a consultant for the New England Patriots for seven weeks leading up to the 2018 NFL Draft and paid $25,000. He then served as a special assistant to Patriots head Coach Bill Belichick from July 2018 to January 2019 at a salary of $100,000.

The foundation argues Bielema agreed to a "well-below-market position with the New England Patriots that failed to even remotely fulfill his mitigation obligation." The foundation claims Bielema's special assistant contract with the Patriots prohibited him from accepting any other employment during the term of the agreement and gave the Patriots the unilateral ability to extend the agreement and its employment bar for an additional year.

The foundation stopped making payments to Bielema in January 2019 and demanded he repay more than $4.55 million in severance from the previous year. Bielema's attorneys argue the foundation "blindsided" Bielema with its demand, but the foundation argues it was within its rights.

To help make its case, the foundation notes former Arkansas coach Chad Morris was hired as an offensive coordinator by Auburn within weeks of being fired by the Razorbacks in November 2019. The foundation says Bielema claims the highest-paying position he could find initially was a part-time consulting role.

The Patriots promoted Bielema to an assistant coach in April 2019, three months after the foundation made its last payment to Bielema. His new job paid Bielema $250,000 per year and allowed him to seek other employment, and included the ability to leave at any time without penalty to become a Division I college head coach.

"In effect, Bielema's act of modifying the post-breach contract constitutes an admission of wrongdoing," the foundation writes.

Between January 2018 and January 2019, there was "only one alleged instance in which Bielema possibly attempted to explore other employment opportunities," the foundation writes, citing text in Bielema's original complaint. It says Bielema personally reached out to representatives at Nebraska and Arizona State in the weeks after his firing, and his agent, Neil Cornrich, contacted a search firm representing Arizona in early 2018.

"Bielema was obligated to use his best efforts to maximize his compensation during the buy-out period," the foundation argues. "Unfortunately, he did the exact opposite of what the contract required. Bielema and his agent conspired to suppress Bielema's compensation during the buy-out term. If permitted to stand, that conspiracy maximizes, rather than mitigates, the Foundation's losses under the buy-out provision contrary to the terms of the Release Agreement."

Citing the January 2018 buyout settlement, the foundation argues Washington County Circuit Court, not federal court, has jurisdiction over any disputes between Bielema and the foundation. The settlement states: "Washington County, Arkansas, shall be the exclusive venue for any action arising under or relating to this Agreement."

Unlike the 2018 settlement, Bielema's agreements with the foundation in 2013 and 2015 expressly stated Washington County Circuit Court as having jurisdiction. The lawsuit claims the three agreements were "interrelated written contracts."

"(I)t is clear that the parties always intended for any dispute that should arise between them to be heard in Washington County Circuit Court," the foundation argues.

In his lawsuit, Bielema's attorneys characterize the foundation as being "so intertwined with every aspect of the University's Athletics Department that it functions as an arm of the Athletics Department." The lawsuit also claims UA Athletic Director Hunter Yurachek appeared to be the "driving force" behind the foundation's decision to stop making payments to Bielema, based on Yurachek's criticism of multimillion-dollar buyouts in December 2017.

The foundation denies it is an arm of the state, but argues that if Bielema's characterization is true, the 11th Amendment of the U.S. Constitution would prohibit a federal court from hearing the case.

"It is axiomatic that the 11th Amendment bars private parties from bringing actions for damages against states in federal courts," the foundation writes.