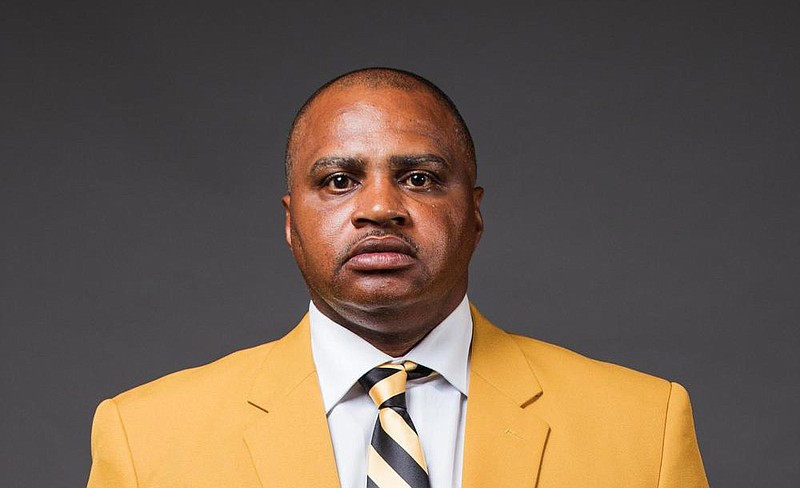 The first offseason for Doc Gamble as head coach of the University of Arkansas-Pine Bluff's football team has gone nothing like he envisioned.

Sports stoppages, campus shutdowns, safety procedures and a slew of uncertainty are byproducts of a global pandemic.

"Things are just different right now, and there's not a whole lot any of us can do about it," Gamble said. "It seems like people are doing more work at home now than they've ever done before. I'm in the office every day, but for some of my local players who've stopped by recently to get some work in, it's tough.

"It's really tough to work out when it's like a ghost town around campus."

There's no ignoring or getting around the chaos the coronavirus has caused, but like his counterparts, Gamble is dealing with the situation as best he can.

The Ohio native took over the program in April and after the Golden Lions went 6-5 in 2019. Gamble has yet to get a complete look at his team because of the pandemic, but he said he's adjusting rather than stressing.

"Everything is going as good as it can be, especially because we're dealing with this new normal for right now," he said. "It's actually been more of a challenge not seeing the [players] on a regular basis than it would be if we were around them every day. We've been reaching out and checking in with them on a daily basis.

"We're just trying to handle it one day at a time. There's still a lot of questions that we don't have solid answers to yet."

Gamble's communication with his players has been limited to using technology, for the most part. The NCAA is allowing schools to resume on-campus activities after the organization ceased all sports operations in mid-March, but UAPB is being cautious with its approach.

Athletic Director Chris Peterson said in May that he wanted to wait for a clearer picture on the fate of the upcoming football season before any decisions were made.

In the meantime, Gamble said he's going to continue to do what he can to prepare as if a 2020 schedule will be played. That preparation includes resuming virtual interaction with his team.

"I've told our coaches that we should be better communicators and teachers now because we've had to teach in a different way," he said. "We should know our kids even better than what we've known them before. It's been a big adjustment, but [players] have been good about responding to us whenever we've reached out to them on things like Zoom, Skype and FaceTime. Really, the biggest thing coming out of the spring -- aside from seeing their progression on the field -- was how they were doing in the classroom since the campus was shut down.

"They were having to do a lot of things online, but they did a great job. We've got the highest team [grade-point average] that we've ever had, right there at a 3.0. They took on the challenge and responded really well to it."

Gamble said players who come to the team's facilities for voluntary workouts have done a good job of following safety procedures. He said they are taking proper precautions such as social distancing and wiping down equipment.

The Golden Lions are expected to welcome as many as 15 starters back from a team that produced a winning record for the first time since 2012.

"My excitement level is high," said Gamble, who spent the previous two years as UAPB's assistant head coach and quarterbacks coach. "We're not starting from scratch with these guys. The bar for us has been set to the point to where we're like, 'Hey, let's talk about competing and winning championships.' The expectation is to go out and win every doggone football game.

"We've got the pieces so we can do that now, we can talk like that now. We've got some good depth, but they were young guys last year and that's what we missed coming out of not having spring football. But on paper, we look just as good as anybody that we'll line up with, especially in the conference. Barring any setbacks, I think our enthusiasm for what we're going to be able to do this season is extremely high, and it's going to stay high."