Talks with Egypt, Sudan on final agreement to restart as construction continues by ELIAS MESERET THE ASSOCIATED PRESS | June 28, 2020 at 3:40 a.m. 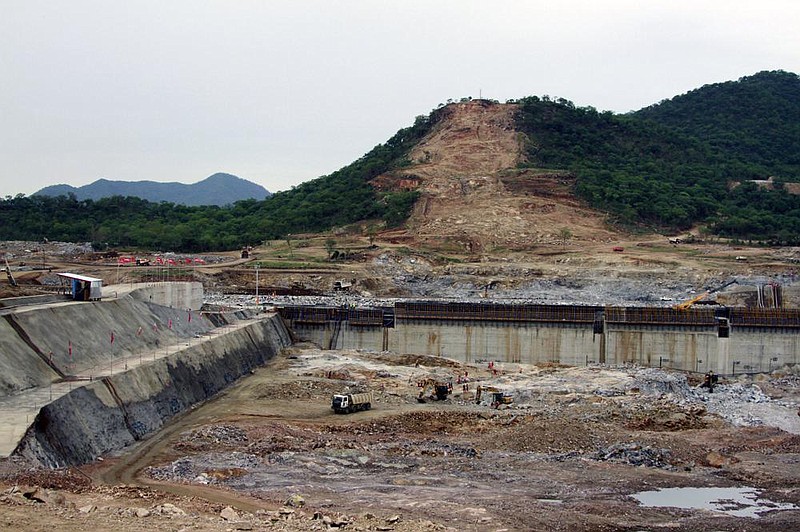 This June 2013 photo shows construction work at the site of the planned Grand Ethiopian Renaissance Dam near Assosa in the Benishangul-Gumuz region of Ethiopia, near Sudan, some 500 miles from the capital, Addis Ababa. (AP/Elias Asmare)

ADDIS ABABA, Ethiopia -- Ethiopia on Saturday said it is set to begin filling a $4.6 billion hydroelectric dam on the Blue Nile within the next two weeks and that construction will continue, hours after the leaders of Egypt, Sudan and Ethiopia agreed late Friday to return to talks aimed at reaching an accord over its operation.

"It is in this period that the three countries have agreed to reach a final agreement on few pending matters," a statement from the Ethiopian prime minister's office said.

Egypt and Sudan had said Ethiopia would refrain from filling the dam next month until the countries reached a deal.

Early Saturday, Seleshi Bekele, Ethiopia's water and energy minister, confirmed that the countries had decided during an African Union summit to restart stalled negotiations and finalize an agreement over the contentious megaproject within two to three weeks, with support from the African Union.

That announcement was a modest retreat from weeks of bellicose rhetoric and escalating tension over the Grand Ethiopian Renaissance Dam, Africa's largest, which Ethiopia had vowed to start filling at the start of the rainy season in July.

[Video not showing up above? Click here to watch » https://www.youtube.com/watch?v=Yu-lLqt5e-c]

Ethiopia has hinged its development ambitions on the colossal dam, describing it as a crucial lifeline to bring millions out of poverty.

Egypt, which relies on the Nile for more than 90% of its water supplies and already faces high water stress, fears a devastating impact on its booming population of 100 million. Sudan, which also depends on the Nile for water, has played a key role in bringing the two sides together after the collapse of U.S.-mediated talks in February.

Ethiopian Foreign Minister Gedu Andargachew this month warned that his country could begin filling the dam's reservoir unilaterally, after the latest round of talks with Egypt and Sudan failed to reach an accord governing how the dam will be filled and operated.

After an African Union video conference chaired by South Africa late Friday, Egyptian President Abdel Fattah el-Sissi said that "all parties" had pledged not to take "any unilateral action" by filling the dam without a final agreement, said Bassam Radi, Egypt's presidency spokesman.

Sudanese Prime Minister Abdalla Hamdok also indicated the impasse between the Nile basin countries had eased, saying the nations had agreed to restart negotiations through a technical committee with the aim of finalizing a deal in two weeks. Ethiopia won't fill the dam before signing the much-anticipated deal, Hamdok's statement added.

Sticking points in the talks have been how much water Ethiopia will release downstream from the dam if a multiyear drought occurs and how Ethiopia, Egypt and Sudan will resolve any future disagreements. 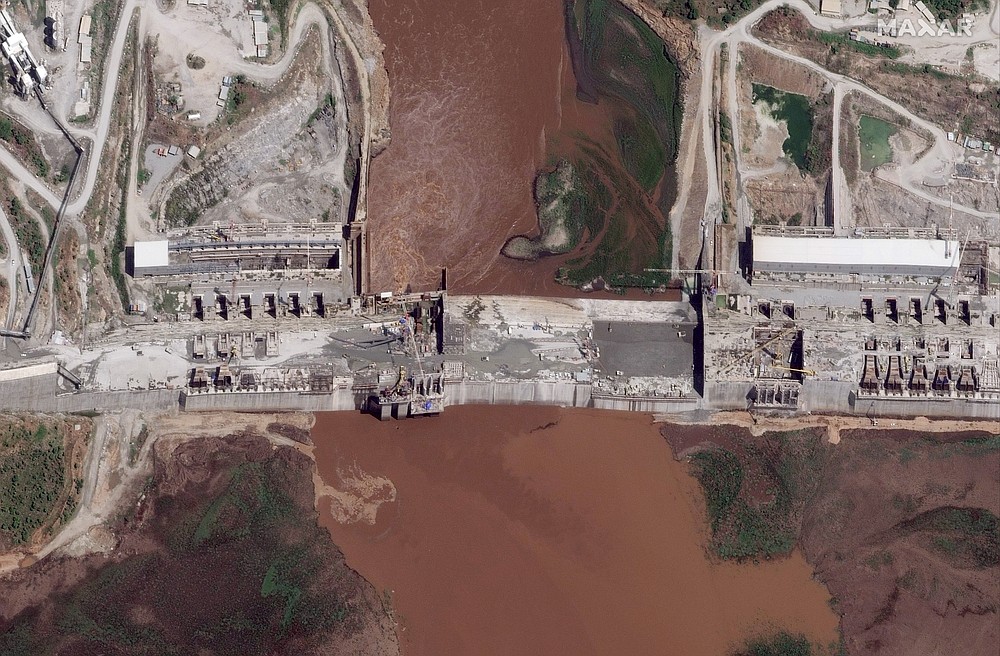 FILE - This satellite image taken Thursday, May 28, 2020, shows the Grand Ethiopian Renaissance Dam on the Blue Nile river in the Benishangul-Gumuz region of Ethiopia. Egypt wants the United Nations Security Council to "undertake its responsibilities" and prevent Ethiopia from starting to fill its massive, newly built hydroelectric dam on the Nile River next month amid a breakdown in negotiations, Egyptian Foreign Minister Sameh Shukry told The Associated Press on Sunday, June 21, 2020 accusing Ethiopian officials of stoking antagonism between the countries. (Maxar Technologies via AP, File)
ADVERTISEMENT