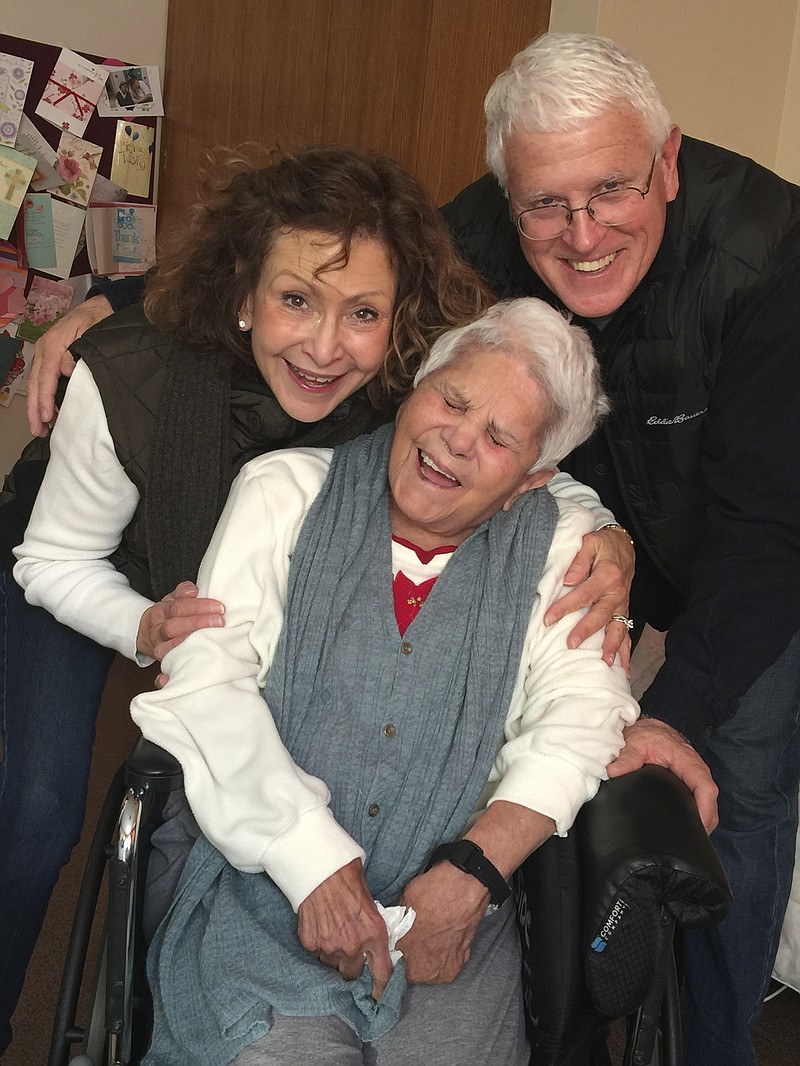 This Dec. 2017 photo provided by Julie Griffith shows Julie Griffith, left, with her mother Mabel Porter, center, and Griffith's husband, David, as they pose for a photo at a nursing home in Oregon, Ohio. The Griffiths are among those advocating to allow cameras inside long-term care facilities. Visitation bans at nursing homes because of the coronavirus have sparked renewed interest in legislation to allow the cameras.(Julie Griffith/Julie Griffith via AP)

HARTFORD, Conn. -- Visitation bans at nursing homes have renewed interest in legislation that would allow families to put remote cameras inside the facilities to help see how loved ones are doing.

Before the pandemic, cameras were seen as a way to identify elder abuse and neglect. But now, many hope they could bring comfort after visitation bans imposed to stem the devastating tide of covid-19 in nursing homes left many families struggling to get information.

"That visitation ban, it was really, really upsetting to people. And I think understandably, some facilities aren't great about sharing information about what's going on," said Anna Doroghazi, associate state director for AARP in Connecticut. She has heard stories about people calling a nursing home five times before someone finally picked up the phone and families unable to get an update on a loved one's condition.

"For me, this isn't about a gotcha game with nursing home staff. I think especially now, people are doing their best. They're showing up. They're doing a good job," Doroghazi said. "But for me, cameras are really about peace of mind for family members."

About a dozen states already have laws or regulations in place allowing residents and their families to install video cameras, subject to certain rules.

Last month, Missouri lawmakers passed legislation allowing families to request cameras to connect with loved ones in a nursing home. The state's governor is reviewing the legislation.

Camera bills have also gained new life in other states, including Ohio and Connecticut.

Vicki Krafthefer said cameras might have helped alleviate frustration at not being able to see firsthand what has been happening this spring to her 65-year-old sister, Christy Buzzard, in an Ohio long-term care facility.

Since March, Buzzard, who suffered brain damage as a toddler, has a childlike personality and is now partially paralyzed from a stroke, has fallen seven times, been hospitalized for a serious head injury and was isolated after testing positive for covid-19.

Through phone calls and window visits, she also described being kicked and having her hair pulled, allegations the facility has denied.

"If I could get a camera in her room, I could look at it and see who's coming in and who's going out. I could tell who's the ones being mean to her," said Krafthefer. "The cameras are so badly needed. I mean, if we had that, it would help the workers a lot. It would help the families. It would help the residents. There's so much good a camera can do."

Ohio House Rep. Juanita Brent, a Democrat from suburban Cleveland who introduced a bill late last year that would allow cameras, said she's heard from numerous families since the pandemic hit who haven't been able to see their relatives for months.

"People are now understanding the urgency of why we need this implemented," she said. "You feel kind of helpless."

The cameras allow families to monitor loved ones in real time or make recordings. In most cases, residents can ask that they be turned off for privacy. There are safeguards to protect roommates from being filmed unknowingly. Signs in rooms alert staff and visitors that the cameras are operating.

Liz Stern of Stonington, Conn., has been among family members of nursing home residents pressuring the Connecticut General Assembly.

Stern took up the cause after the private aides she hires to provide extra care for her 91-year-old mother had to stop seeing her because of covid-19 visitor restrictions.

"They would report to us. They would put the phone to her ear. They would take photographs. They would manage anything that went awry there," said Stern, who's worried about neglect, not abuse. She has since been unable to get a camera installed for various reasons, including opposition from the family of her mother's roommate. 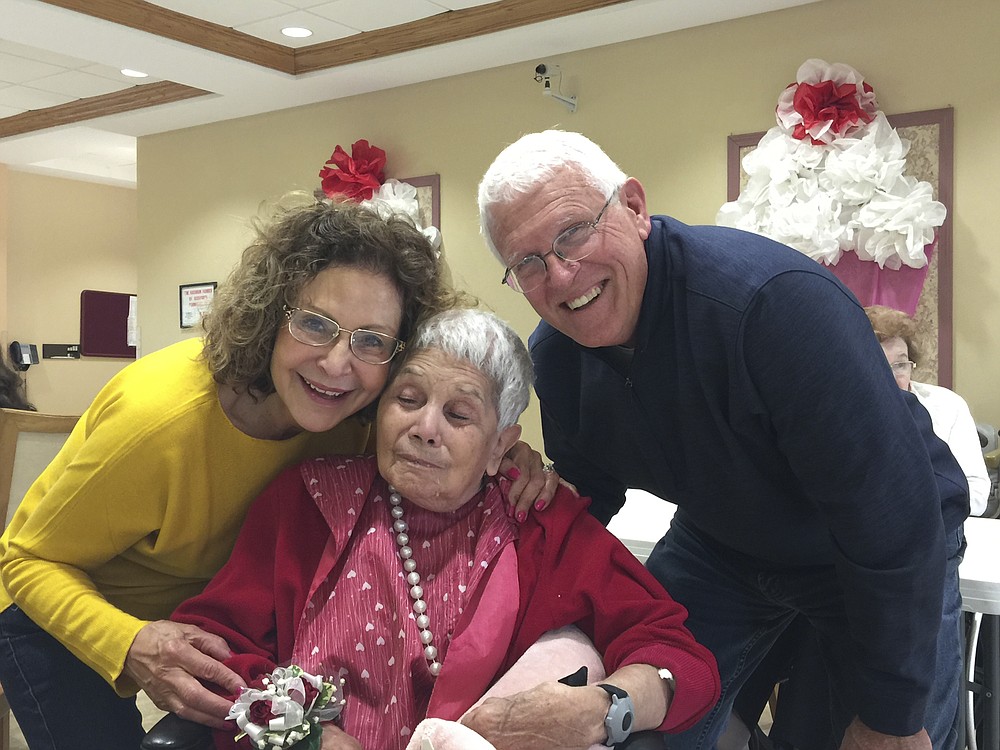 This May 2018 photo provided by Julie Griffith shows Julie Griffith, left, with her mother Mabel Porter, center, and Griffith's husband, David, as they pose for a photo at a nursing home in Oregon, Ohio. The Griffiths are among those advocating to allow cameras inside long-term care facilities. Visitation bans at nursing homes because of the coronavirus have sparked renewed interest in legislation to allow the cameras.(Julie Griffith/Julie Griffith via AP)
ADVERTISEMENT