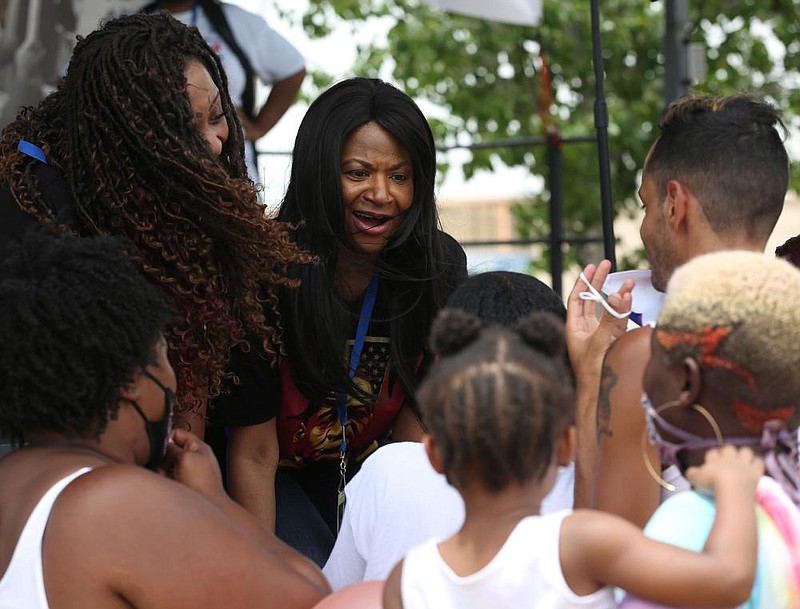 George Floyd did not die in vain, his aunt said Saturday during a "Get Out to Vote" voter-registration event in downtown Little Rock.

"Laws are being changed. Statues are being knocked down. Confederate flags are coming down, and you have that power," Angela Harrelson told the crowd of about 30 people.

"He did not die in vain because his death has created a movement all around the world that gives every last one of you guys the opportunity to make a difference," she said.

Harrelson and Floyd's cousin Paris Stevens were in the capital city for the nonpartisan voter-registration event hosted by the Arkansas Martin Luther King Jr. Commission from 11 a.m. to 2 p.m. It was the first speaking engagement for the two since Floyd's funeral June 9 in Houston, Texas.

Floyd, a 46-year-old black man, died May 25 in Minneapolis as a white police officer knelt on his neck and three other police officers stood by. His death, captured on video, sparked protests worldwide.

In an interview with the Arkansas Democrat-Gazette, Harrelson said she's grateful for the changes that have been made, but there still is room for improvement.

"There's certain things that they have gotten banned right away that I'm very, very thankful for, like the chokeholds, the restraint holds, but there's more work to be done in regard to the police transparency," Harrelson said.

"The union has got to be reformed or even gotten rid of because they're there to protect the police. That's their job, and so it makes it really hard when they [officers] do something wrong to get a conviction," Harrelson said.

Previous members of the Black Lives Matter movement have protested over the deaths of other black men and women at the hands of police, but Harrelson said the manner and timing of Floyd's death made his case different.

The nationwide shutdown because of the coronavirus pandemic provided a ready-made audience for the video of the officer's knee on Floyd's neck, Harrelson said. People stuck at home saw the up-close footage over and over.

"The whole world saw what I saw -- what you saw," Harrelson said.

The focus of Stevens' speech Saturday was increasing voter registration

"What we're going to do for George Floyd is walk the walk," she said. "So, that includes voting. We as a community must educate ourselves on the councilmen that are running."

"One of Dr. King's initiatives was to help push the vote itself," Scarbrough said. "This being the 55th anniversary and a milestone of the Voting Rights Act of 1965, I thought this would be a great opportunity to utilize this [event] to help a low turnout vote here in Arkansas."

The commission partnered with many groups to help people get registered, including helping felons regain their voting rights.

"It's important to show what we all have in common to push the effort of voting," Scarbrough said. People's votes count, he said. "We have organizations come together to encourage voters, the new millennials and others that are voting for the first time."

It's of particular importance for black people, Scarbrough said. He described a run-in he had with police officers in an Arkansas city that he did not name, while on a trip to donate coloring books to a school.

The vehicle he was in was pulled over, and he and the driver were told to get out of the vehicle. They were told to walk backward toward the officers and were handcuffed.

Then, "as I looked around, there were about 15-20 guns pointed at me," Scarbrough said. "So, I'm thinking to myself, what if something were to drop out of my pocket? What if he were to make a wrong move -- because I didn't really know the driver?"

"No matter how educated, no matter how you are sometimes, if you're a black man, it's still a situation where you just don't know what's going to happen," he said. 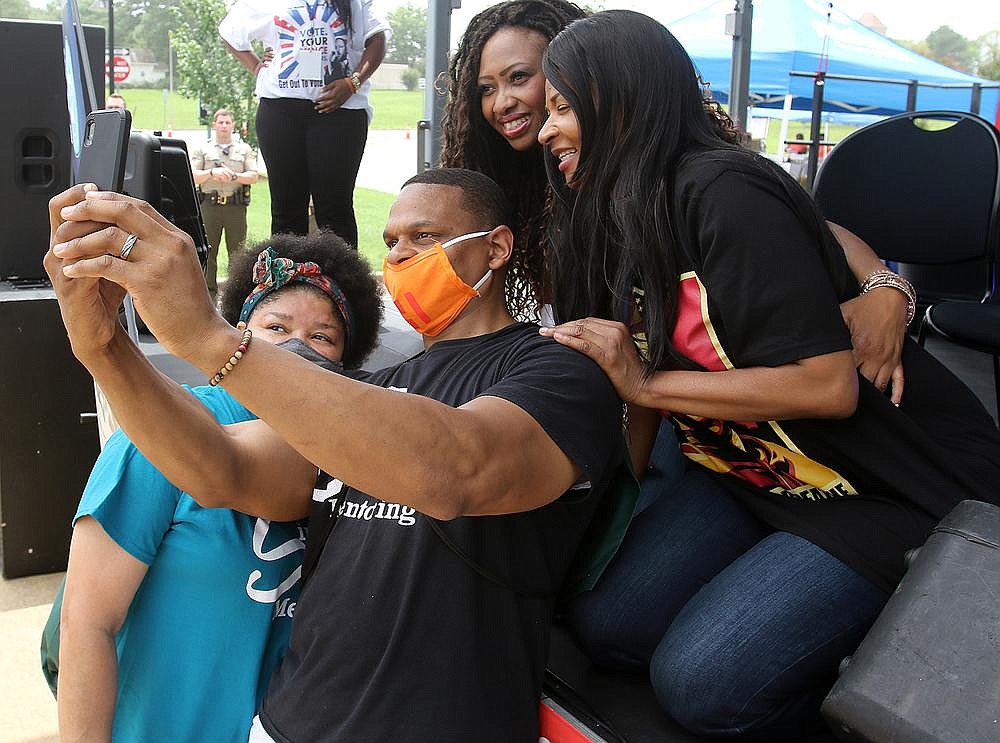