Photo submitted Leslie Moore has spent her career growing the English as a Second Language program in Siloam Springs and across the state.

SILOAM SPRINGS -- Leslie Moore has spent her career growing the English as a Second Language program for students in Siloam Springs and across the state.

She is retiring after 30 years in education and 24 years serving as the ESL program coordinator in Siloam Springs.

"Leslie has been a longtime Siloam Springs School District employee and has done a fabulous job of leading our (English Language Learners) program for a number of years," said Superintendent Jody Wiggins. "She has been looked to an as an expert across the state and our numbers of ELL students have grown tremendously while she has been at the helm. She has done a tremendous job of helping us grow that program and provide for the needs of our kids and she will be missed."

When Moore came to Siloam Springs to serve as ESL coordinator in 1996, there were 94 ESL students and one teacher. Currently the district has 800 ESL students, representing 23 languages, and another 300 students who have completed the program and are in monitoring status, Moore said. The program now has a staff of eight ESL teachers and three paraprofessionals, as well as numerous classroom teachers who are endorsed to teach ESL in their content areas, she said.

"She always loved her students and wanted to go to the next level as far as meeting their needs," said Grace Davis, who has worked alongside Moore, first as her professor at John Brown University and then as an administrator in the school district. Davis is also retiring this year.

In addition to her work building the ESL program in Siloam Springs, both Moore and Davis are founding members of Arkansas Teachers of English Speakers of Other Languages (ARKTESOL) and worked together to provide teachers from across the state with professional development.

Moore, originally from Dover, graduated from the University of Arkansas and worked in Gurdon, in the southern part of the state, for two years before taking a job in Gentry in 1994.

Initially Moore worked as a Spanish I and computer literacy teacher and wasn't even aware that ESL existed as a field. Then something happened that would change the trajectory of her career.

"The principal showed up at my door one day with two students and said, 'Two students from Mexico enrolled and don't speak any English. You figure out what to do with them,'" she said.

The students stayed one semester and then no one else enrolled, but then Moore moved to Gentry and the same thing happened.

"I was really interested in (ESL) after working with those kids," she said. "I knew almost immediately that was where I wanted to focus my energy."

As she searched for the best way to serve ELS students, Moore met Davis, who was a professor at John Brown University at the time, and began taking courses to earn her ESL endorsement. She also met ESL supervisors in Rogers and Springdale. As soon as Siloam Springs posted the job of ESL coordinator, Moore applied.

"It went from there, I guess you could say it was the beginning of ESL in Northwest Arkansas really," she said.

The ARKTESOL organization came together organically during the same time period, according to Davis. In the mid-90s, the state had just determined the ESL endorsement for licensure and the very first wave of ESL teachers were in grad school, she said.

"The teachers in the classes were there with a mission," Davis said. "They were there because this was really important to them and they saw the need with the students."

Many of the teachers had been foreign language students and had the same experience as Moore, Davis said. Schools thought "Oh get them to the Spanish teacher," but Spanish teachers specialize in teaching Spanish to English speakers, not teaching English development to Spanish speaking students, she said.

"The classes were very exciting because you had professionals like Leslie and everyone was leaning into something new," Davis said. "We wanted to know more. Teachers were sharing what happened in the classroom, and out of that came working together on presentations."

ESL teachers had no professional organization in the state at the time. Davis was part of the founding group and asked Moore to be a part of it as well because she wanted the organization to be an equal partnership between higher education and k-12 learning.

Davis and Moore did a lot of traveling to conferences and seminars to do ESL presentations together, bringing both perspectives together, Davis said.

When students enroll in Arkansas schools, they complete a home language survey to determine if they need to be assessed for language proficiency, Moore said. Depending on their proficiency, they could meet with an ESL teacher once or twice a day, or just once a week, for support, she said.

Of the 23 languages represented in the Siloam Springs School district, Spanish is most common followed by Hmong, Moore said. People tend to assume Spanish language speakers are from Mexico, but actually they represent many Central American countries such as El Salvador and Guatemala, she said.

Students face a myriad of barriers, so teachers have to figure out where each student is, Moore said. Some students may come to school for the first time at the age of 17, having completed only first or second grade in their home countries, while others may have had a solid educational background, Moore said. Some students may seem to speak social English fairly well, but struggle with more formal classroom language. For example, they may know the word "pick," often used in social English, but be unfamiliar with the word "select," used on a test.

"I would say that almost every single kid I've ever known and their families have been extremely grateful for the support they receive," she said.

ESL teachers work with families, not just students, to help them navigate the culture of education in the United States and help make the transition smoother, according to Marlene Schwerin, a retired ESL teacher who worked with Moore.

As an ESL director, Moore was very supportive and encouraging, said Schwerin.

"Leslie is so calm and welcoming and kind of defuses anxiety, which is perfect for working with ESL students and their families," Davis said. "She is able to listen and figure out what the problem is and assure the family of that student."

In the Siloam Springs School District, Moore's office was located in the middle school and she was very aware of student's needs, Davis said. She started a comic book club to engage students and encourage them to start reading. She also started the Girls on the Run program at the middle school that combined running as well as social and emotional support, she said.

"If she saw a need, she just kind of jumped in but she did it very quietly and systematically," Davis said.

In her retirement, Moore is looking forward to trying new things, as well as traveling in the off season and spending more time with family.

Davis said she has come full circle in her career to the point where the students she taught at the beginning of her career are now parents of middle and high school students themselves, she said. Running into former students is very rewarding, she said.

"They bring a lot of richness to our culture and to your own life when you really get to know these kids and their experience and to know how grateful they are for any help you give them, even when you don't think you are helping very much," she said. 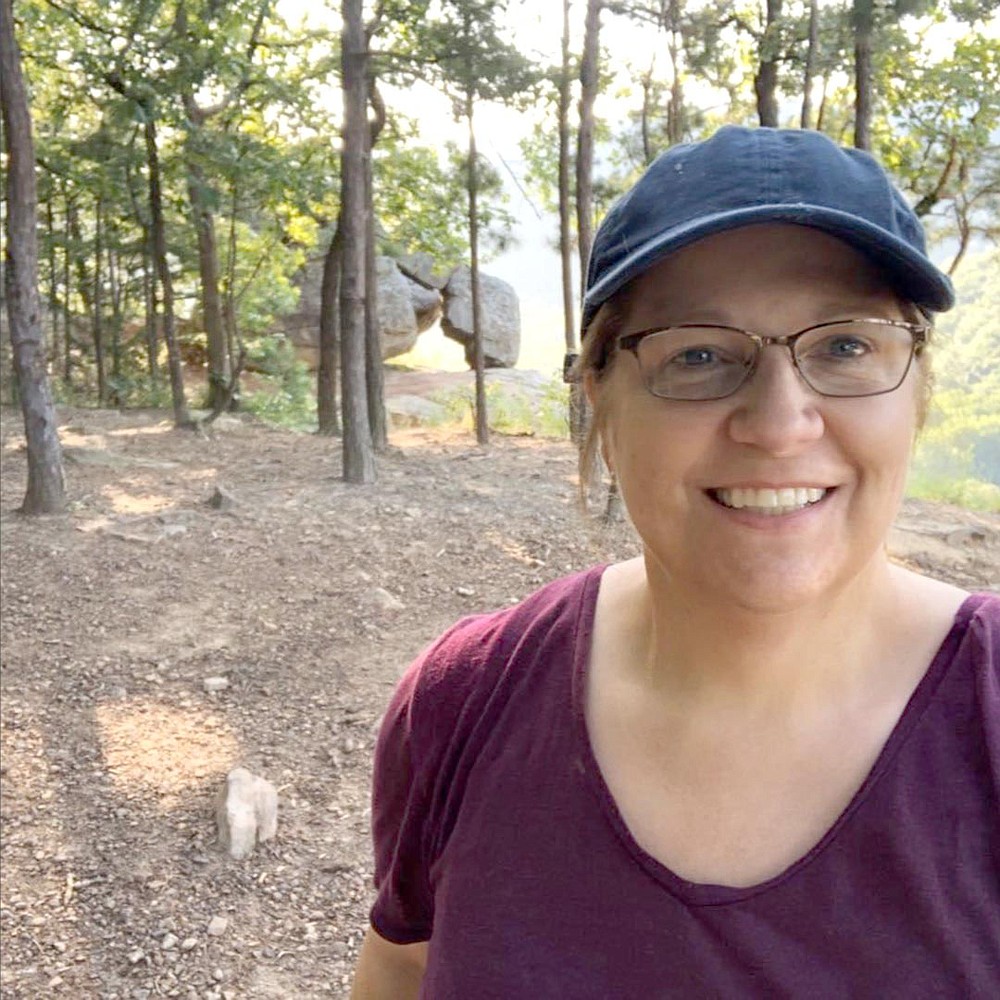 Photo submitted Leslie Moore is retiring from her position as English as a Second Language director at Siloam Springs School District.
ADVERTISEMENT