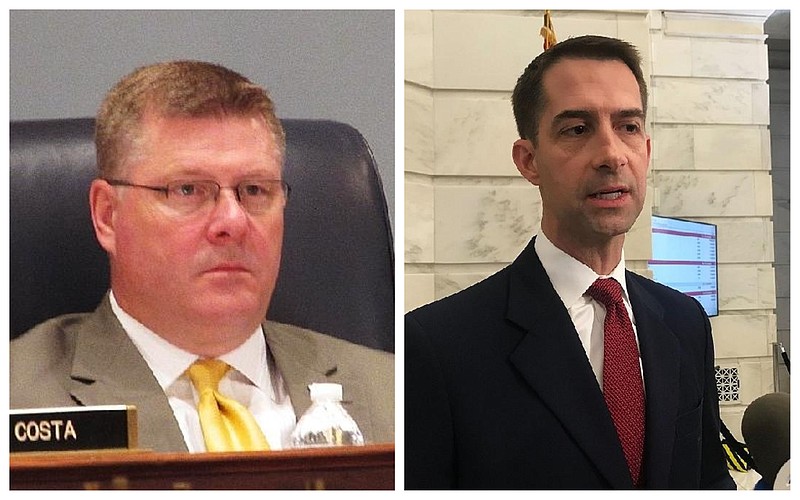 If credible information exists, it hasn't been shared with him in the course of his duties, U.S. Rep. Rick Crawford added.

"I have major questions about the validity of this at all," Crawford, a House Intelligence Committee member, said.

"I think what this is, is an attempt to create problems for the administration. Unless and until I see some vetted intelligence that changes my opinion, I'm going to assume this was done for [political] effect," the lawmaker from Jonesboro said.

U.S. Sen. Tom Cotton, R-Ark., who serves on the Senate Intelligence Committee, also questioned the reliability of the reports.

The Trump administration, he noted, has described the accounts as "unverified" and "uncorroborated."

"It's not surprising that the president is not being presented with unverified, uncorroborated, unreliable, single source or other information that is not a finished assessment and product of the considered judgment of our intelligence services," the Dardanelle native said.

"It's regrettable that anyone in our intelligence committee or our military or from an allied country would plant such information in the media ... whether it's true or not," Cotton said. "Russia is usually up to no good all around the world and that's not surprising but intelligence reports ought not to be leaked to the media."

Other members of the state's all-Republican congressional delegation expressed hope that additional information will be made available.

"I've not had any kind of a classified briefing on it so I can't really comment one way or another on what actually happened and who knew what. But I will say if that were to happen, with the Russians or anybody else, it's very serious and it's not something that we should let pass without a diplomatic response to it," said U.S. Rep. Bruce Westerman of Hot Springs.

"If we need a classified briefing to get the real story, I think that's the next step," he said.

"I do think [when] anything like this comes out, it deserves to be investigated. A full accounting by the principle people involved in intelligence acquisition for this country is essential," he said. "We [need to] either get it confirmed or invalidated."

If there's evidence, Womack said it hasn't been shared with him.

"I have not seen anything in classified circumstances that would lead me to believe that there has been verified intelligence on such a matter. I've not seen that," he said.

"Would it surprise me that Russia might be involved in such a scheme? Not at all because they are not our friend," Womack said. 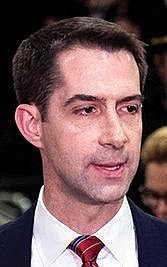 He expressed concern that Russia is attempting to sow discord in this country.

"Any time that they can, [they will attempt to] divide and weaken the United States of America, whether it's in another combat theater or whether it's here at home," he said.

"Putin's never been a friend of the United States and I'm concerned, deeply concerned, by reports that Russia's put bounties on American soldiers. If it's true, Russia needs to be held accountable," he said.

Hill called on the White House to share what it knows with lawmakers.

"I just simply think that the Trump administration needs to share what it knows with our intelligence committees and the defense-related armed services committees and brief them in the setting that's appropriate," he said.

"I'll be working with my colleagues to urge the administration to immediately brief Congress about what it knows about this threat," the lawmaker from Rogers said. "If these allegations are true, we must hold Russian President Vladimir Putin accountable."