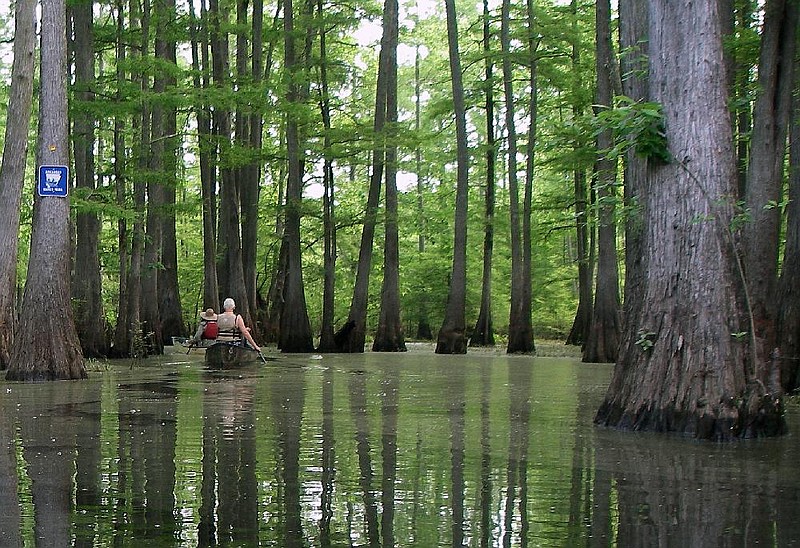 Some fishing conservation methods require more taking than leaving. Such is the case with several Arkansas lakes that have no creel limits on certain fish species.

The idea is to reduce the overall population of smaller fish to help the remaining fish grow with less of a fight for that waterway’s resources.

Lake Greenlee near Brinkley and Lake Chicot in southeast Arkansas are two lakes that allow the unlimited taking of channel catfish.

Lake Erling in southwest Arkansas could be added to the list for unlimited channel catfish harvest when the Arkansas Game and Fish Commission commissioners vote on new fishing regulations in August.

There’s also a proposal to allow unlimited harvest of crappie at Lake Hogue and Lake Frierson, both in northeast Arkansas.

Justin Homan, a fisheries biologist with Game and Fish and leader of the division’s catfish management team, said Game and Fish divides the state into 10 districts in its fisheries management program. Homan said the catfish management team “kind of as a committee just tries to basically summarize data we get from around the state and help each of our district biologists. But it’s up to the local biologist in their areas to go out and determine their needs.”

At Lower White Oak Lake, a lake in district 6 under biologist Andy Yung’s supervision, size regulations for largemouth bass would change in a proposal where anglers could keep 10 fish but only one could be above 20 inches.

Length limits like these can help protect trophy-size bass, he said.

“We often get requests for minimum length limits on crappie because anglers go out and catch tons of small fish, but no big ones. Many times, this can indicate a stunted crappie population that would strongly benefit from harvest.”

Yung realizes the way anglers have been educated over the years, that “it’s a hard message to sell” to convince anglers to keep the little fish and throw the medium to big fish back.