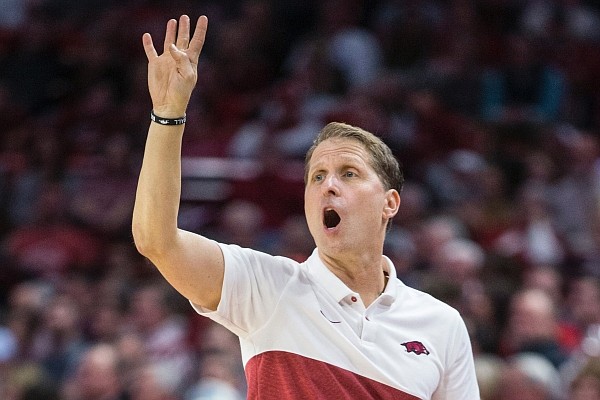 Aggressive recruiting and a family friend who has a long-term relationship with University of Arkansas Coach Eric Musselman has an ESPN 4-star prospect interested in the Razorbacks and plans to visit.

"Arkansas is probably recruiting me the hardest at this point," Lloyd said. "I have a special relationship with Musselman because his father and my uncle were pretty close."

Former Michigan State point guard Pete Davis was a seventh-round pick of the New York Knicks in the 1975 NBA Draft. He also played for Musselman's father Bill and the Cleveland Cavaliers.

Davis was a mentor to Ramel Lloyd Sr. in college and is a very close family friend. He has known the younger Lloyd since birth. Lloyd Jr. even refers to Davis as an uncle.

Musselman was a ball boy for his father and the Cavailers.

"My uncle said he's known him since he was a little boy," Lloyd Jr. said.

Lloyd averaged 23 points, 7 rebounds and 4 assists a game as a sophomore at Woodlawn Hills (Calif.) Taft. He likes Musselman's philosophy and his development of Cody and Caleb Martin, twin brothers who played for the coach at Nevada and are now with the Charlotte Hornets.

"Personally, I love Coach Musselman's style of play," Lloyd said. "I love what he did with the Martin twins back in Nevada." 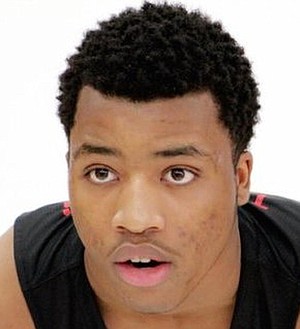 He received a scholarship offer from Arkansas and Kansas on April 28 to go along with others from schools like St. John's, Massachusetts, Arizona State, Southern Cal and TCU. He has since added offers from Arizona, Illinois, Baylor, Oklahoma State, Rutgers, Washington and others.

His communication with Arkansas is strong.

"I talk to the whole staff now," said Lloyd, who received his first offer from UNLV in the seventh grade. "They're in touch pretty much daily. I talk with Coach Musselman from time-to-time, so definitely in close contact with the Arkansas staff."

"Every conversation it seems like he's just had a cup of coffee and he's ready to go for sure," Lloyd said. "He definitely woke me up a couple of times."

Lloyd's size and all-around game looks to be a good fit for Musselman and Arkansas.

His father played shooting guard at Syracuse for one season before transferring and playing three seasons at Long Beach State. He led the Big West Conference in scoring and was named first-team all-conference in 2001 for the Sharks.

He coached his son in youth basketball up to AAU. Lloyd honored his father Sunday with a birthday wish on Twitter.

"He's the one that taught me to play basketball," Lloyd said. "Like I said in that tweet, I wouldn't be where I am right now if it wasn't for him."