Stocks climb to make up for part of losses last week 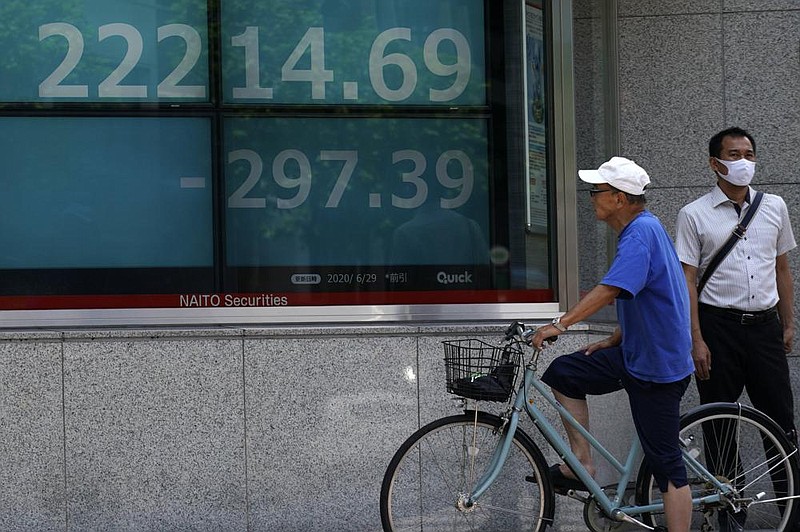 A man looks at an electronic stock board showing Japan’s Nikkei 225 index on Monday outside a securities rm in Tokyo. (AP/Eugene Hoshiko)

Stocks shrugged off a wobbly start to finish solidly higher on Wall Street on Monday, as the market clawed back half its losses from last week.

The S&P 500 rose 1.47% after having been down 0.3%. The market rallied after a much healthier-than-expected report on the housing market put investors in a buying mood. Technology, industrial and communications stocks accounted for much of the market's broad gains. European stocks also closed higher. Treasury yields were mixed and oil prices rose.

Stocks of smaller companies also jumped more than the rest of the market, which often happens when investors are feeling more optimistic about the economy. The Russell 2000 index of small-cap stocks picked up 42.43 points, or 3.1%, to 1,421.21. The index made up for all of its loss from last week.

The pickup in U.S. stocks after a weekly loss marks the latest choppy move for markets around the world, which have been swinging back and forth in recent weeks as investors balance hope for a relatively quick economic rebound as more businesses reopen against worry as an increase in confirmed new coronavirus cases forces some businesses to close their doors again.

"It's just another day of normal volatility, its unfortunately what we're living with now," said Mark Litzerman, head of global portfolio management at Wells Fargo Investment Institute. "It tends to be this tug of war between better economic data coming through versus a rise in cases."

A rise in infections of the coronavirus, including in the U.S. South and West, has dented the optimism that earlier sent the S&P 500 screaming nearly all the way back to the record it reached in February.

The worry is that the worsening levels could choke off the budding improvements the economy has shown recently as states and other governments ease up on lockdown orders, even with the Federal Reserve and other central banks pumping unprecedented amounts of aid into the economy.

Florida and Texas put new restrictions on bars to slow the spread of the virus, for example, which helped drive the S&P 500 to a loss of 2.9% last week. Other governments around the world are likewise backtracking on efforts to reopen their economies after widespread lockdowns that sent the global economy into a sudden, severe recession.

Given all the uncertainty about the path for the economy and corporate profits, many professional investors say the only sure thing for markets is that upcoming movements will likely be volatile. The second quarter of the year is set to close out today, and the S&P 500 is on pace for a gain of more than 18.1%, which would be its best since late 1998. Of course, that follows the U.S. stock market's loss of nearly 20% in the first quarter, which was its worst since the bottom of the 2008 financial crisis.

Shopping mall owner Simon Property Group jumped 10.1%. Its shares have risen and fallen for months with expectations of whether people will be able to get closer to "normal" spending activity.

Stocks of airlines, whose profits are also tied to a reopening economy, were also strong. Southwest Airlines gained 9.6%, and American Airlines Group and Alaska Air Group each climbed 7.6%.

Information for this article was contributed by Elaine Kurtenbach of The Associated Press. 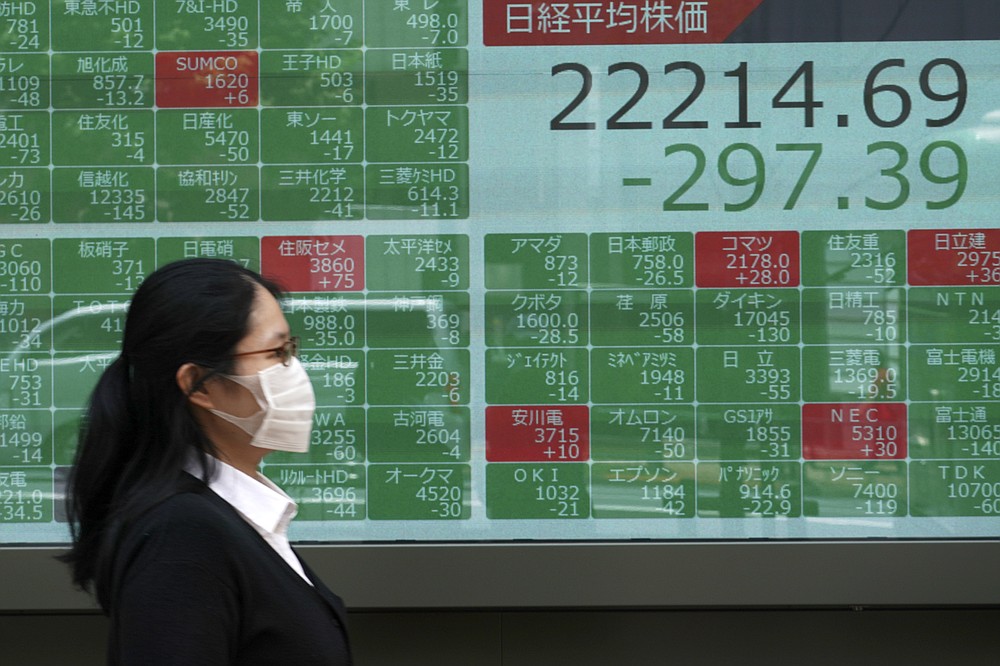 A woman walks past an electronic stock board showing Japan's Nikkei 225 index at a securities firm in Tokyo Monday, June 29, 2020. Shares fell Monday in Asia, tracking losses on Wall Street as rising virus cases cause some U.S. states to backtrack on pandemic reopenings. (AP Photo/Eugene Hoshiko) 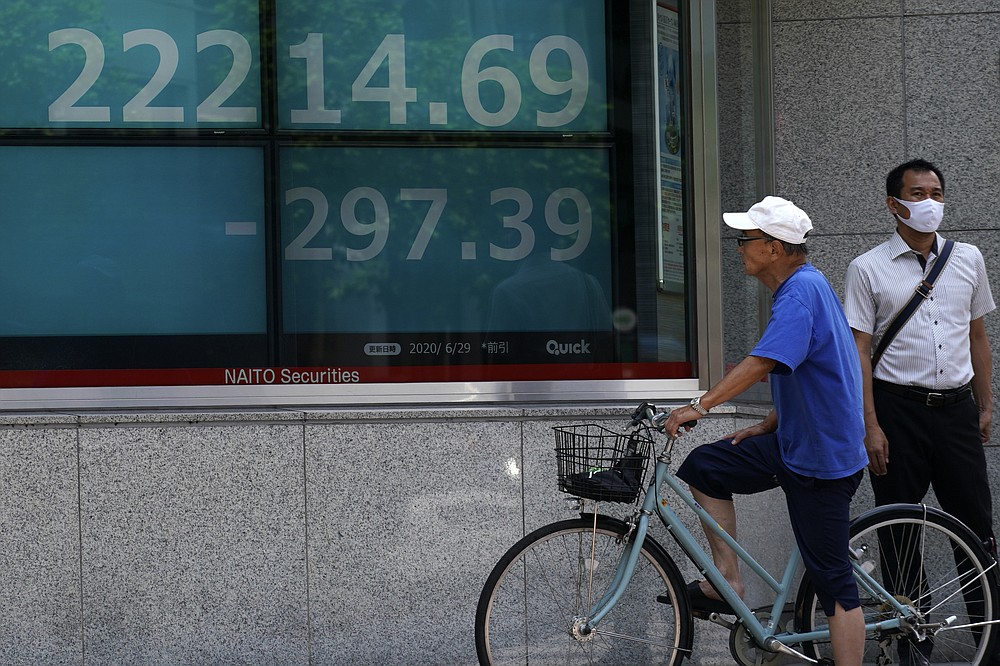