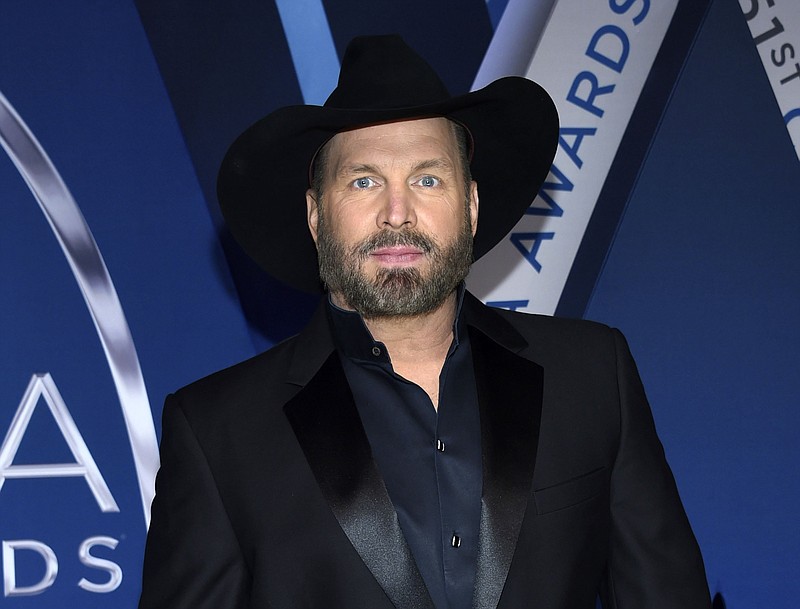 Garth Brooks clocks in at No. 19 on the list of Pride anthems with “We Shall Be Free.” (AP file photo/Invision/Evan Agostini)

SAN JOSE, Calif. ⁠— DJ Rotten Robbie is one of my go-to sources for all things music related. The guy just knows so much, whether we're talking about a classic pop act from the '80s or the latest buzz band from the U.K.

Combining that factor with the California DJ's long-standing involvement with Pride events, DJ Rotten Robbie seemed like the ideal candidate to help us celebrate Pride 50 in a tuneful fashion.

Thus, I asked him if he'd be willing to come up with a list of the top 25 Pride anthems of all time. And he enthusiastically agreed, delivering a great list (with comments).

"These songs are about overcoming adversity and being told no, to go on to find yourself and your community. There is a unifying message of freedom, strength and not giving up, no matter what society, your family or your church has told you; to believe in yourself and find others like you," the DJ said.

"San Francisco's own Sylvester sings an early anthem for the '70s gay rights movement about feeling like your real and true self."

"Aretha's take on a previous C&C Music Factory track. Written and produced by Robert Clivilles and David Cole, both gay men, it went on to become a Pride anthem in the '90s as it continues to be to this day."

"A Pride anthem for the ages. Coming out is the term the LGBTQ+ community use to describe the act of revealing one's sexuality or gender. Its joyous lyrics about breaking out of your shell and shouting 'I'm coming out, I want the world to know, gotta let it show,' makes it a singalong LGBTQ dance floor filler."

"This classic from 1979 has become a Pride anthem especially for the lesbian community, with its lyric 'We are family, I've got all my sisters with me.' Its message of unity resonates with all who have struggled with oppression."

"The LGBTQ+ community was at the forefront of the modern ABBA lovefest/resurgence. The inclusion of many ABBA tracks in the drag masterpiece 'Priscilla Queen of the Desert' helped make ABBA a favorite of the gay community."

"Madonna's Pride anthem about expressing your real and true self, ready or not. Along with its homoerotic video, this song has gone on to be an LGBTQ+ anthem with lyrics about not settling for second best and getting what you deserve in life. You can be the queen on a throne. Madonna has been a queen on a throne to the LGBTQ+ community for 35 years." 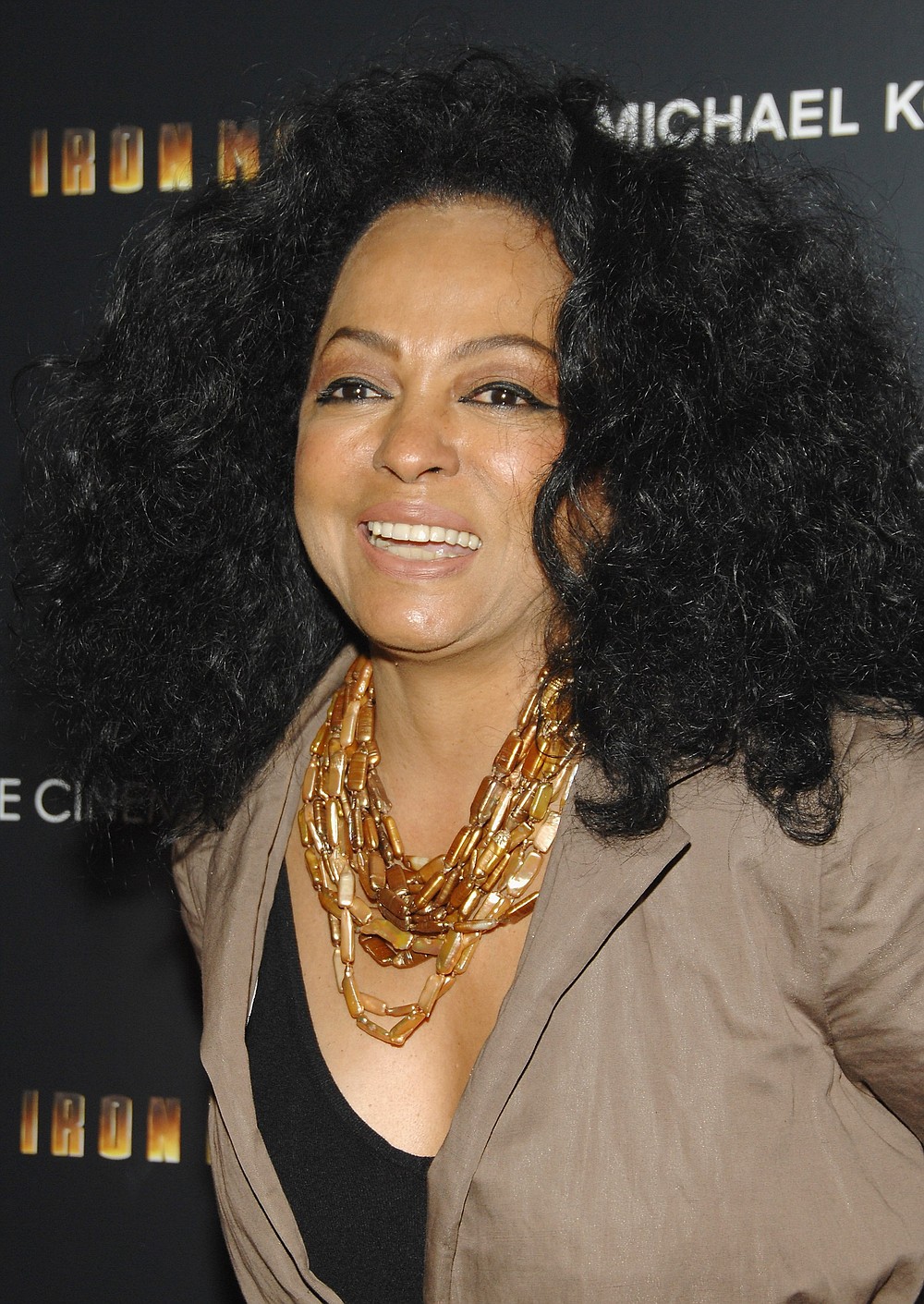 Diana Ross is on the list of Pride anthems at No. 3 with “I’m Coming Out.” (AP file photo/Evan Agostini)

"Lady Gaga's Pride anthem about realizing you are beautiful in your own way, and that God makes no mistakes. Before its release, Gaga was already a gay icon, but this song cemented her legacy as a true ally."

"In this synth-pop Pride anthem from 1984, lead singer Jimmy Somerville sings about a gay man running away from home with all he owns in a little black case because he was not accepted by his father for being gay. It was revolutionary at its time because the band was out and gay ⁠— a bold move in the conservative Reagan/Thatcher era."

"Erasure's out gay front-man Andy Bell sings about breaking the chains that bind us, encouraging the listener to feel free to be who they are ⁠— to walk 'hand in hand in hand,' 'making plans together,' 'our sisters and our brothers.'"

"Scissor Sisters sing about taking your mama out to a gay bar to show her that we are all 'doing the best we can,' celebrating with 'some cheap champagne,' and letting your mother see your community and the real you."

"Former lead singer of M People, Heather Small's song is about looking at what you've done that makes you feel proud and encourages the listener to find freedom by doing something extraordinary. With its soaring gospel-infused chorus, this song, especially the dance remixes, has become a pride anthem."

"The video to George Michael's ode to breaking free and being the man he forgot to be shows supermodels lip-syncing George's lyrics, 'All we have to do now is take these lies and make them truth somehow.' It was long perceived by the LGBTQ+ community as George's coming out song ⁠— without actually coming out."

"A disco cover from the drag musical 'La Cage aux Folles.' I chose this song over Miss Gaynor's gay anthem 'I Will Survive,' because lyrically it is more about self-acceptance and being who you are, which makes it a Pride anthem for sure."

"A club anthem in the summer of 2014, its lyrics describing Ariana Grande breaking free and feeling stronger than she's been before resonate with the LGBTQ+ community. Miss Grande has become quite the gay icon."

"A club anthem from the '90s finds house diva Ultra Nate singing about being free to do what you want to do and living your life. This song has gone on to be a Pride anthem, filling dance floors wherever it is played."

"This Queen classic almost did in the career of this legendary band. When singer Freddie Mercury and band appeared in full drag as an homage to a British TV show, Americans were not having it. Over the years, along with Queen's resurgence, this song has become a Pride anthem about breaking free of oppression."

"RuPaul has many songs that are gay anthems, but this track is a true Pride anthem. From the soundtrack to the 1995 film 'Wigstock,' about the annual New York drag festival, it's a gospel-tinged, uplifting dance song about being free to be yourself and loving who you want."

"With lyrics like 'Brother and sister / Together we'll make it through' and 'I know you've been hurting but I've been waiting to be there for you,' Rozalla's Pride anthem is about realizing we are all one family and should lift each other up and stand together."

"Garth's 1992 gospel-tinged song about equality wasn't received very well by his conservative base or country radio, but with lyrics like, 'When we're free to love anyone we choose / When this world's big enough for all different views... Then we shall be free,' it was embraced by the LGBTQ+ community. Mr. Brooks credits his out lesbian sister for his support of same-sex marriage."

Female vocalists have long been the proxy, singing the thoughts and feelings of gay men. There is no way a man could have sung this song back then, but every gay man knows it was sung just for them. Weather Girls were formerly the backing vocalists for Sylvester, then known as Two Tons of Fun. They have a long history with the gay community. Member Martha Wash has gone on to sing gay anthems with Black Box, C&C Music Factory, and her own solo music. 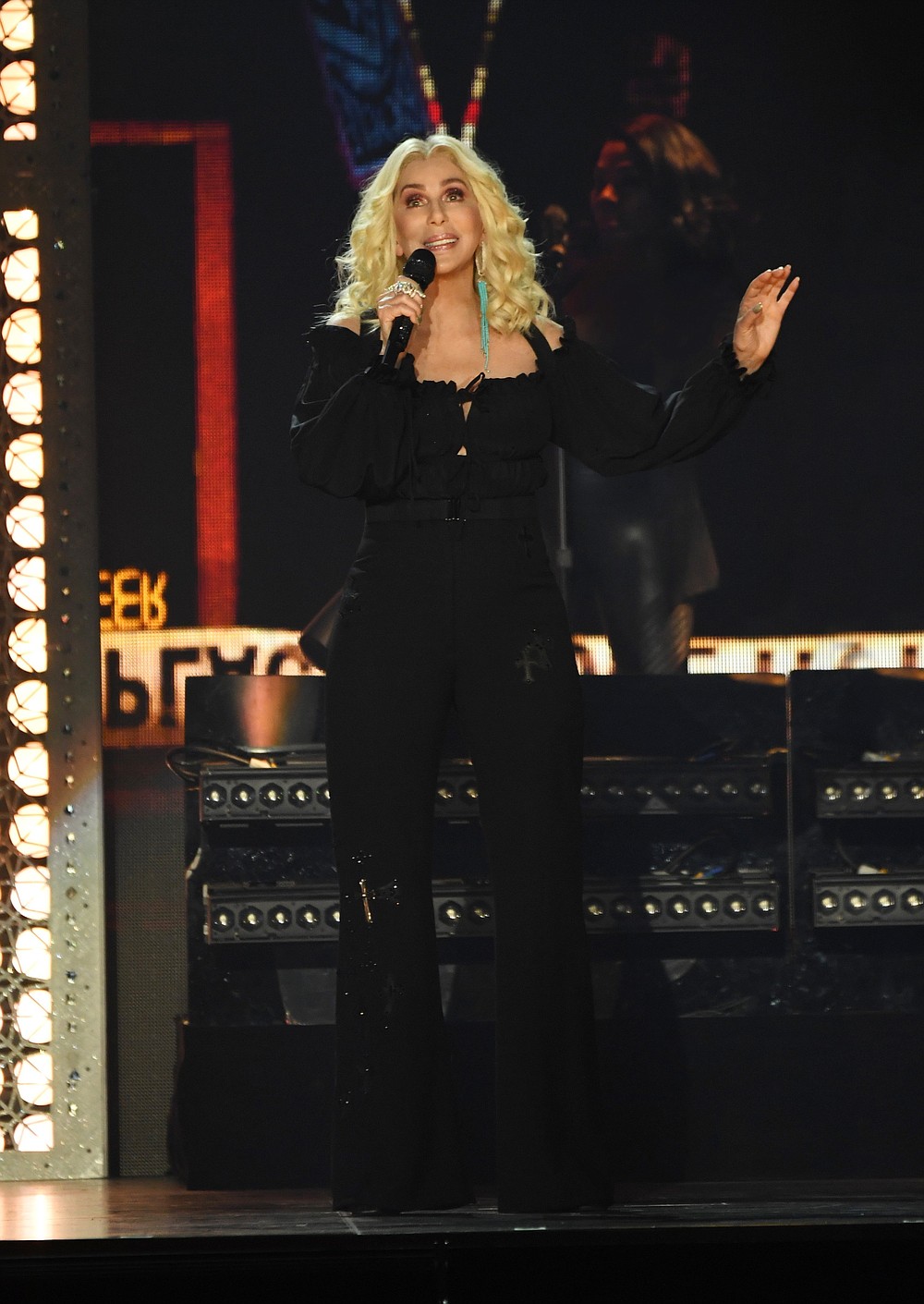 Cher’s “Strong Enough” is No. 23 on the list of Pride anthems. (Special to the Democrat-Gazette/Kevin Mazur)

Chaka Khan's song of female empowerment, later covered by Whitney Houston for 'The Bodyguard' soundtrack, has gone on to appeal to queer women and men due to its uplifting and positive lyrics about being able do anything you put your mind to."

"Long believed to be the template for the modern electronic dance music genre, this sexy, sultry track by The Queen Of Disco is a staple at any Pride dance or festival, and a song about sexual freedom and togetherness. It was produced by the legendary Giorgio Moroder, who, while not gay himself, has gone on to create many a gay anthem."

"Musically and lyrically an homage to Gloria Gaynor's 'I Will Survive,' this song is sung from the perspective of Cher to a cheating lover, but one could easily interpret the lyrics to be about a repressive society that she is no longer willing to tolerate. It's a song about finding one's strength and moving on."

"A song about yearning to be loved and to dance with that certain someone. Not necessarily a Pride anthem upon release, the song was always popular with the LGBTQ+ community, but after it's prominent inclusion in the gay teen film 'Love, Simon,' this song has become a multi-generational anthem for young and old."

"Disco and R&B songs have long been about overcoming oppression and hardship. This gem from 1979 has a super positive message about realizing things are looking up and knowing that if we keep going there 'Ain't No Stoppin' Us Now,' a message that resonates greatly with the LGBTQ+ community."