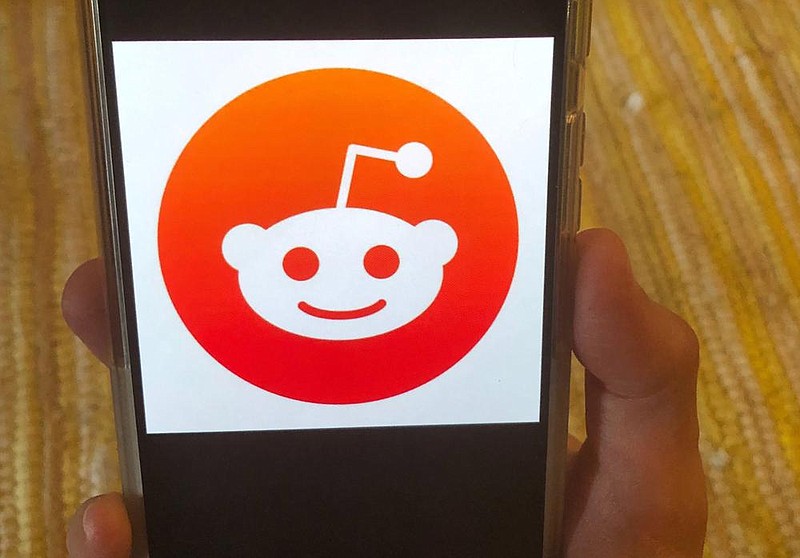 Reddit, a much-used public comment website whose logo is shown Monday on a mobile device, has banned a pro-Trump forum as part of a crackdown on hate speech. (AP/Tali Arbel)

Reddit shut down its popular but contentious forum devoted to supporting President Donald Trump on Monday after years in which the social media company tried but often failed to control the racism, misogyny, anti-Semitism, glorification of violence and conspiracy theories that flourished there.

The move against r/The--Donald, as the forum was known, came after its volunteer moderators and much of the community had left in recent months, moving to a website that mimics Reddit's system of conversation and user voting on content but appears to have fewer rules. It is just one of several alternative social media sites, such as Gab and Parler, that have emerged in recent years, portraying themselves as freewheeling alternatives to more mainstream platforms.

The move by Reddit comes amid a broader crackdown by technology companies, including Twitter and Facebook, to try to rein in hateful, deceptive and other problematic content on their platforms, typically after high-profile scandals prompted action. Reddit also implemented its first policy banning hate speech on Monday and closed about 2,000 individual forums, what the company calls "subreddits." The company already had a policy against "divisive language" in advertising.

Most of the closed subreddits already had become dormant while others, like r/The--Donald, had histories of policy violations. Reddit also closed the left-wing r/ChapoTrapHouse on Monday for violating platform rules.

Chief Executive Steve Huffman, who also is a co-founder of the site, said in announcing the move against the forum: "All communities on Reddit must abide by our content policy in good faith. We banned r/The--Donald because it has not done so, despite every opportunity."

In a call with reporters, he added that the decision to close forum and other politically-themed subreddits was "absolutely not" related to the views aired on them. Numerous conservative forums remain active, and some liberal ones also were closed on Monday for policy violations, he said.

"It's one of the founding principles of Reddit to foster [political] discussion," Huffman said in the call with reporters.

Reddit's r/The--Donald started in June 2015 as Trump began what was widely seen then as a long-shot bid for the presidency. Over the years, it was subjected to escalating disciplinary actions for violating Reddit content policies. Last year, the platform imposed a "quarantine" that made the forum harder for Reddit users to access after what the company said at the time was months of "rule-breaking behavior." Those violations included the "encouragement of violence toward police officers and public officials in Oregon" during a legislative dispute over climate legislation.

Reddit had previously taken steps to delete problematic content and limit the spread of popular posts after a series of embarrassing incidents that included early incubation of the false Pizzagate conspiracy theory, born in 2016, that alleged Democratic Party officials operated a child-sex ring out of a Washington pizzeria. Earlier that year, during his campaign for president, Trump hosted a freewheeling "Ask Me Anything" event, one of the signature features on Reddit.

Trump campaign spokesman Tim Murtaugh said that if supporters of the president want to hear his unfiltered views, they should download his campaign app.

The site to which many former users of r/The--Donald fled, called thedonald.win, celebrated the banning by Reddit Monday afternoon in a post titled, "This is How We Won," saying they expected the company to take action against them ahead of the 2020 election.

"They censored us, the suppressed us, they silenced us. We beat them," said the post, voted to the top of the page. "With nothing but raw talent, and a patriotic drive to preserve our country, we escaped Silicon Valley censorship and created a new home out of nothing. No donors, no outside influences, just us and our message. And you came."