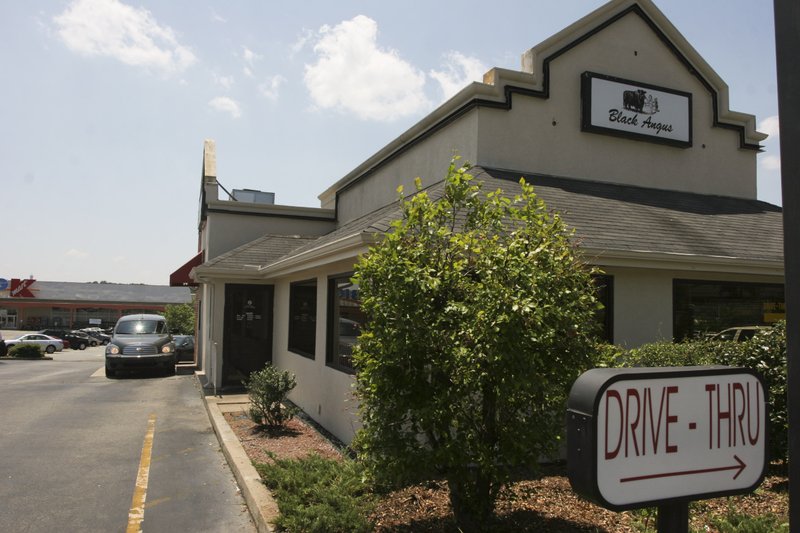 FILE — Black Angus Restaurant in Little Rock is shown in this 2009 file photo.

Black Angus Restaurant has a new home, which turns out to be its old home.

Black Angus, which is being forced to vacate the building where it has been serving charcoal-grilled steaks and burgers for 30 years at 10907 N. Rodney Parham Road, Little Rock, is going back to its original location, the corner of West Markham and Van Buren streets, owner Karla Creasey says.

"It's the greatest thing I could have ever thought could happen," she said Monday.

She said she hopes to be open by June. Her deadline to leave her current location is March 31.

The venerable burger-steak-plate lunch establishment opened at at Markham and Van Buren streets in 1960 and moved to South University Avenue, then moved again in 1990 into the Rodney Parham building that had previously housed an outlet of the now-defunct Kenny Rogers’ Roasters chain.

Creasey explained that she'll be taking over two existing restaurants that have grown up on that corner in the interim: Chi's Too, a sideways descendant of the Chi's mini-chain, that took over the former Kentucky Fried Chicken building, and a Subway.

The Chi's building will undergo a complete remodel, including the building on its west side of a drive-through, accessible from A Street behind the restaurant. The Subway will be demolished to provide parking. "That building is too old for longterm use," Creasey said. "We plan to occupy that lot for a long time."

Creasey said while looking at a lot of possible locations that weren't the right fit for her business, she got a phone call from Morris Harper, the son of Black Angus founder Oliver Harper; the family still owns the lot.

"I was trying to figure out what I would have to give up. He told me, 'This is so easy. Just go home. Just go back where Daddy put you.'"

The A Street drive-through access will ease traffic flow problems that would likely result from the proximity of the traffic light at the busy Markham-Van Buren intersection, Creasey said.

The June target is partially based on the amount of remodeling that the buidling will require, including plumbing and electrical work and the building of a new charcoal grill — Black Angus has grilled its steaks, burgers, etc., exclusivey on charcoal for 60 years.

"I'm so excited to redo that corner," she said. "It needs sprucing up. It needs to be an attraction. You need to smile at the things you see."

Creasey said she wasn't worried about her business being inaccesible when there are football games in War Memorial Stadium across the street.

"Every place has its pros and cons," she said.

Creasey's customers were shocked to see the Jan. 10 post on the restaurant's Facebook page (facebook.com/blackanguslittlerock) that “The rumors are true: WE ARE RELOCATING!” But not as shocked as Creasey said she was when she received her notice to vacate — on New Year’s Eve — from the owners of the Rodney Parham shopping center that formerly housed a Kmart and in which her restaurant occupies an outlying plot. It is now being developed into Premier Medical Plaza by Premier Gastroenterology Associates and real estate firm Newmark Moses Tucker.

Creasey received a flood of help and suggestions for new locations from regular customers and the community at large. Complicating the search was her initial desire to stay close to her current spot and the need for a drive-through window, since she estimates that's responsible for about a third of her business: "This is one of the only places where you can phone in an order for a T-bone and pick it up through the window,” she said in January.