$8.3B to fight coronavirus clears House 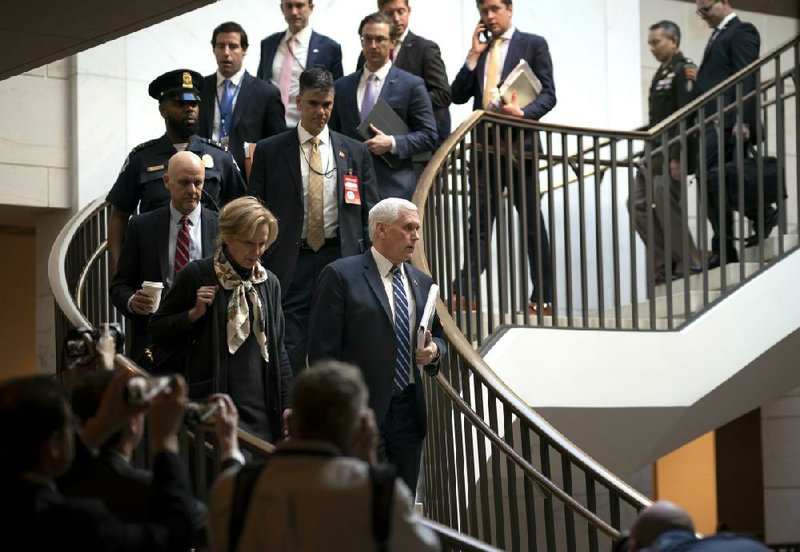 Vice President Mike Pence (center), accompanied by coronavirus response coordinator Deborah Birx, arrives Wednesday at the Capitol to brief House members on efforts to control the virus. The House then passed an $8.3 billion bill to help with the fight. The Senate is expected to approve the measure today. (AP/J. Scott Applewhite)

The move came as the U.S. death toll from the coronavirus climbed to 11 Wednesday with a patient succumbing in California -- the first reported fatality outside Washington state. California declared a state of emergency to give authorities greater leeway in combating the virus.

The 415-2 U.S. House vote followed a debate that lasted only a few minutes and came after House Speaker Nancy Pelosi beat a tactical retreat on vaccine price guarantees.

The Senate is expected to pass the measure today and send it to the White House for President Donald Trump's signature. The legislation came together in little more than a week -- and more than triples Trump's $2.5 billion request -- sped along by concern over the outbreak's threat.

Trump is sure to sign the measure, which has the blessing of top Republicans including Senate Majority Leader Mitch McConnell, R-Ky., and top House Republican Kevin McCarthy of California.

"This moment calls for collaboration and unity," McConnell said. "It's time to give our public health experts and health care professionals the surge of resources they need at this challenging time."

The agreement came together after Pelosi, D-Calif., dropped a demand, opposed by Republicans and the drug industry, to guarantee that any vaccines and drug treatments developed with government-backed research -- but manufactured by drug companies -- be offered at "affordable" prices. Pelosi opted to avoid a confrontation that could have delayed the legislation's path through Congress.

Instead, more than $3 billion would be dedicated to research and development on vaccines, medicines for treatment, and diagnostic tests, including $300 million for the government to purchase such drugs from manufacturers at "fair and reasonable" prices to distribute them to those who need it -- which is the standard applied in earlier crises like the 2009 H1N1 flu outbreak.

It also would provide more than $2 billion to help federal, state and local governments prepare for and respond to the coronavirus threat, including $300 million for the Centers for Disease Control and Prevention's rapid response fund. Another $1.3 billion would be used to help fight the virus overseas.

Almost $1 billion would provide medical supplies and other preparedness steps: $350 million to aggressively go after the virus in "hot spots" like Washington state; $500 million to buy drugs, masks and other medical supplies for states, local governments and hospitals; and $100 million for community health centers. It would devote $500 million to Medicare for remote "telehealth" consultations that would permit sick people to get treatment without visiting a doctor.

"This robust, bipartisan agreement goes far above the president's totally inadequate request to actually meet the needs we are hearing from our states, and will help ensure tests and vaccines are available to everyone who needs them," said Sen. Patty Murray, D-Wash.

The legislation comes as the outbreak in the U.S. appears increasingly likely to affect workers who would be instructed to stay home, immigrants who may fear seeking treatment because they are in the U.S. illegally, and homeless people.

"The American people are apprehensive about the spread of the coronavirus in the U.S. and abroad. Global financial markets are on edge," said Sen. Richard Shelby, R-Ala., chairman of the Appropriations Committee. "Both are resilient, but vigorous action is needed to calm nerves, stabilize the situation, and get our arms around this crisis."

Vice President Mike Pence, who is coordinating the administration's response, returned to the Capitol on Wednesday afternoon to separately brief House Democrats and Republicans, winning praise from both sides.

"The vice president is trying to be as calming as he can, and frankly his comments for the most part ... his comments seem to be pretty well aligned with where we are on this," said Rep. Dan Kildee, D-Mich.

"We want to make sure the American people can go to their doctor, can go to the local MedCheck or CVS and obtain access to coronavirus" tests, Pence said Wednesday during a White House meeting with laboratory executives.

Also on Wednesday, top congressional leaders met to discuss what additional steps may be needed to ensure the safety of the Capitol complex -- for lawmakers and their staffs, as well as the annual influx of visitors this spring.

Afterward, Pelosi said it was a "good, positive meeting about unity, and how we want to protect the Capitol and have continuity of operations for the Congress." Asked whether the Capitol and its visitors center and galleries will remain open, Pelosi said, "Yes, at this time yes."

Wednesday's developments also included a move by the Department of Health and Human Services to provide an initial $35 million in aid to 28 states and localities to help their public health departments respond to the outbreak and increase their surveillance for the virus.

Washington state, which has seen 10 deaths, will get $2.75 million, while California will get $4.5 million. The money should be available to the states by early next week, federal officials said, and comes from more than $135 million that Health and Human Services Secretary Alex Azar transferred from other department accounts to help with the coronavirus response.

In California, officials in Placer County, near Sacramento, said an elderly person who tested positive after returning from a San Francisco-to-Mexico cruise had died. The victim had underlying health problems, authorities said.

Washington also announced another death, raising its total to 10. Most of those who died were residents of Life Care Center, a nursing home in Kirkland, a suburb east of Seattle. At least 39 cases have been reported in the Seattle area, where researchers say the virus may have been circulating undetected for weeks.

Seema Verma, head of the federal Centers for Medicare and Medicaid Services, said the agency is sending inspectors to Life Care along with experts from the CDC to figure out what happened and determine whether the nursing home followed guidelines for preventing infections.

Meanwhile, Trump sought Wednesday to deflect criticism of his administration's response to the coronavirus onto his predecessor, complaining that a federal agency decision under former President Barack Obama had made it harder to quickly enact widespread testing for the virus.

"The Obama administration made a decision on testing that turned out to be very detrimental to what we're doing, and we undid that decision a few days ago so that the testing can take place in a much more accurate and rapid fashion," Trump said. "That was a decision we disagreed with. I don't think we would have made it, but for some reason it was made. But we've undone that decision."

Health experts and veterans of the government during Obama's presidency said they were unaware of any policy or rule changes during the last administration that would have affected the way the Food and Drug Administration approved tests during the current crisis.

Obama did not immediately respond to the president's remarks Wednesday.

In all, more than 94,000 people have contracted the virus worldwide, with more than 3,200 deaths.

Officials in the United States have confirmed 11 deaths and more than 100 cases.

South Korea reported 145 new infections today, down from 851 a day earlier. More than 5,700 people in South Korea have contracted the virus and 32 have died.

Italy's virus cases top 3,000, and the death toll stands at 107. The country closed all schools and universities Wednesday and barred fans from all sporting events for the next few weeks.

Saudi Arabia, with one case reported, barred citizens from making the Muslim pilgrimage to Mecca.

About 1,200 Israelis have been instructed to quarantine themselves after being near an infected teenager. There have been 12 cases reported there.

Meanwhile, the outbreak appeared to be relenting in China.

China announced 139 new cases today, along with 31 deaths, the lowest figures since at least Jan. 20. "We believe this decline is real," World Health Organization outbreak expert Maria Van Kerkhove told reporters the day before, adding that other hot spots may be able to reduce new cases, too.

Governments are struggling to contain anxiety among households, businesses and investors about a prolonged economic impact. South Korea proposed a $10 billion stimulus package Wednesday as its cases soared past 5,200, the highest national count outside China.

Authorities in Australia warned against the hoarding of toilet paper, while China tightened restrictions on arrivals amid concern about cases being imported. In Europe, organizers canceled the London Book Fair, which usually draws about 25,000 people. The French government said it would take steps to regulate the price of sanitizing hand gels. 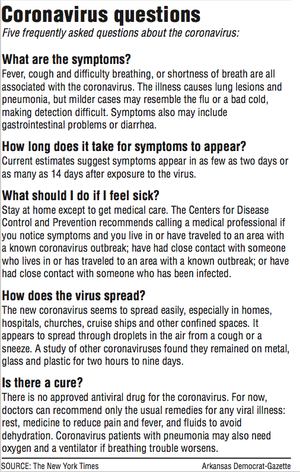 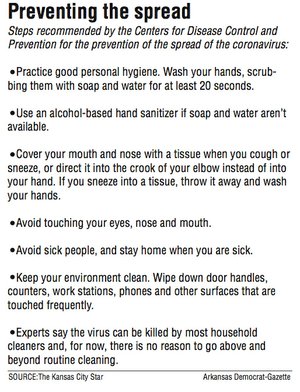