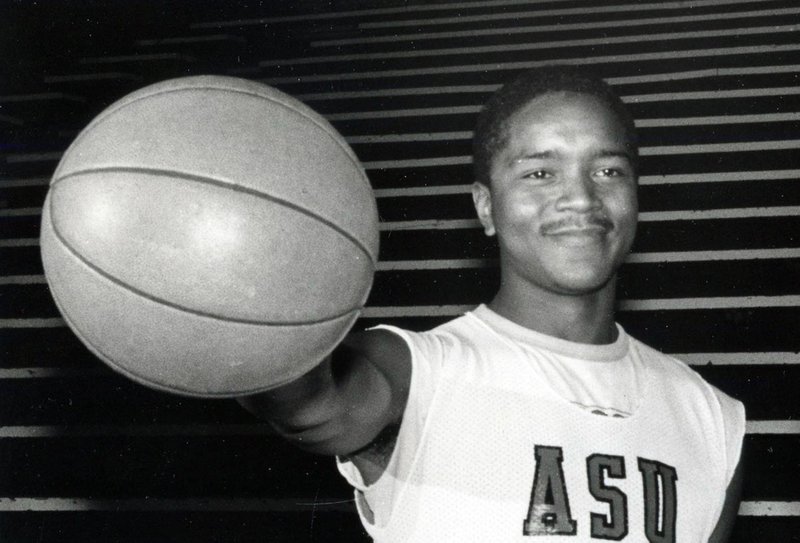 The sharp question from an opposing coach never has escaped Nelson Catalina's memory.

On Dec. 6, 1985, in Iowa City, Iowa, Catalina -- then in his second season as head coach of the Arkansas State University men's basketball team -- watched a freshman forward named John Tate come off the bench and help lead the ASU to a 66-62 upset victory over the University of Iowa in front of 11,665 fans inside Carver-Hawkeye Arena.

John Tate at a glance

The third in a series profiling inductees into the Arkansas Sports Hall of Fame Class of 2020.

In just the fourth game of his college career, Tate scored a game-high 23 points on 8-of-10 shooting and grabbed 9 rebounds in 24 minutes.

After the game, Catalina was being interviewed on ASU's postgame radio show. Iowa coach George Raveling was a few feet away doing his own radio interview.

At some point, the bemused losing coach looked at Catalina and posed his own question.

"He said, 'Who in the [expletive] is John Tate?' " Catalina recalled, chuckling.

"Coach, you just found out who he was," Catalina told Raveling.

Over the next four years, plenty of others found out about Tate. On March 13 at the Arkansas Sports Hall of Fame induction banquet inside Little Rock's Statehouse Convention Center, plenty more will, too.

"Looking back, when I played basketball, I played it because I really enjoyed it, not necessarily to receive any type of award," said the 52-year-old Tate, who's resided in his hometown of Pine Bluff for the past 25 years. "Now being inducted into this hall of fame, I mean, this is just a great, great, great thing."

Tate, who was a star at Watson Chapel High School in Pine Bluff and the Arkansas Democrat-Gazette's player of the year as a senior, became the centerpiece of some of Catalina's most successful ASU teams from 1985-89.

So it was only fitting that Catalina, a 2010 Arkansas Sports Hall of Fame inductee, was the one to deliver the news to Tate.

Catalina called in November, as Tate was picking up his grandson from school. Tate keeps in frequent contact with his old college coach, so he assumed this conversation would be no different than any other.

Tate was wrong this time.

"I was at a loss of words," he said. "When I got off the phone with him, then I called my wife, and her and I, we just kind of, you know, just shouted. Just real, real appreciative and thankful for this opportunity."

Tate's name is scattered all over the ASU record book.

The 6-7 forward is the program's third-leading scorer, eighth-leading rebounder and fourth-leading shot blocker. He's also tied for 10th in steals, and he has ASU's fifth-highest field goal percentage at 60.1%.

No player in program history has played in more games. Tate appeared in 128, starting 108 of them.

Catalina said Tate could score against anyone, and it didn't matter whether the defender was a 6-5 wing or a 7-0 post.

"He had this just unbelievable, uncanny knack of shooting over people regardless of their size, their length," Catalina said. "He was phenomenal."

Catalina -- who's 69, retired and living in Fayetteville after spending 40 years in Jonesboro -- maintains in a lighthearted manner that Tate "just wasn't a great practice player."

"My first thought was, 'Oh my gosh -- [if] this guy plays like he practices, he's gonna have a real short career,' " said Catalina, who has the second-most wins in ASU history. "He was not lazy in any stretch of the imagination. He just had another gear when the lights came on on those given nights, and I don't know how he did it but he did, and I'm glad he did because he was dang near unstoppable when the lights came on."

Tate was part of three of Catalina's four NIT teams, and he played in some of the biggest games in program history, including ASU's famous meeting with the University of Arkansas in the first round of the NIT on March 13, 1987, at Barnhill Arena in Fayetteville.

That game is remembered for ASU blowing a 21-point lead in the second half before eventually losing in overtime, 67-64. Tate had a game-high 18 points and 14 rebounds for ASU.

"We played a good game. We went in with the mindset that we're gonna play our type of basketball and play hard, don't panic," Tate said. "Man, it was packed in there, and them Razorback fans were hollering, and the few ASU fans that we had, they were hollering just as loud as they were."

During his senior season, Tate scored a career-high 35 points to lift ASU to an 81-73 victory over Marshall on Dec. 16, 1988, at the Kentucky Invitational in Lexington.

"He was our best player. No doubt," said Bo Brown, a former teammate who ranks eighth all time in steals in ASU history. "Just watching [Tate] do his work, it's like an art, and I still visualize it to this day.

"Tate didn't have no weakness in his game. He was a warrior -- relentless, tireless worker."

Brown -- who's 53 now and works for AT&T and as a dump truck driver in his hometown of Nashville, Tenn. -- transferred to ASU from Wabash Valley (Ill.) College in 1987 and played with Tate his final two seasons.

Tate was the first person Brown met when he came to ASU on his recruiting visit. Brown recalled that soon after he got off the plane, Tate was there to greet him.

"Ever since then," Brown said, "it was like we were inseparable."

He attended a 10-day rookie camp for the Golden State Warriors, played briefly in the now-deceased Continental Basketball Association, and eventually found himself playing professionally in places such as Mexico, Australia, Holland and Argentina in the early 1990s.

Tate gave up his career and moved in 1993 to Omaha, Neb., where he stayed with his uncle and aunt, started working for a bottling company and later met his wife, Pamella. In 1995, the couple moved to Pine Bluff, where he later finished his general studies degree at the University of Arkansas-Pine Bluff.

For the past 25 years, Tate's settled down and raised a family. He has three children, including a son, John Tate IV -- who's a redshirt senior defensive lineman on the University of Memphis football team -- as well as two grandsons. He's worked as a sergeant at the Arkansas Department of Corrections for the past nine years.

He occasionally makes the trip back to Jonesboro to watch the team he used to play for, the most recent being in February 2019.

ASU put him in its sports hall of fame 22 years ago.

"John [was] not only a special player -- God gave us a special person," Catalina said. "And that's why I cared so much about him and made me so happy to have coached him for four years, is I never saw him down, I never saw him depressed. He always came in with a smile on his face and had a job to do and went out and did it.

"I would've never got out of coaching -- probably would still be coaching -- if you could assure me I could get John Tate's on my roster." 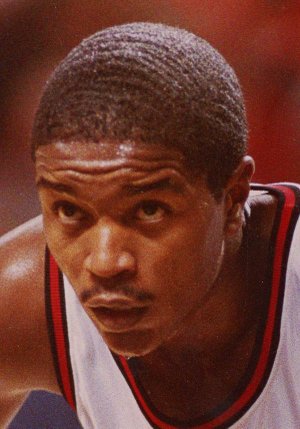